Positive Mind or Strategic Negativism: What's the Key to Success? 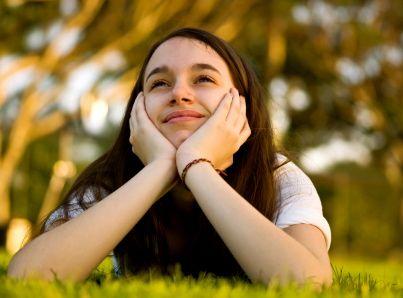 In
recent years everything seems to indicate that we are living in the empire of optimism.
Il Positive thought is in fashion like
never, millions of psychologically motivated growth manuals are sold
personal and the many "gurus" are exalted,
all the same, filling their timeline
in Twitter with clichés that probably reflect good intentions but
which are far from being applicable on a large scale, and then lacking in value
real. Ma a
to tell the truth, if only we paid a little attention, we would understand that the
success isn't all that closely related to positive thinking but
rather to a whole series of specific behaviors and skills e
concrete: having well-defined goals, having the right motivation, knowing
our limits and potential, be persevering… Indeed, the
famous study carried out by Lewis Terman back in 1921, has already demonstrated
then that success in gifted children does not depend so much on theirs
intelligence but rather from perseverance. Likewise, a study
much more recent published by Psychological
Science, warns us of the risks of positive thinking
stating that it can be a good technique, but not for everyone and not for
everything, as it could turn into a dangerous boomerang effect. Indeed,
there is a reality that normally the "gurus"
of Positive Psychology hide us. The fact is that we can
to do even if we are not in the mood. So much so that it is proved that the
women living in developed countries manage the economy much better
compared to men, since the latter tend to abandon immediately and
fall into depression. It means
What do women apply more to Positive Psychology? I do not believe.
It is probably all due to the fact that culturally, they have developed a
greater sense of responsibility than the family and this pushes them to
go on without hesitation. Then the conclusion we can draw is
that we can feel bad enough to want to escape but we will always be
able to carry out a project. Of course, we probably won't hear from each other
happy and relaxed, but we could still get good results. Furthermore,
sometimes negative thoughts can be productive too. For example, if
we think we could lose our job maybe this will push us to look for one
other with the right advance and, who knows, maybe we even meet a new one
more interesting and stimulating work than the current one. It's like the relationship between eustress
and distress; a little eustress is in fact positive since it gives us energy
necessary to undertake new projects and solve problems
particularly difficult.

In
actually, our success in life doesn't depend so much on our thoughts
positive but rather from our attitude, from the capacity we have for
assume our responsibilities and our coping skills new
challenges. Let us always remember that a thought without a consequent action is a lot
useless as the dance to propitiate the rain.

add a comment of Positive Mind or Strategic Negativism: What's the Key to Success?