Pomegranate, the exotic fruit with 1000 properties 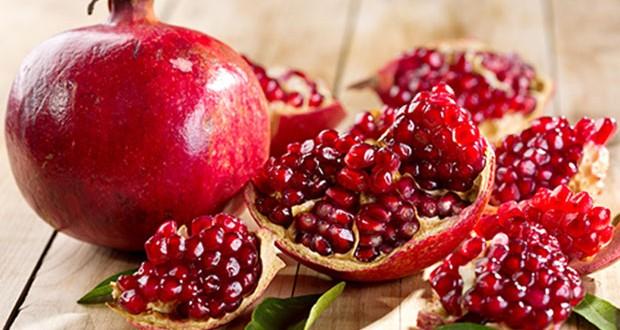 Il pomegranate (Punica granatum) is a punicaceae native to a large area close to India, Pakistan and China, around the Himalayas, but since ancient times man has cultivated it allowing it to adapt to the countries of Central Asia, to today's Iran and, through the trade of the Mediterranean peoples, to Southern Europe, the Caucasus and North Africa.

It is a tree with a tendency to develop in a shrubby way, which only in rare cases reaches ten meters. In May it begins to bloom, with gorgeous bright red flowers, from which i moved globulari, also red, except for some cream or black varieties. Likes sunlight, spring rain and dislikes warm winters.

The fruit and its properties

As early as October, the plant bears fruit giving our tables pomegranates, a berry botanically defined as balust, which is rich in seeds surrounded by juicy red gelled arils.

It has a high potential antioxidant, antibacterial and cardioprotective thanks to the numerous tannins typical of the species and ascorbic acid. It is therefore recommended for circulation problems, to fortify the entire cardiovascular system, as an anti-aging of tissues and cells and antibacterial in case of seasonal illnesses, especially in winter.


How to consume it

The best way to consume the pomegranate remains to eat it fresh, cutting the apical part and opening it into sections without cutting the arils, losing their juice and triggering oxidative processes.

The red arils can be used for seasoning salads and fruit salads, or to integrate muesli or cereal-based breakfasts, or to produce juices filtered, centrifuged o Estratti.

The name Punica it literally means "Carthaginian", as the Latins learned of the fruit through their historical rivals. There are also lesser known varieties that have dwarf fruits, or green, yellow, or black, or with white or pink flowers.

The pomegranate is a recurring symbol in many cultures: for Jews, Zoroastrians, Hindus, Muslims, Christians and for many pagan currents, the pomegranate fruit alludes to the fullness of the spirit, spiritual love, abundance, prosperity and fruitfulness.

Audio Video Pomegranate, the exotic fruit with 1000 properties
The tree of the seven virtues: persimmon ❯

add a comment of Pomegranate, the exotic fruit with 1000 properties