Pike push up | How is it done? Muscles involved and common mistakes

With the term pike push up we want to refer to a closed kinetic chain exercise that represents a sort of propaedeutic for the more advanced hand stand push up exercise.

Comparing a normal push up with a hand stand push up the pike push represents a middle ground between these two. The movement of the body in the pike is oblique with a progressive vertical component depending on the increasing difficulty of the exercise.

The term preparatory does not mean that the exercise is easy or incomplete. This folding variant in fact requires good mobility and good balance as well as high strength depending on the executive detail. 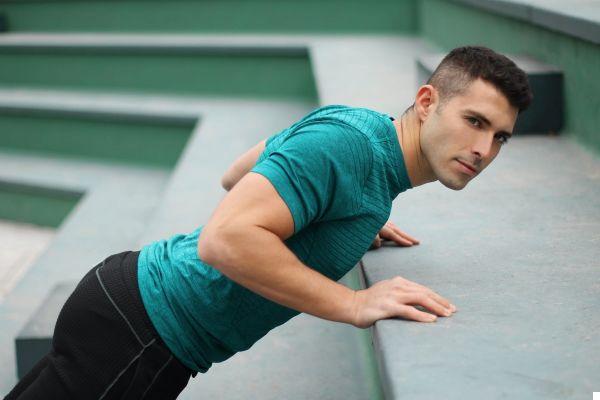 To assume a correct starting position, start in a push-up position on the ground. Bring your feet closer to your hands according to your abilities: the closer your feet are, the more difficult the exercise becomes.

Contract the quadriceps and abdominals, this profile position should be similar to a triangle with a more or less acute apex. The structure of the torso and legs must remain unchanged during the entire exercise.

The execution of the bend is as follows:

The main muscles involved are:

These are the protagonists of the elbow extension. The shoulder is in almost complete flexion and therefore the long head of the triceps is pre-stretched and consequently participates in an important way in the movement. The elbow joint does not make a complete excursion, the triceps therefore is not completely stretched, but the load it has to move is relatively high.

The chiefly involved garments are certainly the front one, then the central one and finally the rear garment. The anterior deltoid works in shoulder flexion during the entire execution, therefore both to maintain the attitude of the exercise and to move the torso during the bend. The central deltoid and the posterior deltoid also participate in the movement, the former more than the latter, and also work as stabilizers, the latter more than the former. 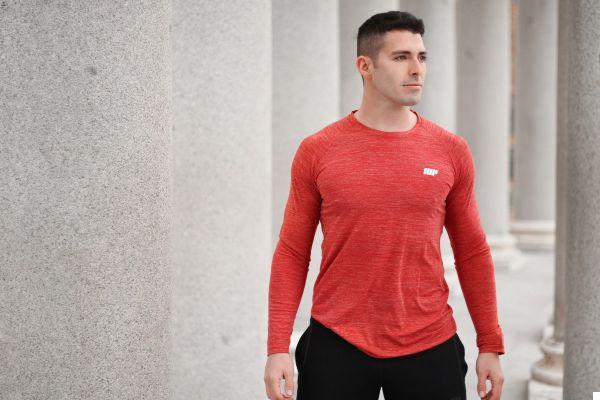 These two muscles work synergistically to keep the shoulder flexed. The dentate allows to orient the glena (shoulder component) upwards extra by rotating and abducting the scapula while the inferior trapezius assists the anterior dentate in positioning the scapula as well as contributing (indirectly) to maintaining thoracic extension.

The rectus abdominis in particular works for the lower body in position relative to the trunk and vice versa. The hip flexors contribute to this task. The oblique and deep abdominal musculature guarantees core stability, avoiding any lateral flexions and extensions.

Keeping the knees fully extended with the feet flat on the ground and the flexed pelvis requires good mobility of the plantar flexors (especially the gastrocnemius) and hamstring. In the case of stiffness of the gastrocnemius, one tends to remain only on the tips of the feet, making the position very unstable, while if one is rigid in the hamstring, it is not possible to keep the knees fully extended or the pelvis in flexion. Another hard area is: 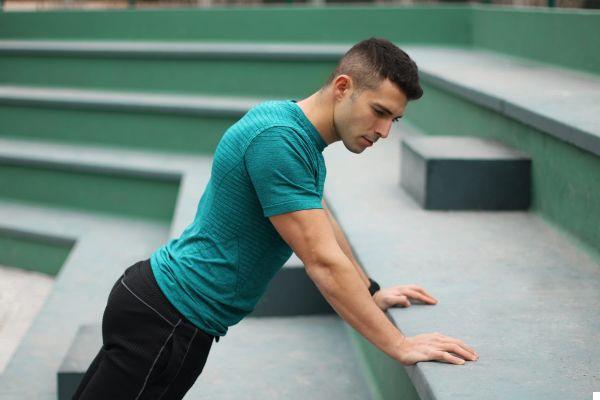 2. The chest area and shoulders

If you can't get decent shoulder flexion, you need to work on this. To do this, position yourself in the starting position and keeping the elbows extended try to bring the axillary area towards the ground feeling a strong extension in the area between the shoulder blades.

As mentioned earlier this exercise is not easy, especially if you have a decent body weight. In case of muscle weakness, in particular of the muscles of the shoulders and shoulder girdle, there is a tendency to lose the alignment of the body above all it is not possible to keep the elbows oriented backwards and also goes to reduce the ROM of the movement.

add a comment of Pike push up | How is it done? Muscles involved and common mistakes