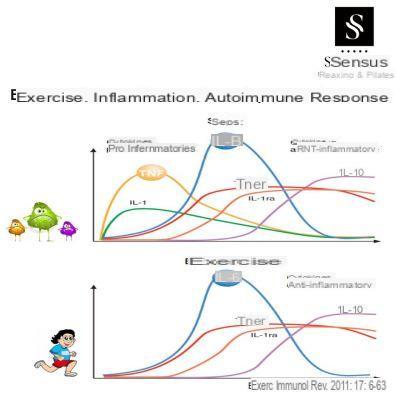 The immune system is a major one defense mechanism of the organism, capable of to recognize e destroy i pathogenic factors, and therefore contribute to maintaining theinternal homeostasis.

In recent years, some research has been conducted on physical activity and the immune response in the athlete, finding that not always this binomial is synonymous with perfect immune efficiency. However, this DON'T means that i benefits resulting from the performance of regular physical activity are da scale back.

The purpose of this article will be to describe the relations between immune system el 'exercise physical, highlighting all of those circumstances in which the appearance of infections in athletes.

What is the immune system made of?

The immune system is made up of central organs e peripheral; of the power plants are part of the thyme and bone marrow, while the peripheral ones are represented by lymph nodes, spleen, lymphoid cells of blood and sap (3, 7).

Organization of the immune system

The immune system is organized in two functional structures:

The activation of the two systems is triggered from mating antigen-cell, from the intercellular one and from theintervention of some polypeptides known as cytokines, lymphochine, monochine, interleukins. These substances have the ability to to intervene on receptors of target cells. L'activation of the complex T e B provides for the uptake ed processing dell 'antigens, in tune with molecules of histocompatibility (HLA-DR), by the macrophages and other cells. These elements elaborate and free theinterleuchina 1 (IL-1) which, in turn, causes "T helper" (CD4 +) cells to produce interleuchina 2 (IL-2). This second cytokine promotes and regulates the replication of antigen-specific and helper effector cells.

Other elements that can determine the growth, differentiation and specific activity of T and B lymphocytes in the various stages of their development, are theinterferon and interleukins-4,-5 and 6 and the so-called Tumor Necrosis Factor (TNF).

Other factors - including the one that activates macrophages and IL-1 - recall e activate the elements of the non-specific defense. The production of IL-1, TNF and IL-6 is simultaneous, following stimulation by a variety of infectious and non-infectious agents. It should also be noted that targets of these cytokines are not only cells belonging to the immune system, but also others belonging to organs e different systems.

Thus, IL-1 is able to adhere to cells endothelial e fibroblasts, promotes the reabsorption dell 'bone and destruction area of cartilage, stimulates the replication di epithelial cells, synovial ed endothelial and fibroblasts; instead it has an effect catabolico on cells muscle and causes the death of some cell lines, induce the production of prostaglandins and the synthesis of enzymes in man, e promotes partly the response phase acute by the epatocyte, L 'incretion di ACTH and fever; like TNF induces the production di IL-6, TNF - whose name expresses the ability to destroy some tumors by obliterating their vessels or directly attacking their cells - it acts in practice on same target cells of IL-1, on which it has the same effect or acts synergistically. Plus, it's a powerful one inductor di IL-1 in macrophages and in endothelial cells.

Of all cytokines, TNF it is the one with the most marked power pro-inflammatory, while the part carried out under the immune response specific is much more modest.

IL-6finally, it exercises a outdoor di IL-1 e TNF. His effects I am particularly marked on liver and on CNS and many minor on the system in charge ofspecific immunity. It can be said that the main activities of IL-6 are more of type conservative and pro-inflammatory (1,8, 10).

L'activation of the cell B leads us to transformation in plasma cells which, in turn, are stimulated to to produce immunoglobulin. These can be batched in serum and other organic liquids (e.g. saliva) and are divided into 5 classes:

Continue reading at the following article:

add a comment of Physical Exercise and Immune System