Pescetarian diet: what is pescetarianism and how does it work? 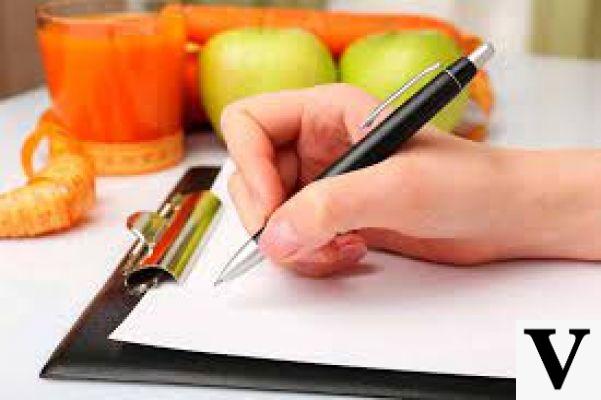 The term pescetarian was coined in the early 1990s and is a combination of the words fish and vegetarian.

Indicatively, this type of food is close to the realm of vegetarian and vegan diets because it shares some points, and describes people who choose to follow a meatless diet, but include fish and seafood .


Why choose a pescetarian diet

There are several reasons why people choose to follow a pescetarian diet.

I The health benefits recognized from plant-based diets are diverse, including reduced risk of obesity and chronic diseases such as heart disease and diabetes.

Add to these the nutritional properties of fish, and according to one study the level of well-being would increase. The first effect would be to keep weight stable and, in some cases, promote weight loss.

Other ideas have established that pescetarians would have a lower risk of developing diabetes (4.8%), compared to omnivores in (7.6%), as well as also develop malathic cardiac compared to normal meat eaters (22%).


Another diet that promises many health benefits is the green Mediterranean diet.


There are foods that when eaten together increase their benefits.

Among the healthiest fish are tuna and salmon.

However, if the fish is eaten raw, it is good to be careful.

In addition, before consuming it is essential to ask if it is in season.

Livestock has a high environmental cost, so much so that according to the United Nations contributes 15% of all carbon emissions produced by man.

In contrast,fish and seafood production has a smaller carbon footprint than the production of any type of meat or animal cheese.

A 2014 study calculated that the diets of fish eaters caused 46% less greenhouse gas emissions than those of people who ate at least one serving of meat a day.

Indeed, in recent years, other types of negative environmental impacts attributable to fish farming have been recognized, first and foremost theoverfishing of krill for feed, a planktonic fraction essential to the marine food chain.

Ethics is usually one of the main reasons why people choose to become vegetarian and this philosophy can also be extended to fishmongers.


Specifically, the reasons for this choice are:


Again, this is an objectively incorrect motivation. Although ethics is a "very personal matter", it is impossible not to realise that fish farms can also be intensive and, in general, much more questionable than animal farms.

Arousing less empathy on the other hand, even if I grew up in terrible environments, fish products don't seem to concern most consumers, who instead seem perplexed about the wholesomeness of what they will eat.

What do fishmongers eat?

A typical pescetarian diet is primarily vegetarian with the addition of fish and shellfish.

On the other hand, pescetarians do not eat..:


Benefits of adding fish to a vegetarian diet

Often those who decide to embrace one's vegetarian or vegan diet raise concerns that completely excluding animal products or avoiding meat can lead to a low intake of some key nutrients. In particular, vitamins B12, zinc, calcium and protein may be a little harder to come by on such a diet.


However, the addition of fish and shellfish such as crustaceans and molluscs can make up for these deficiencies and provide nutrients and a variety of benefits.

But is there a diet suitable for the over 50s?

Fish is the best way to get omega-3 fatty acids.

Some plant foods, including walnuts and flaxseeds, contain alpha-linolenic acid (ALA), a type of omega-3 fat. However, this type of ALA is not easily converted to eicosapentaenoic acid (EPA) and docosahexaenoic acid (DHA) in the body. DHA and EPA have additional health benefits, helping not only the heart, but also brain function and mood, and fatty fish such as salmon and sardines contain them in large amounts.

Eating the right amount of daily protein can be difficult if you only use vegetables, especially if you don't want to overdo it with extra carbs or fats.

On this mission, therefore, come to the aid of fish, which offers an excellent source of lean protein.

Seafood is rich in other nutrients

In addition to omega-3 and protein, seafood have many other nutrients.

For example, le oysters I am extremely rich in vitamin B12, zinc and selenium; the mussels di vitamin B12 and selenium, manganese and the rest of B vitamins and some varieties of white fish such as cod and flounder are a source of protein extremely lean.

Contraindications of the pescetarian diet.

On paper, there are no particular contraindications to deciding to join a basic vegetarian diet with the addition of fish and seafood. However, it is always a good idea to consult a doctor before doing so. Your body may be sensitive to the high intake of elements found in some fish, such as mercury and other toxins.

In particular, although children and pregnant or breastfeeding women are not absolutely forbidden, it would be better not to abuse tilefish, swordfish, king mackerel and albacore tuna.

Audio Video Pescetarian diet: what is pescetarianism and how does it work?
Plank Diet: What is it? Does it work? ❯

add a comment of Pescetarian diet: what is pescetarianism and how does it work?