Personalized supplements and their use 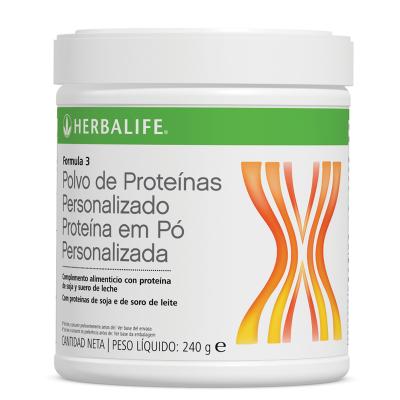 Let's find out more about personalized supplements: this is what Loris Zoppelletto, CEO of Meetab, tells us.

First of all I would like to ask a few questions about how the world of supplements is evolving, given that this topic is becoming more and more topical in the world of health. How many people currently use supplements in the country and Europe?

It is a trend that has also been gaining ground in Europe for some years now and the trend does not seem to be decreasing. I say "also" in Europe because in other countries such as the United States, according to statistics, the About 35% of people take a supplement on a daily basis.

Europe, perhaps due to the fact that it has more nutritious food on average, has felt less of this need so far.

Unfortunately, the data is now certain: the nutritional properties of food are declining here too, and the resulting deficiencies gradually lead to a decline in health.

A rather depressing figure. How do we deduce that the nutritional contents of today's food are so scarce compared to once upon a time?

There are a lot of scientific publications and researches that claim this. Perhaps the clearest is the World Earth Summit held in Rio in 2012. It is a study that every 20 years provides the general picture of the state of food on the planet and the data published in 2012, compared to those published 20 years earlier, are clear: the amount of micronutrients such as mineral salts and vitamins, have dropped dramatically. There is talk of an average decline of 50% over the past 20 years.


The situation is even more alarming if you look at the 1992 congress. On that date a average soil depletion 80% compared to the previous 20 years.

It may not be obvious why you get sick from nutrient deficiencies but we must remember that vitamins and minerals are the key ingredients to make our metabolism work. In their absence, it fails to carry out its tasks which are to continuously function and repair the body.

Despite the organism's enormous capacity to compensate for nutrient deficiencies, sooner or later the knots come to a head and the situation precipitates into a health problem.

Now the scenario seems clearer to me, albeit even more alarming.

However, there are many supplement manufacturers in Europe. How does Meetab fit into this scenario, or rather what are its specific characteristics?

As you said, there are many manufacturers and, to be honest, there are more and more manufacturers making good quality supplements. The era in which people were not informed about the types of supplements and ended up taking the least expensive one is ending, with terrible consequences on the quality of the vitamins they took.

Consumers are more and more mature and they know that certain varieties of chemically derived vitamins are useless to the body if not harmful.

In Meetab, however, we have taken a step forward. The concept of personalization is the key to our work. A person does not objectively know what he needs to rebalance his personal metabolic state. There are many factors involved such as genetics, the expression of the genes themselves (or epigenetics), eating and living habits.


One can take vitamin C because he has heard good things about it from someone and that will definitely not hurt him. Perhaps, however, at the same time he finds himself having a profound deficiency of B1 which if solved would give him enormous improvements and he knows nothing about this. It would be a shame to spend money for a small advantage when with an even lower expense it could go to rebalance what it has been missing, perhaps for many years.

And how do you fulfill this promise to discover for each of us which is the most suitable integration? I imagine that expensive and thorough examinations are required to make such a thorough analysis.

In fact we started right from very sophisticated analyzes to realize the dream of giving everyone the integration tailored to their condition.


Thanks, however, to the studies we have done, in collaboration with theEuropean Institute of Nutritional Medicine, it was possible to create a much simpler, and above all free, tool to estimate the real condition of the metabolism and remedy it with personalized supplements.

The tool we use is the test Numex® which is invaluable for understanding in which direction our metabolism is unbalanced and how to bring it closer to its ideal state of functioning.

Anyone can use the Numex® to receive an estimate of their metabolic condition and a series of tips to improve it by changing their habits and correctly integrating the diet with targeted supplements.

Obviously we are talking about healthy people who want to improve their overall health by using personalized nutrition but an increasing number of professionals (including doctors, physiotherapists, psychologists, personal trainers and various health professionals) use Numex® to provide clients with personalized integration as a support to therapies as it is clear from numerous experiences that in the presence of correct nutrition the various therapies have a drastically greater success.

Audio Video Personalized supplements and their use
Folic acid: what is it for? ❯

add a comment of Personalized supplements and their use