I pepperoni (Capsicum annum), belong to the Solanaceae family. Native to South America and the Antilles, in warmer countries the plant is cultivated as a perennial. In el Paese instead it is one annual plant since the cycle ends in winter due to too cold. Let's find out better.

> Properties and benefits of peppers

> Calories and nutritional values ​​of peppers

> They say about them

> A recipe with peppers 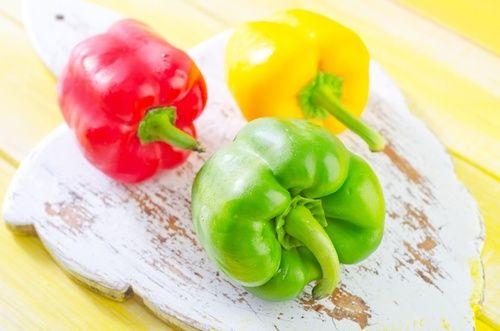 Properties and benefits of peppers

In favor of the use of peppers in the summer season there is its ability to replenish water, being composed of 92%, and mineral salts such as phosphorus, magnesium, potassium, iron and calcium. Contains a percentage of vitamin C four times higher than in citrus fruits with the consequent ability to increase resistance to infections; it also strengthens the muscles and promotes iron absorption.

50 grams of peppers, especially red peppers, contain 75% of the recommended daily allowance (RDA). Furthermore, together with the content of vitamin A, of which 0,7 mg per 100g are very rich, we get the benefit of one prevention from free radicals thanks to the antioxidant properties of these two vitamins.

This allows, according to studies, to prevent aging skin diseases, cancers and cardiovascular diseases. Among the vitamins we find the presence of group B and vitamins E, J and K. Potassium and carotene also have diuretic properties therefore useful for urinary functions.

The percentage of fiber is good and this makes it one of the foods useful for weight control given the sense of satiety that increases with few calories per serving (low-calorie diet). Another substance present is the capsaicin, much richer in its “brother” chilli, but also in peppers we find it in good quantities under the peel which thus has antibacterial, antidiabetic, analgesic and anticancer properties.

Some people don't digest pepper; on the one hand, there is a reason presence on the cellulose peel that we humans do not split like herbivores and therefore in large quantities it results indigestibleOn the other hand, modern nutrition leads to the consumption of too many products of the solanaceae family that contain a substance called solanine, which if taken in high doses is even toxic and the body often becomes intolerant of it, also refusing digestion.

The pepper produces less solanine if it is grown in the sun and during its cultivation period (summer), so the best way is to respect the seasonality for both peppers and other solanaceae (potatoes, tomatoes and eggplant) without abusing the quantities. The last tip is to prefer colored, red and yellow peppers, while the green ones being more unripe are to be avoided given the higher percentage of solanine.

Calories and nutritional values ​​of peppers 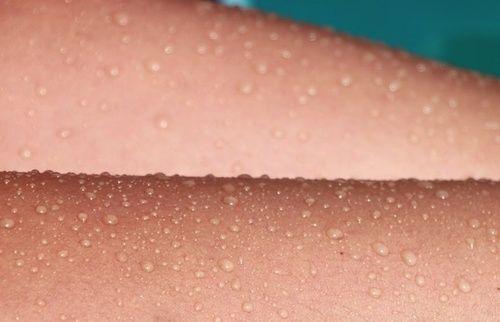 The pepper is very varied in shape, color and flavor: we can find more elongated shapes suitable for frying, commonly called "friggitelli”, More round, bell-shaped or vaguely quadrangular shapes.

The flavor ranges from sweet and delicate to strong and spicy. The dimensions are variable according to the variety. The color changes in ripening from green to yellow, from green to red, from green to yellow or red streaked. Some particular typical varieties have speckles and shades towards purple, orange and other dark colors.

A study on pepper extracts indicates the reduction in the risk of contracting some forms of cancer, for example that of the brain probably caused by nitrosammine, precisely because the pepper seems to inhibit these carcinogenic substances.


The content of vitamin C and beta-carotenes seems to be an integral part of this protective effect even if its mechanisms are not yet well known. For the use of pepper as nutraceutico it is therefore advisable to avoid cooking which reduces the vitamin C content by up to 60%; it is mainly prepared raw in salads, both red and yellow, and the seasonality of the product must be respected, which in this specific case is summer.

Another study showed that the luteolin substance found in peppers is useful for slow down the aging of brain cells which thus leads to improving memory and staying younger.

A recipe with peppers

A buying tip is to choose firm, shiny peppers without bruises with tight skin. The green petiole must be taut and well attached. For those who have problems with the digestion of peppers, it is possible to remove the peel by blanching in boiling water for a few minutes and then draining and passing under cold water.

ingredients: 2 yellow peppers, vegetable cream (rice, oats, soy, etc ...), 1 onion, extra virgin olive oil, salt and nutmeg.
Preparation: Prepare a dry pasta and at the same time prepare the following light and tasty vegetable sauce. Fry the finely chopped onion in olive oil ev, when browning add the yellow peppers cut into cubes (having carefully eliminated the inner part that supports the seeds and the seeds themselves). Add the vegetable cream and cook so that the sauce is reduced and add salt and nutmeg. After 10-15 minutes, depending on the consistency you like, put everything in the mixer and blend. ready to season dry pasta.

The vegetable of the summer

Other articles on peppers:
> Peppers among the vegetables of July
> August top vegetable peppers: how to eat them
> 3 lighit recipes with peppers