Parkinson's Laws: What Do They Teach Us? 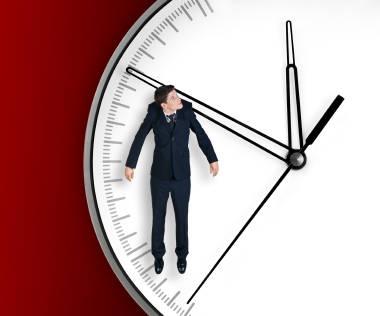 Cyril
N. Parkinson is not the one who gave his name to the famous disease
degenerative, but he is a British historian. In the 50s of the past century,
the British government gave him the task of studying the complicated system
bureaucratic related to the management of the colonies of the empire at the time
these by now had all, or almost all, made themselves independent. Like this, Parkinson, he discovered something
surprising: to the same extent that the empire was losing its own
colonies and therefore consequently the bureaucracy and the
work related to the same, on the contrary, public employees of this
sector grew out of all proportion due to the fact that public officials created
continuously new jobs to have subordinates employed by them
that they worked for them (or perhaps it would be better to say: that they worked for them
they).

This
trend was so strong that Parkinson claimed that bureaucracy was increasing for
number of employees and offices in the progressive measure of 5-7% per year and independently
the amount of work there was to be done. TO
at this point, Parkinson formulated three fundamental laws inspired by his own
practical experience: 1.
The job expands to fill all the time you have 2.
Expenses increase to cover all income 3.
The time devoted to any topic on the agenda is inversely proportional to
its importance Maybe
information technology can help us better understand these laws: in the past i
computers and memory disks had a small capacity, so we were there
we adjusted to the available space by optimizing resources. Today the memory of the
computers and external drives have multiplied their capacity enormously but
we keep filling them, sometimes with useless and duplicate files, and we end up with
need even more space. Parkinson's laws applied to
daily life
Se
if we apply these laws to our daily life we ​​could assume a maxim
which generalizes them: “The work expands
up to occupy all the available time; the more time you have e
the more the work and its importance, and it will require more effort ”. Or in
simple words: the more time we have, the more we waste it. Like this,
the first reflection to which Parkinson's laws lead us consists in
ask ourselves if all the activities we carry out on a daily basis are really
important to us and which of these we could eliminate with the aim of
have more time available to devote it to other activities that arise
more meaningful and pleasant. The second
Parkinson's law would lead us to wonder if we really need everything
what we own or, more importantly: if we need it all
that we want. This consumer society has created a lot of goods that don't
they are essential and even less necessary. However, we are not aware of
this and we continue to work to buy us perfectly useless things.
Instead, it wouldn't be better to invest this money in creating moments
unforgettable in the company of the people we love? It wouldn't be better to spare him
so we can afford the luxury of working less and spending more time on
our passions? In the end,
Parkinson's third law shows us the bad way we use the
our time. Let's stop for a moment and think about what are the three plus things
important in our life. Now let's ask ourselves how much time do we spend each day
to the same. We usually spend a good part of the day doing it
activities that are not meaningful to us and much less pleasant, while that
the really essential things take up a small-to-small space in ours
agenda.

Obviously
many will say that it is impossible to change since the company exercises one
strong influence on each of us. Unfortunately this is true, but we must remember
provided that things have the power that we ourselves have attributed to them.

The unbearable people who violate our rights ❯

add a comment of Parkinson's Laws: What Do They Teach Us?