La p is a spice that is obtained from the grinding of chilli. From action tonic and antiseptic, stimulates the digestive system, facilitates digestion and strengthens the circulatory system. Let's find out better.

> Properties and benefits of paprika

>  Calories and nutritional values ​​of paprika 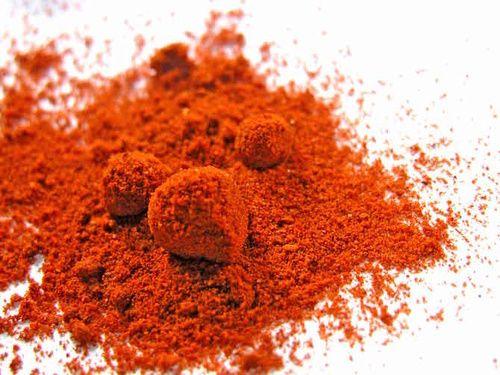 Paprika or paprika is a spice that is obtained from grinding of the chilli pepper, dried and deprived of the internal white part. The word derives from Hungarian and means precisely pepper.

Hungary is its home par excellence. Chilli, which belongs to the Solanaceae family, was introduced in Europe by the Hungarians, who in turn imported it from the Turks, who in turn had taken it from India. The plant, however, would be of American origin, both in Central and North and South America. It was already known to the Red Indians.

In recent years, cultivation has also developed in other areas, including Peru, Chile, Brazil, South Africa, Israel, China, South Africa, Mozambique. The intensity of the paprika varies according to the type of pepper used; the spiciness and flavor are also different depending on whether only the pulp or the whole fruit including seeds is ground.

The internal part of the pepper is in fact the one in which the capsaicin, the active ingredient that gives it its spicy flavor. Depending on the degree of spiciness, we have sweet, medium or spicy or strong paprika. The color of paprika is instead dependent on different pigments, known as carotenoids, among which lycopene prevails.

Properties and benefits of paprika

A teaspoon of paprika is about two grams. Generally speaking, it can be said that paprika has tonic properties, stimulates the digestive system and facilitates digestion, strengthens the circulatory system and is antiseptic.

The vitamins it contains are: vitamin E, B vitamins, vitamin C, vitamin K and beta-carotene. Among the minerals it contains we have: calcium, iron, phosphorus, magnesium, manganese, potassium, selenium, sodium. magnesium, phosphorus. The Turkish people used it as a medicine. Given its properties, paprika can also be consumed in herbal tea.

Calories and nutritional values ​​of parsley

Paprika has a delicate, slightly bitter, slightly spicy and aromatic taste. Its spicy side is very sweet and light, so as not to obscure the taste of the dishes. Paprika can be sweet, or spicy, when the inside of the chilli and the seeds are ground as well.

It is commonly used with meat, cheese, cream, tomato, onion, often in combination with other spices. In Hungarian cuisine it is used in many preparations, in particular the goulash, the meat and vegetable soup, and tokàny, a kind of stew. It is also present in some Balkan and Slavic cuisines, in the former Yugoslavia it is an ingredient to prepare ćevapčići, dish based on spiced minced meat.

Paprika is also used in Portugal and Spain, as the main ingredient for many typical preparations based on meat and sausages, but also for vegetables such as zucchini or in patatas bravas, where it can be alternated with pimenton. But be careful not to confuse paprika and pimenton!


Il peppers it is in fact the powder of a particular variety of smoked chilli pepper which is then ground. Paprika should be kept in tightly closed containers in the dark; it should be consumed in a very short time, as it tends to darken quickly and acquire an unpleasant taste.

Paprika powder can be purchased ready-made in jars or dissolved. Both in supermarkets and in specialized shops. It is also easily found on the internet.

In Hungary, the moment of harvesting the peppers used for paprika is experienced as a joyful ritual. On 8 September the women, dressed in bright costumes, collect peppers in the fields and after having stabbed them with a needle and thread and make long garlands that hang on special wooden supports and on the walls of the houses.

And on the hair ... Paprika, mixed with rosehip tea can produce beautiful red highlights on the hair brown. Apply the paste obtained on the hair for 15 minutes by wrapping it in a plastic film.

add a comment of Paprika: properties, use, nutritional values