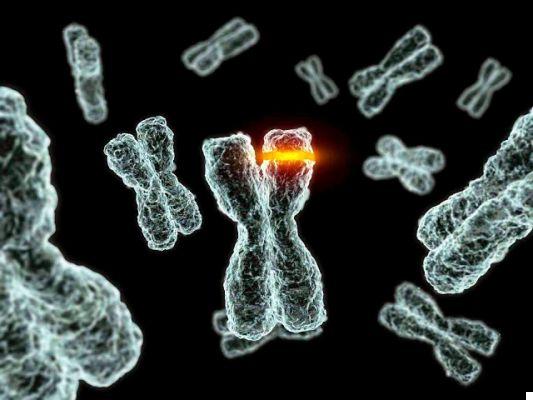 In Spain, 5% of people suffer from some form of anxiety and many of them have frequent panic attacks. In some cases the problem takes on such proportions that it prevents them from leading a normal life so much that the fear of a panic attack is so great that these people shut themselves up in their homes or avoid many social situations.

Panic attacks have been assumed to have a genetic basis for several years, but now, for the first time, researchers at the Center for Genomics Regulation have identified the main gene responsible for this problem: NTRK3.

This gene, which is responsible for encoding a protein essential for brain formation and neuron survival and for making connections between them, is also one of the factors that determine genetic susceptibility to developing panic disorder.

These researchers found that a problem with the NTRK3 gene produces changes in the brain that cause fear-associated memories to malfunction. In other words: by influencing the functioning of memory we will overreact to stimuli that do not represent a real danger, overestimating the risk that a given situation represents and feeling fear.

Basically, there are different regions of the brain responsible for processing environmental stimuli and for discriminating whether these are dangerous or not. However, the amygdala and hippocampus play a vital role in this process.

On the one hand, the hippocampus is responsible for the formation of memory and the processing of contextual information, which means that if we associate fear with a specific situation, it is likely that when we expose ourselves to this the hippocampus reminds us and makes us react with an anxiety attack. Furthermore, the amygdala is responsible for activating all physiological reactions related to fear.

The task of the NTRK3 gene would be to change the functioning of this system, making sure that the hippocampus registers the memories related to fear even in situations that do not represent real dangers, in such a way as to make us respond in an exaggerated way when we face them. .

However, beyond the genetic component that panic disorder can have, it must be emphasized that this problem has a solution. In fact, between 70 and 90% of people who undergo therapy are able to control symptoms and improve their quality of life. Remember that genetics is only one of many factors and there is no reason why it should be decisive in your life.

The effects of a horrible night ❯