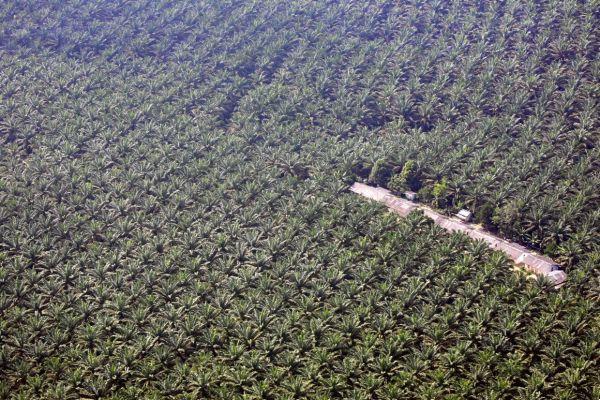 It is not always easy to understand if a food is good or bad, if the sources from which the information is received are reliable or not and above all if these are "controlled" or real.

Let's try to understand with a little objectivity what the path of palm oil was; because it got into food without causing a stir and then turned into the dreaded bugbear of the modern food industry; and finally it has recently returned to the fore, thanks also to an advertising campaign that boasts its merits, launched by the Association of the sweet and pasta industries and the country, as good oil.

We will discover that the debate is always heated, the positions are conflicting and that conscious choice is what really makes the difference.

Palm oil, the origin of the debate

It all started in October 2011, when the Parliament and the European Council adopted regulation no. 1169/2011 relating to the information that must be compulsorily reported on food labels. Now, this regulation has entered into force on December 12, 2014, although the provisions relating to the nutrition declaration are applicable from December 13, 2016.

Many companies have thus decided to make the labels already transparent, indicating the type of vegetable fat used, hence the wording "palm oil" has appeared in many products.


But what is palm oil?

Palm oil is a saturated fat used for packaged food products and more, proving to be the most suitable for conservation, resistant to environmental factors, such as temperatures and light.

It is therefore necessary know the percentage of long-chain saturated fats present, and even here it depends on the type of palm oil used, since it exists crude palm oil, with a reddish color, derived from fruits and rich in saturated fats and antioxidants; palm kernel oil, derived from seeds, white as butter; and finally therefined palm oil, the most used industrially, fluid like a normal seed oil, which during refining loses the important antioxidant component it contains.

The latter oil contains many saturated fats, 47%, consisting ofpalmitic acid, one of the long-chain saturated fatty acids, Then harmful to the cardiovascular system if consumed in excess, which in addition to leading to obesity and diabetes would be harmful to the pancreas.


Furthermore, about 51% of the "protective" fatty acids, monounsaturated and polyunsaturated, would be present in palm oil. That said, one can think that crude palm oil is perhaps less harmful than refined or palm kernel oil.

But how do you know which type of palm oil is used in the various products? This is not specified on the label.


Essential fatty acids: where are they found?

However, palm oil is not totally to be demonized, in fact it has some advantages: it is not hydrogenated, and, compared to other oils or fats, it is more digestible and stable; in fact, trans-saturated fats would be worse than margarine, for example.

Thanks to various studies and researches, it was then seen that saturated fats are not totally harmful, as long as they are taken in balanced doses, that is about the 10% of daily calories (Cra-Nut guidelines, formerly INRAN 2012). This would translate in practice to the consumption of three packaged biscuits for breakfast, avoiding continuing the day with breadsticks, snacks or other products that contain it.

As Assic points out, "Recent research has shown that each saturated fatty acid has its own important biological function to perform in our body: for example, butyric acid regulates the expression of various genes and can play an important role in cancer prevention by blocking the development of cancer cells, palmitic acid is involved in the regulation of hormones and, together with myristic, in the communication between cells and in the functions of the immune system. (Rioux V. and Legrand P. (2007) Saturated fatty acids: simple molecular structures with complex cellular functions. Current Opinion in Clinical Nutrition and Metabolic Care 10: 752-58). "


Great stir was unleashed when he read palm oil among the ingredients of infant formula. As Il Fatto Alimentare has clearly shown, almost all artificial milks and villages contain it: one would have to go to Switzerland or France to find it without it for the first months of life.

The justification? According to many manufacturers of infant formula, palm oil represents a good source of palmitic acid, fatty acid mostly present in breast milk, and for its high percentage of oleic and linoleic acid; and some of them have specified that they will choose to buy only oil that comes from sustainable realities, in fact the environmental damage represents another factor that makes you turn up your nose about its use and consumption.

Palm oil and the environment

There are several news organizations that have tried to test the ground, going even deeper about palm oil, organizing petitions, collecting signatures and asking themselves important questions that also concern the planet: why multinationals have hidden oil palm tree for many years? How much damage does its cultivation cause to the environment and populations? What fats can it be replaced with in the food industry?

Asia (Southeast Asia and the island of Sumatra, where the problem is deeply felt) and West Africa, a territory that is changing: deforestation, disruption of the hydrogeological structure, devastation of natural habitats. A sadly known fact. Just look at the documentary film Green, the film by Patrick Rouxel.

But perhaps all is not lost. There are producers who have decided to buy palm oil from sustainable sources and supermarkets, as Altroconsumo points out, which have already declared that this tropical fat will disappear from their products. "Coop, Esselunga, Carrefour, Iper, Despar, Primia with the brands Basko, Poli, Tigros and Iperal, Crai, Ikea, Ld Market, Picard, MD discount and U2 have joined the petition (available on change.org) promoted by Il food fact that calls for the abolition of palm oil ".

And the news regarding the little palm oil that would be used in sweets and villages, as reported by Adnkronos, who interviews Mario Piccialuti, director of Aidepi, the Association of the Sweet and Pasta Industries el paesene, according to which thepalm oil is only a small percentage of confectionery products and the country, while it would be imported mainly for other uses.

Finally, as reported by Le Scienze, it would be enough raise the prices of products containing palm oil to kick-start a more sustainable market and fair for the peoples of the southern hemisphere. Everything therefore remains in progress and there is still a lot to say, especially to probe palm oil.

What is the future of food safety?

Audio Video Palm oil, let's be clear
Dates, choose them to fill up with energy ❯

add a comment of Palm oil, let's be clear