Pain In The Joints Of The Hands | Types, Symptoms And Remedies 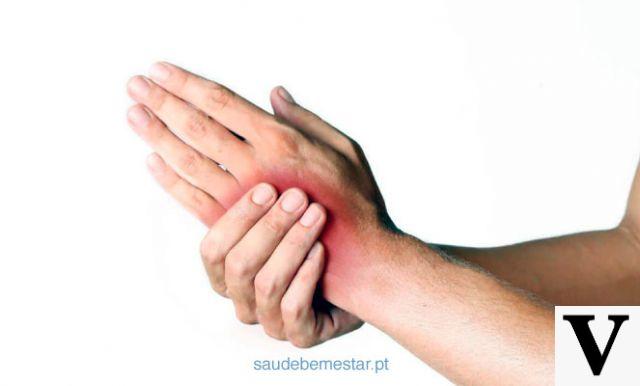 Pain In The Joints Of The Hands

Your hands, always in motion ... whatever you do, they rarely rest!

Despite their size, they are one of the most structured anatomical parts of the body and therefore more exposed to wear.

When they are affected by more or less important ailments, the event can be received with particular annoyance since we are always used to being able to count on them to carry out our daily activities and relate to the world: having to do without them certainly provokes a great discomfort, for which it is essential to take care of their health and integrity.

Pain in the hand, wrist, finger joints, tingling, numbness, swelling, stiffness, sometimes you can even lose mobility: women are undoubtedly the ones who suffer more often, thanks to a greater and faster decline of bone mass compared to men, determined by the different hormonal structure that predisposes them to develop a calcium deficiency.

Unfortunately it is often a non-specific pain and its characteristics do not always make it possible to easily make the right diagnosis; it is therefore important to learn to identify the structures from which it can originate, in order to help the doctor in his diagnostic investigation.

The hand is made up of these parts.

In addition to the bones, the hand is formed by a set of muscles located at the level of the palm of the hand, divided into three groups: lateral, medial and intermediate.

Depending on the cause, a pain in the hands can be acute, which develops in a short time, or chronic, which manifests itself in a progressive and persistent way; it can be localized or extend to the whole hand and at times it can be such as to be disabling.

Besides these, many other pathologies can cause hand pain: from diabetes to fibromyalgia.

Despite this, hand pains do not always have pathological causes, in fact there are conditions that can trigger this disorder but which do not pose a health risk.

Hand pains are often associated with other symptoms: tingling, swelling, itching, lack of strength (weakness), pain in other joints, systemic symptoms such as fever.

Since we cannot speak of pathology but of symptom, the evaluation of hand pain is purely medical / orthopedic competence and can be an indication for carrying out laboratory and instrumental diagnostic investigations (blood analysis, radiography or magnetic resonance).

It will be the doctor's responsibility, after making the diagnosis, to prescribe the most appropriate therapy. This usually involves the administration of NSAIDs (non-steroidal anti-inflammatory drugs), paracetamol, corticosteroids, and can be combined with the use of braces and wristbands which, in some cases, play a really important role in the management of the underlying disease.

Also in this case, therefore, the "do it yourself" is always not recommended!

Audio Video Pain In The Joints Of The Hands | Types, Symptoms And Remedies
Muscle Pain After Workout | What are? Do you have to worry? ❯

add a comment of Pain In The Joints Of The Hands | Types, Symptoms And Remedies