Overcoming a panic attack by learning to breathe 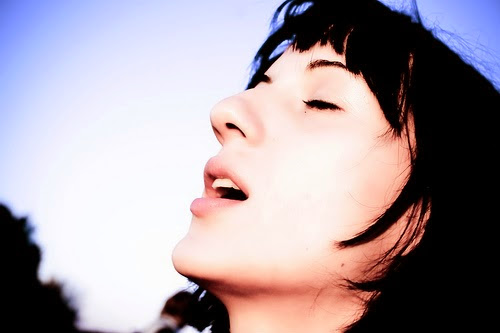 Panic attack is a particularly intense experience that arouses great fear. The fear of death and the fear that a panic attack may recur can turn into feelings that accompany people for years, profoundly affecting the quality of life.

However, the fact is that therapies to treat panic attacks and associated disorders are often very effective. One of the simplest and most effective methods is to learn how to control your breath.

The biological-behavioral treatment program is also called: "Assisted Respiratory Training with Capnometry" and aims to teach people to breathe. This reverses the state of hyperventilation, which is particularly annoying and tends to be the factor that causes the greatest fear during a panic attack.

In essence, hyperventilation could be defined as a state of over-breathing, it is the result of deep and rapid breathing, where CO2 levels drop dramatically and cause shortness of breath. When we breathe, we inhale oxygen and exhale CO2, but when we breathe too quickly and deeply, CO2 levels in the blood drop and this can cause chest pain, confusion, dizziness, palpitations and muscle spasms.

The study in question, developed at Southern Methodist University in Dallas, involved 41 people who suffered from recurrent panic attacks. Half underwent conventional cognitive-behavioral treatment, while the rest followed Assisted Respiratory Training with Capnometry. What happened?

During the treatment, the volunteers practiced breathing exercises twice a day. A handheld device allowed them to detect CO2 levels. The purpose of these exercises was to reduce hyperventilation and the accompanying symptoms. This was achieved thanks to slower and more shallow breathing. In fact, contrary to popular belief, taking deep breaths the symptoms of hyperventilation worsen.

Eventually, the researchers found that both treatments were effective in overcoming panic attacks, even though Assisted Respiratory Training with Capnometry helped reduce symptoms faster and was much easier to implement. For the uninitiated, capnometry measures the amount of CO2 in a person's respiratory tract during the respiratory cycle. And usually the survey is done with a capnographer.

Since the same researchers have found that CO2 levels begin to fluctuate as early as an hour before the panic attack occurs, people suffering from this problem will likely have small devices available within a few years. that allow them to monitor CO2 and warn them in advance of the need to breathe properly to avoid panic attacks.

In the meantime, to overcome panic attacks you know what you need to do: focus on your breathing, trying to make it slower and shallower.

Anxiety tachycardia: how to recognize and relieve it? ❯