Oligotherapy and trace elements for life 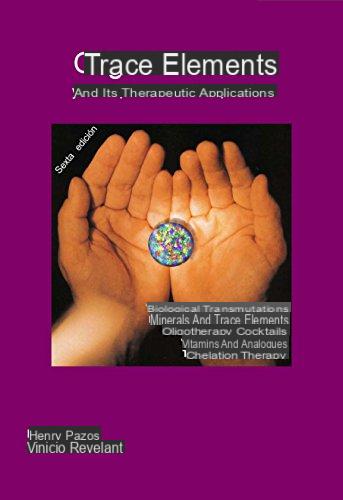 From the point of view of the therapeutic use of trace elements, more than the quantitative shortage of them in the diet, we must think of the numerous accumulated substances - pollution, drugs, chronic and degenerative diseases - which produce in the organism very stable ketate organo-metal complexes, which thus prevent the immobilized cation from any activity causing a lack of quality.

THE MINERAL ELEMENTS are divided into
1. FUNDAMENTAL ELEMENTS whose presence in significant quantities is fundamental because they participate in construction and combustion and have a structural and energetic role and are: calcium, iron, chlorine, fluorine, phosphorus, magnesium, potassium, silicon, sodium, sulfur
2. OLIGOELEMENTS OR TRACE MINERALS whose presence in small quantities plays the functional role of catalysts essential for normal metabolic activity and are: aluminum, silver, bismuth, cobalt, chromium, germanium, iodine, lithium, manganese, molybdenum, nickel, gold , copper, selenium, vanadium, zinc.

Barzelius he used the word first CATALYSIS - from the Greek "solution" - which refers to the acceleration effect that some substances impose on certain reactions. Therefore catalysts are minerals that modify, by increasing or decreasing, the speed of some chemical reactions, even if they are irrelevant to their mass.


The use of trace elements in functional therapy is due exclusively to them catalytic effect and regulatory action: this role was called by Ménétrier "an action of presence that allows, through a qualitative contribution, to regularize, facilitate, enhance and provoke ionic exchanges and to rebalance the physical-chemical metabolism".

Some associations of trace elements acquire a new and different therapeutic character from their components taken individually. So by administering to the same subject the Manganese first and the Copper after, we could never have the same effects as the Manganese-Copper.

Among the minerals single or in associations that regulate endocrine disorders we remember:

Elements that have a direct relationship with precise organic regulations:


Discover also all the properties and benefits of copper

Audio Video Oligotherapy and trace elements for life
Natural wines: what they are and how to recognize them ❯

add a comment of Oligotherapy and trace elements for life