Nutrition against ulcer: which foods to eat and which to avoid

Nutrition to fight ulcer it must be low in refined foods and foods that are too high in fat. Alcohol, spices and coffee should also be eliminated, as well as smoking. Let's find out better. 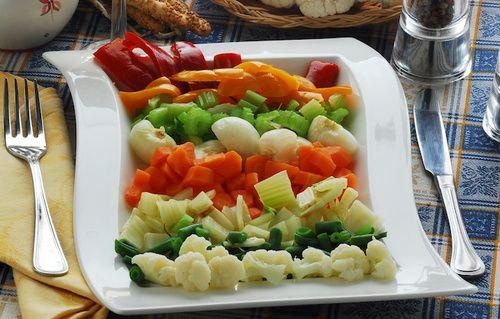 peptic ulcer we mean a circumscribed ulceration of the mucosa that occurs in those areas exposed to acid and peptic secretion and therefore mainly affects the stomach wall (gastric ulcer) or duodenum (duodenal ulcer), but can also occur in other parts of the digestive canal .

Peptic ulcer affects 10% of the population.

THEgastric ulcer it occurs mainly in the elderly, with equal prevalence in both sexes. L'duodenal ulcer it is about 4 times more frequent than gastric ulcer; it is typically a pathology of young-adults, that is, of that age group ranging from 30 to 60 years, but it can also occur in younger or older people. It is more common in males but, after the age of 50, with the arrival of menopause, the difference between the sexes tends to decrease, probably due to sex hormones.

A peptic ulcer can also be caused by infection with a bacterium, Helicobacter pylori.

Often it is stress is listed among the causes of gastric ulcer; in reality, however, its role in the onset of this pathology has never been scientifically proven.

THEnutrition plays a very important role in prevention and in ulcer therapy. It has been shown that the ulcer patient does not particularly benefit from so-called blank diets. Instead, a 'balanced nutrition both from the caloric point of view and for qualitative composition.

The ulcer diet must be low in refined foods and foods that are too high in fat. It is very important to divide the food introduction well into three main meals and two small snacks. Food should be consumed calmly, chewing slowly and well. It is essential not to skip meals and not to eat irregularly.

They would go excluded from the diet wine, beer and all the others alcohol because alcohol stimulates acid secretion. Eventually, alcohol can be taken in dilute solutions and in minimal quantities.

Vanno also avoid coffee, including decaffeinated, the tea and all other products containing methylxanthine derivatives. Even sugary drinks, including fruit juices, can promote ulcers or delay healing.

It is also advisable to avoid, or at least limit, the consumption of foods that stimulate hydrochloride secretion, for example meat broth. They would go then spices are excluded from the diet, especially pepper, paprika and hot pepper.

Some specialists have associated the prevalence of ulcer with a salt-rich diet.

Initially, the role of Helicobacter pylori in gastritis and ulcers, hypothesized and then proved by Marshall and Warren, was greeted with much skepticism by the scientific community; it was not believed possible that a bacterium could live in an acidic environment such as the stomach. And so, to prove his theory, Marshall ingested a solution containing Helicobacter pylori, causing the formation of an ulcer which he then obviously treated with the appropriate antibiotics.

The diet that helps fight gastritis

Other articles on ulcer:

> Helicobacter pylori among the causes of ulcer

Audio Video Nutrition against ulcer: which foods to eat and which to avoid
Kale, kale or curly: supernatural and superfood ❯

add a comment of Nutrition against ulcer: which foods to eat and which to avoid