Nutrition against cystitis: which foods to eat and which to avoid

How to fight cystitis at the table?

Preferring a diet that must be rich in foods with anti-inflammatory and diuretic action. Let's find out better.

> 2. Nutrition against the cystitis

Blueberries among the useful foods against cystitis 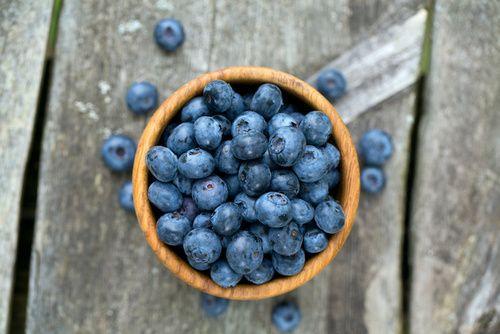 The term cystitis indicates a urinary tract disorder characterized by pain and / or burning when urinating and frequent urination, often accompanied by a sensation of a bladder not completely empty. The urine may appear cloudy and be foul-smelling. Sometimes fever and blood in the urine also appear.

In the event that cystitis is suspected, the doctor prescribes a urine culture with an antibiogram to evaluate the presence of a bacterial load.

It is a fairly common disorder in all ages and in both sexes. It also affects newborns and is prevalent in women. Exist some predisposing factors when these infections appear:

Especially in people with frequent relapses, for example more than three episodes in a year, it is useful to adopt some preventive measures that essentially concern thePersonal care andsupply.

You can learn more about the symptoms, causes and all the remedies of cystitis 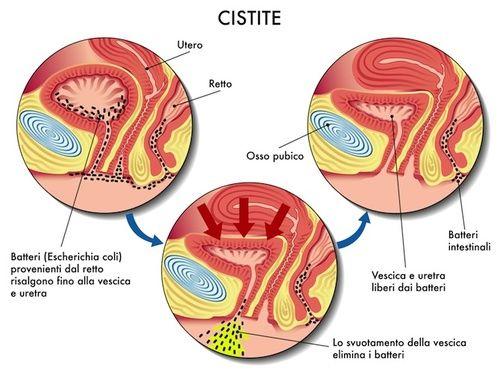 THEnutrition against cystitis it first of all provides for proper hydration. Drink water reduces the bacterial load by dilution; however, it is necessary to be careful in case of known vesicourethral reflux, as there is the risk of aggravating the disorder.

It is also useful to introduce it in the diet foods with anti-inflammatory action: in case of cystitis, for example, currants and blueberries work.

It is advisable to eat fresh currants and blueberries or even drink juices prepared with these fruits; in this case, however, pay attention to the packaged products you choose, always check on the label that the quantity of currants contained in the juice is high and that the drink has no sugar added.

In fact, sugars have an inflammatory action; for this reason, those who offer cystitis should avoid, or at least limit, the consumption of sweets.

Sometimes cystitis can be caused by bacteria in the intestine that pass into the urogenital area. In this case, one of the best ways to prevent cystitis is to take care of nutrition to maintain a good intestinal balance. To this end they are not recommended, in addition to desserts, even cheeses, sausages and alcohol. Not even caffeine is a friend of those who suffer from cystitis. Furthermore, during the acute attack, all spicy foods should be avoided; it is therefore fine banish pepper and chilli.


Nutrition, on the whole, should be rich in whole grains, seasonal fruit and vegetables, with a greater preference for foods with a diuretic action, for example pineapple, strawberries, watermelon, fennel and cucumbers.

In addition to nutrition, particular attention must be paid to intimate hygiene. It is useful to use only cotton underwear, avoid pants that are too tight, use delicate intimate detergents, avoid wearing a wet swimsuit in the pool or at the sea, go to urinate immediately after sexual intercourse.

Le infections of the urinary tract are known and have been the subject of study since ancient times. For example, recommendations for relieving the symptoms of cystitis have been found in some Egyptian papyri.

Hippocrates identified in the "disharmony of the four humorsi”The cause of urinary infections and recommended remedies such as proper nutrition, bed rest and the use of certain healing herbs.

Urinary diseases were also studied in Roman times, in the Middle Ages and in the following centuries, but the real turning point took place in the twentieth century with the refinement of diagnostic techniques and the discovery of the first antibiotics. In the XNUMXs, penicillin derivatives (for example amoxicillin) were introduced; this, if on the one hand has considerably expanded the effectiveness of urinary infection therapy, on the other has determined, over time, the appearance of the phenomenon of bacterial resistance to some antibiotics.

All homeopathic remedies for the treatment of cystitis

Other articles on cystitis:
> Grapefruit seeds for the treatment of cystitis

> Cystitis? Beware of the change of season

Audio Video Nutrition against cystitis: which foods to eat and which to avoid
Blueberries: properties, nutritional values, calories ❯

add a comment of Nutrition against cystitis: which foods to eat and which to avoid