Novel food, what it is 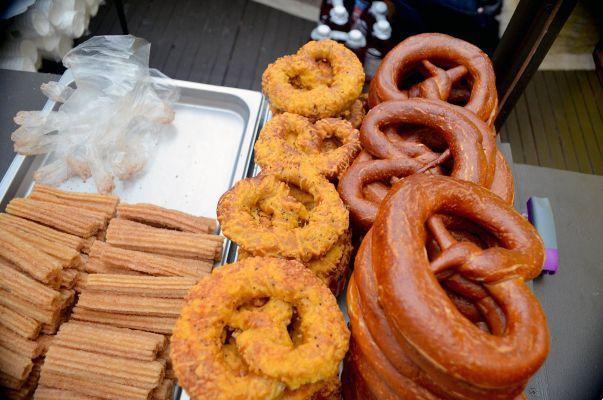 As the expression itself suggests, for "novel food" we mean recently introduced foods, whether they are of animal or vegetable origin.

Until recently, these foods and ingredients they weren't in use on the table of Europeans and el paeseni, or they were already employed but they were not classified as they were not consumer products.

To legislate for the first time on the placing on the market of these foods was Europe, with the Regulation (EC) No 258/97. In the European Union, classification and monitoring have evolved from year to year, to arrive at Regulation (EU) 2015/2283 sui novel food. The latter came into effect in January 2021.

The regulation was made necessary given the need to control in a more serious way all those foods which - by tradition, local habits and uses - are not used, such as algae and insects.

What are the most common novel foods

On the one hand, in fact, the FAO calls for the consumption of insects, considered a valid contribution to food safety while respecting the environment.

On the other hand, theEfsa (European Food Safety Authority) tends to point out that some "novel foods" are not so new, on the contrary, they have been present on our plates for a long time. In fact, they could also be included in this category tomatoes, corn or bananas, which for us Europeans are certainly not indigenous.

Eating insects and derivatives will make most people turn up their noses, but it is not excluded that we will see them soon in the refrigerated cabinet or in the dried section, between fish and canned meat.

Moreover, the sites that market or offer them are already depopulating biscuits based on flour of cricket, risotto with cockroaches or tapas of grasshoppers. Other favorite insects to become "food of the future" they are caterpillars, cicadas and dragonflies; they do not even disdain flies, bedbugs and termites!

The catalog of novel foods of the European Commission lists in alphabetical order i official novel food. For each of them, indicate the name with which they are commonly known, theyear in which they came into use and specify if they are still under regulation.

Interestingly, some of them have now become the norm: some examples are theagave, the walnuts of Macadamia, fermented red rice, the palm sugar and countless varieties of mushrooms.

If you are fascinated by the food challenges, the book for you is At the Edge of Taste - Extraordinary Journey through the Most Unusual Foods on the Planet, by Luis Devin. On the side of recipes for "insectivores", on the other hand, an interesting reading is Cooking with insects, by Folke Dammann.

add a comment of Novel food, what it is