Neuroscience advice for XNUMX-somethings: Relax and love yourself more 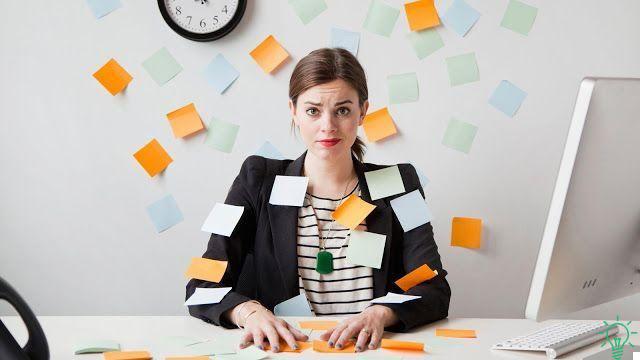 Exhausted. Stressed by work. Running from one place to another to meet the many commitments of the day, resting as little as possible. Sleeping badly and with precarious health ...

It is not the portrait of fifty years in the middle of the menopause crisis, but it is about young women, thirty years old, subjected to a tension that has set off all the alarms. Pandora's box was opened by Swedish psychologists from the University of Umeå, who warn that women in their thirties today are not only more stressed than those of the 90s, but since then the percentage of women suffering from anxiety and others stress-triggered illnesses doubled.

They discovered that in recent decades the perceived level of well-being of men has been higher than that of women and is systematically improving. However, on the female side the opposite happens: in the 90s, only 8,5% of thirty-year-olds confessed to feeling bad, today that figure rises to 20%. What is happening?

The researchers delved into their study to find out what's compromising women's well-being. The data indicates that women today are more anxious and dissatisfied with their economic conditions than in the past, endure greater pressure at work, and feel overwhelmed by social expectations of success, proactivity and physical appearance.

Indeed, difficulties in reconciling work and private life continue to be a major cause of women's suffering: women bear a greater burden of compromise, are more sensitive to personal conflicts at work, and if they try to adapt, they run the risk of run out even more.


We must not forget that, for biological reasons, women are more sensitive to stress than men. For hormonal reasons, areas of the brain related to emotional processing, such as the amygdala and anterior cingulate gyrus, are more "sensitive" to stimuli that generate anxiety. Add to this the stressful work, social and family environment, it is very likely that the woman will end up developing mood disorders, such as depression or anxiety.

In fact, it is estimated that around one third of women suffer from a clinically significant level of anxiety and depression which affects their well-being. Researchers warn that this type of nervous breakdown from the age of 30 increases not only the risk of suffering from psychological problems but also other health difficulties, such as cardiovascular disease, because women are particularly prone to somatizing emotional problems.

Balance better and love each other more

Men have, on average, 70 more minutes of free time per day than women. This means that women must learn to better balance professional and social life with the necessary moments of disconnection. We must learn to say that we are not there for anyone, because we have to be alone with ourselves.

We must remember that at the age of 30 we can run and lead a stressful life because the body allows it, but fatigue will soon show us the bill. Therefore, we must be aware that we have no superpowers and we need to rest.

It's not just about learning the techniques to better manage stress, doing yoga or practicing mindfulness meditation, we need to make a much deeper change. This change begins by not asking too much of yourself and understanding that you have nothing to prove to anyone other than yourself.

Physical contact: The dark side of the pat on the back ❯

Stress psoriasis: the psychological mechanism behind the disease

Erase the trauma with a pill

Stress from the mother changes the child's genes

add a comment of Neuroscience advice for XNUMX-somethings: Relax and love yourself more