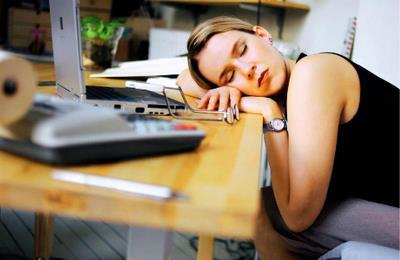 The minimum number of hours that a human being must sleep in order to function "adequately" is 7 hours per night; instead, people who suffer from narcolepsy they sleep for up to eight hours or more, and continue to feel tired in a continuous state of excessive and uncontrollable sleepiness throughout the day. It is estimated that around 2% of the world's population suffers from this disorder although many people think it is symptoms of depression, vitamin deficiency or other conditions. As soon as these people start an activity that requires little physical activity, such as sitting at an office desk, they are overcome with tremendous sleepiness and end up falling asleep. They suffer from what is called narcolepsy, a neurological sleep disorder that affects the central nervous system. It is known to be of genetic origin but its cause continues to be a mystery.What are the essential symptoms of narcolepsy?- Excessive sleepiness during the day expressed in an uncontrollable desire to sleep in the most inappropriate moments.
– Cataplessia. Sudden loss of muscle control, which can range from slight weakness to total collapse. In 80% of cases, narcoleptics enter a cataplexic state when they are awake and excited.
- Sleep paralysis. Inability to speak or move for approximately one minute after falling asleep or upon waking up.
- Hypnagogic hallucinations. The person sees images and hears very real sounds that usually terrify him as soon as he falls asleep. On other occasions, just before falling asleep, these people have the perception that someone or something is accompanying them and observing them, even though they know very well that this is impossible.
- Hypnopompic hallucinations. Upon awakening, in the moment when we are between sleep and wakefulness, people can experience very vivid hallucinations that confuse with reality.Among the secondary symptoms can be found:- Automatic behaviors. The person achieves goals repetitively, without being aware of this, and very often forgets what he has done.
- Interruption of sleep during the night. Sleep alternates with various periods of wakefulness during the night.Although other difficulties may appear, related to the primary symptoms or produced by secondary symptoms and medicines, the most common are: feeling of intense fatigue, lack of energy, depression, difficulty in concentrating, memory problems and weakness in the extremities.These symptoms manifest themselves with greater intensity when there are academic or work needs that require you to get up early in the morning and, finally, they are found in the need to stimulate yourself to stay awake by ingesting coffee, smoking , etc. The course of narcolepsy tends to be chronic although there are some relatively effective treatments. Generally, drugs are combined (central nervous system stimulants to keep you awake throughout the day, and tricyclic depression drugs to control cataplessia), cognitive-behavioral therapy (usually two or three rest periods of 30 minutes each are applied to eliminate sleepiness) and lifestyle changes (healthy eating and exercise). a disorder of which we are hardly aware, until now we fight its symptoms, but since we do not know the causes, the treatments cannot go to the root of the problem. Without a doubt, this is a future task all on the shoulders of neurologists.

The word you should never use to apologize ❯