My ex has another or has left me for another: how to win her back? 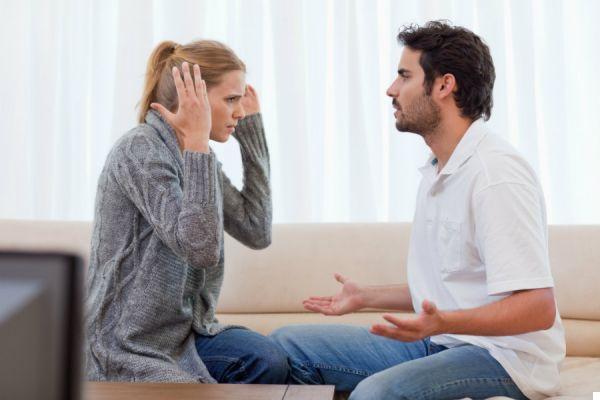 Win back the ex who has another it is not an easy feat, but in many cases it is entirely possible.

This article is for you if you find yourself in one of the following two situations:

1. My girlfriend left me for someone else.

2. My ex has someone else, but she only met him after she broke up with me.

To be left for another it sucks, but also find that she has another one already a short time after the end of your relationship is not far behind.

Although the two cases seem very different, in reality the strategy to follow to win your ex back is almost the same, and in this article I will give you some fundamental tips to take the first steps in the right way.

My girlfriend left me for another: now what?

Your ex left you for someone else. He clearly told you that he doesn't want to be with you anymore, because now there is another person in his life.

This fact makes you suffer enormously, because in addition to the pain of rejection and the end of your relationship, you also feel that associated with being betrayed, humiliated, replaced by another person. I know how you feel ...

Suffering for love is one of the worst experiences you can have in your entire life, but you need to react, accept the situation for what it is, and work out a strategy to regain control of events. Although now she has another one.


Meanwhile, there is an important initial consideration to make, which perhaps will change your way of seeing things:

If your ex has left you for someone else, it means that things between the two of you were already not going well from before.

If you start analyzing the relationship between your ex and her new boyfriend too much, you won't get any results other than that of get crazy. That is not the real problem, and therefore it is not what you need to focus on.

She left you because she questioned your ability to make her happy. The problems or shortcomings inside your relationship pushed her to seek the satisfaction of her needs on the outside, and here she met him.

Very often, for a girl, having met a new person is nothing more than the right excuse to get out of a relationship that was not working, without the risk of being alone.

Don't think of your ex's new flame as the main problem, because it's not. Most of the time it's just about a replacement, used wisely by her to deal with this delicate transition phase. If he hadn't arrived, there would have been another man in a few months, but the end result would have been the same: she would have left you.

Instead, what you need to focus on are the problems that have characterized your relationship. If you can work them out, and make your ex understand that you have changed, and now you can make her really happy, there is no other man you need to be afraid of.


My ex has another: she met him after she broke up with me

This is the second case. Your ex may not have left you for someone else, but after you broke up for a while, she started dating another man.

At this point you might be thinking: “How could he do this to me? Did our relationship mean nothing to her? It took him so little to forget me ??? ”.

Also you might ask yourself: "If my ex has someone else, have I lost all hope of winning her back?"

First keep calm. If she has someone else, it absolutely doesn't mean that she has already forgotten you. She may have started this new relationship for many reasons, but the most frequent case is always the same: she doesn't want to be alone.

The new person your ex is dating is the classic replacement, but even if he has already become important to her, if you make no other mistakes, there is nothing and no one to stop you from winning her back.

How to win back the ex who has another?

Let's get to the heart of the matter. I want to give you some basic tips that will help you understand how to win back the ex who is with another.

Even if you are pissed off, disappointed, hurt, jealous, sad and humiliated, you absolutely mustn't let all these negative emotions leak out in front of your ex.

Making jealousy scenes and trying to convince her with logic to come back with you and letting go of this new guy will not be of the least help: indeed, by doing so you will push her more and more into the other person's arms away from you.

If, on the other hand, you take away their power by not showing yourself negatively affected by the situation, and showing that you are well, you destabilize it and bring it back to you. Indifference is the key.

One of the reverse psychology strategies that I explain in my ebook is to push your ex into the arms of her new boyfriend, telling her something like: "well ... yes, he could actually be the right person for you".

Pushing her towards him, and not considering this new boy as a threat, you recover your dignity in his eyes, intrigue his rational side and excite the emotional one.

Your ex will start thinking, “man… why is she saying this to me? Not interested anymore? Do you really want me to be with this new guy? Isn't he jealous at all? I'm so sorry because in reality I miss him… maybe I was wrong to leave him… ”.

You will need to take advantage of this first phase to carry out an accurate work on yourself. You have to become a much more attractive and successful person.

Do you remember when you and your ex first met? She was very attracted to you, probably because you were able to show the best side of your personality. You seduced her and conquered her, but then with the passage of time you started taking it easy and you have made various mistakes that have made her move away from you.

Here then is the secret to win her back ... try in every way to go back to being the person she knew at the beginning, and not the person she decided to leave.

Other than that, you need to analyze the reasons why things between you two stopped working.

3. Be patient and strike at the right time

Sooner or later it will happen… your ex's new relationship will have a small or big moment of crisis. At this point it is very likely that if you have done everything right, she will come looking for you to see if you are still available towards her, putting you in fact the knife on the side of the handle.

If this does not happen, you will need to know what to do in detail to test the ground, reopen contacts with her, recognize the opportune moment to act, propose a meeting and bring her back to you.

She is with another: conclusions

Finally I want to tell you that you and your ex have a strong common experience, many memories, happy moments spent together that can never, ever be erased.

Even if your relationship only lasted 3 months, you have some very powerful tools to use, which give you a strong advantage over the new guy she's dating. You just have to find out how to use them the right way.

My ex is looking for me: why did she leave me but keep making herself heard? ❯

add a comment from My ex has another or has left me for another: how to win her back?