Your ex has blocked you everywhere and you don't know what to think or how to behave - that's why you're here. And if you intend to learn more, here you will find all the answers you are looking for.

In this guide I will help you to change point of view taking you from "my ex blocked me" to "I understand why she did it and I'm ready to fix it". Within this transition, all the gist of the speech is concentrated, whether you want to win it back whether you want turn the page.

In the first case, however, before continuing with the reading, I invite you to take this short test, which will allow you to calculate your chances of regaining it:

My ex blocked me everywhere - what does that mean?

We assume that no person, man or woman, blocks someone for no reason. In other words, something must have happened that led your ex to believe that keeping you away from her life was the best thing to do.

Not knowing how things went between you I can't go into any details, but I can give you an idea about the reasons why your ex may have blocked you everywhere:


Sure, I realize this isn't exciting news, but you can't go on thinking your ex just screwed up and blocked you overnight for no good reason.

By reading the list above it is very likely that you have managed to identify the cause for which now you find yourself in this situation, and it is already a step forward. But, let's take our time and analyze all the situations:

Within this first "category" of reasons all the situations listed above up to number 4 fall. Basically, your ex has blocked you everywhere because she is very angry, disappointed and, probably, he is trying to defend himself.

Among the many habits that are created during a relationship, no matter how stupid it may seem, also the approach and thesocial media activities: This is why your ex has thought of cutting off every online communication channel.

When you were together you shared your photos, looked at each other's Instagram Stories and maybe you tagged yourself in ironic posts, but now all of this is gone. Indeed, all this can become source of stress e discomfort if you are unable to control yourself.


Also, if it was you who broke up with her, if your relationship ended badly or if you already have another woman in your life, it becomes even clearer why your ex has blocked you everywhere: keep away as much as possible and avoid being "addicted" to the content you post.

In this second case, instead, we refer to reason number 5: it is trying to provoke a reaction in you. As stupid as it may seem, very often it works, and it is possible that you are trying to walk this path. 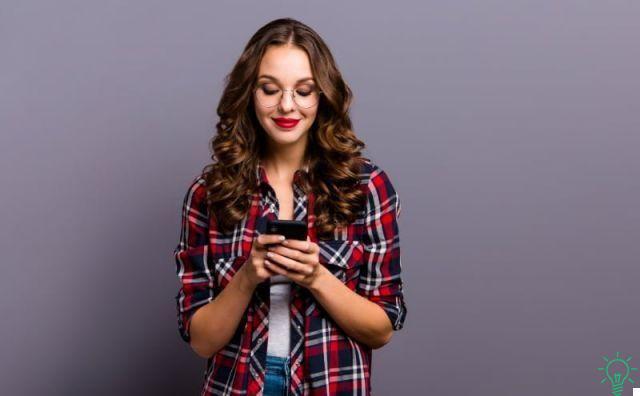 However, your ex doesn't know he's a short-lived game and with poor results. There and then it is very likely that you will want to write to her, to hear her or to ask for explanations, but when you realize that there is no valid reason to explain her gesture, you will turn away with a lot of indifference.

In any case, the meaning of his game is: “when he realizes that I have blocked him, he will immediately want to write to me”. And indeed he is right, because this is how our brains work. But I would ask you not to fall into this trap, because that would mean hand her the knife from the handle side.

If you know you have a clear conscience, and you believe this may be your ex's typical attitude, don't write to her and do not ask her for explanations about his "decision". Go on your way as if nothing had happened.


He is trying to look beyond

Finally, causes number 6 and 7 fall into this last "category", perhaps the most excusable that we have seen so far. The first then is even admirable, as it requires considerable effort from your ex.

In his attempt to close with the past he is forcing himself not to have anything to do with you, and you know how easy it is. In this case a crossroads opens up for you: do you want to win it back or try to look forward too?

As for the second reason, which is the one that led your ex to block you because of hers new relationship, there isn't much to say or explain. You are his ex, his closest past, and he wants to protect his new relationship from possible misunderstanding or complications.

My ex blocked me on WhatsApp: what to do?

Whatsapp is the means of communication that we use the most: simple, fast and convenient, it allows us to send and receive messages instantly. It is true that there are also other platforms, such as Facebook or Instagram, but let's talk about social media, not so much about a means of communication.

Well, you knew that too, I think. What you may not know is what to do if you just saw that your ex blocked you on Whatsapp. Actually, what I'm going to explain to you now can be applied in any situation, even if your ex has blocked you everywhere:

Give yourself and give it a respite

The first thing you need to try not to do is be insistent. Do not contact her, do not call her and do not write to her, especially all the time. This attitude of yours will only worsen the situation you are in, increasing the distance that has already been created between you two. 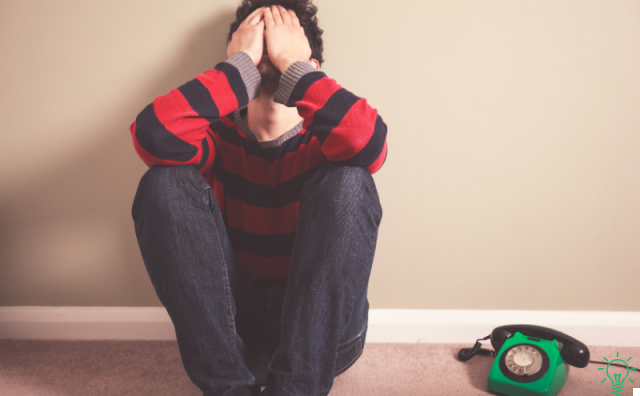 If your ex has blocked you on Whatsapp, it means that she has no intention of receiving your messages: respect this decision of yours, even if it doesn't fit you. You cannot force her to speak to you, so it is useless for you to go ahead and contact her to, perhaps, ask her for explanations.

There is nothing to explain at the moment: it needs time and space, and it is right that you give it to him. This will also allow you to prove yourself a mature man in his eyes, a man who understands when to raise the white flag and grant a respite.

The side effect he hadn't anticipated

"What does it mean?" You will be rightly thinking. It is very simple: it is only when she finds herself completely without you that she will have the opportunity to reflect on her thoughts, feelings and emotions.

On the other hand, the effectiveness of the period of no contact has now been widely proven, and serves precisely as a technique to bring the ex closer together. What I'm trying to tell you is that only when you give her her space that she can calm down and find herself more objective towards you.

Wait for the right time

After you have put your soul in peace and granted it its spaces, at this point you will face a new situation: the contact phase. In case she is the one writing to you, do not start off by asking her for an explanation as to why she blocked you.

Pretend nothing, play his game, valley behind in the speeches he brings out and be calm. This way you will be able to rewrite new emotions in his mind, no longer associated with the breakup or the figure of the insistent ex.

In the event that she just unlocks you, don't make the mistake of writing her a moment later. Don't get her to immediately think that you have done nothing but stand every day to see when and if she would ever unlock you, because she would find it pathetic.

Rather, wait for a further step. If she doesn't arrive, after 3 days you can try to contact her and ask her how she is, avoiding talking about the blocking period. In any case, remember that asking for explanations immediately is a very bad, very bad idea.

You have a life to clarify, to talk about it or, if necessary, to discuss it. So don't be too eager to touch on the topic 10 minutes after your ex unlocks you.

My ex blocked me: conclusions

As we have seen, the reasons that could have led your ex to block you everywhere, or only on Whatsapp, are many. Some are more valid than others, but the result doesn't change. Before taking any steps, it is important that you really have the clear ideas about what your intentions are.

My girlfriend left me, will she come back? what should I do? ❯

add a comment of My ex blocked me: how to deal with the situation