By the healthiergang writer , fitness instructor and Powerlifting expert.

When writing or talking about squatting, it is frequent to attribute to this exercise the title of “king”, due to the results obtained by performing it.

The squat, in fact, actually deserves all the good things that are said about it, because it is really a special exercise that provides benefits in terms of increasing performance in practically every sport, optimizes the ability to synergistically use most of the muscles of the body and guarantees the development of lean muscle mass and strength more than any other exercise.

In the environment of the fitness, however, being that the value of the athletes is not measurable with the performance, the potential of this exercise is not expressed at 100%. In sports where the numbers guarantee the achievement of a specific result, this exercise begins to be performed with more precision and are analyzed more, variables such as trajectories and depth. 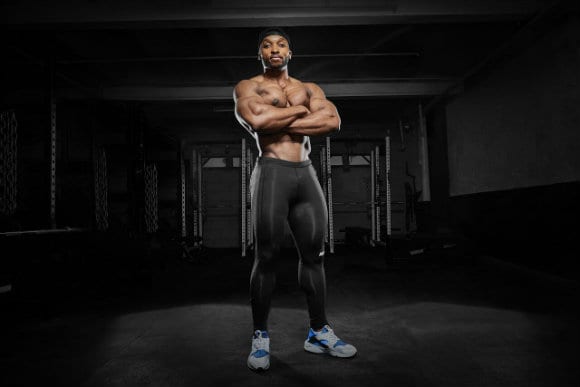 One of the most talked about variables of the squat is certainly the depth. Generally, in gyms, many half repetitions of this exercise are performed and this occurs especially when this exercise is performed only to exploit its benefits from an aesthetic point of view.

In other sports, however, depth is taken into consideration to establish the validity of the lift. What enthusiasts of physical culture should understand is that the greater depth of the squat (which to be clear is under the parallel line that is created between the thigh and the ground) is directly proportional to the synergistic muscle activation of buttocks, hamstrings e quadriceps and to the functionality of the ankles, knees and hips.

Contrary to what many people can sustain, in fact, going down a lot in the squat contributes to keep your knees healthy as the excessive forward pressure on the patella during the first phase of the squat is counterbalanced by the rearward pull generated by the activation of the hamstrings during the second phase of the lift.

All those who perform the squat stopping above the parallel, convinced that they are safeguarding the knee joint more, would do better to change their minds and begin to descend more, because instead of safeguarding the integrity of the joint, they continue to overload it by carrying out only the phase high repetition, which I remember is the one in which the kneecap experiences the most pressure. If to this then we add the fact that going down less allows you to use heavier loads, the situation worsens, as supra physiological loads are lifted with a movement that puts too much pressure on the kneecaps. 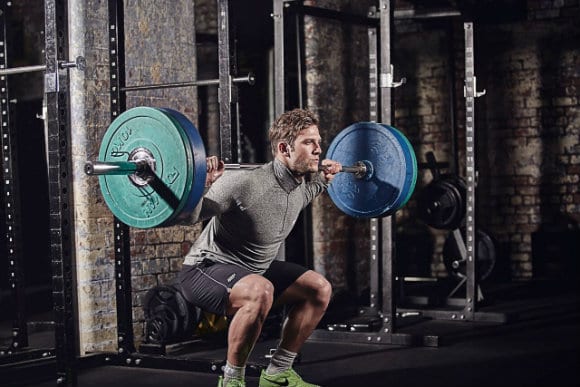 Increasing the depth of the squat requires more plantar extension (movement in which the back of the foot approaches the tibia) and for this reason the ankle needs more flexibility. Considering this aspect, performing complete squats (under the parallel) helps to maintain good flexibility of the ankles in subjects who in any case do not have particular joint problems (in case there is the presence of poor flexibility of the ankles, it is necessary to adapt them to the movement through sessions of specific stretching).

What happens at the muscular level by performing the squat below the parallel, as I wrote earlier, is a greater recruitment of motor units of the hamstrings and buttocks, stimulating hypertrophy in these muscle areas that often, in the fitness environment, tend to train with various specific exercises of little use.


Trajectory of the Squat

The trajectory of the squat can include a multitude of interconnected variables, but I believe that the most important to discuss in this article is the one due the inclination of the trunk and the relative forward or backward movement of the knees.

Here too, in the context of the most commercial gyms, where DON'T there are highly specialized technicians to teach the squat, what is often recommended to users is not to exceed the vertical line between the knee joint and the tip of the foot.

In principle, this advice is not entirely out of place, but in this case, the type of squat that is being performed should be analyzed (it could be front squat, overhead squat, back squat low bar o high bar squat). In the event that it were the first two versions, front and overhead, inevitably due to the position of the trunk, which must be kept as vertical as possible, the knees would physiologically exceed the line of the toes.

If it is, however, the back version, the bar can be held higher (high bar) or lower (low bar). In the first case, the trunk is not tilted forward, resulting in an advanced position of the knees with respect to the tips of the feet. In the second case, the bar is positioned lower and the trunk is tilted much more during the squat; as a result, the pelvis is pulled back further and the knees remain further back than the tips of the feet.

The only thing that makes them similar is the depth of the squat discussed earlier.

If the squat is performed in a full squat, as I explained earlier, the knees do not experience high pressure and all the muscles of the lower half of the body work at their best.

As I explained earlier, the back squat requires positioning the barbell on the back torso. In the high bar version the barbell is positioned under the base of the neck at the level of the C6-T1 vertebrae. This implies a less advantageous leverage because the resistance given by the barbell is further away than the fulcrum, which in this case is represented by the joint coxo-femoral.

For this reason the loads used are slightly lower than the low bar version, which requires a different positioning of the rocker, this time placed lower, at the level of the T2-T3 vertebrae. The reason why with this version higher loads are used, in addition to that of the lever, is that by tilting the trunk more forward, greater activity of the muscles is obtained. spinal erectors, which activating in synergy with the buttocks, hamstrings and quadriceps, facilitate lifting. I would recommend alternating the two versions to take advantage of the benefits of both variants.

These two variations of squats are widely used in weightlifting because they make up one of the main phases of the lifts strain e momentum. However, those who train seriously, even if they don't intend to compete in weightlifting, can benefit from these important lifts.

Il front squat it is performed by positioning the barbell anteriorly, under the base of the neck, inserting it between the collarbones and the anterior portion of the deltoids. When performing the front version of the squat, lower loads must be used, both because the lever is less advantageous than the rear version and because, having to keep the trunk as straight as possible, the activation of the spinal erectors is also less.

THEoverhead squat, compared to all the other variants, it is the most complicated, as it requires great flexibility at the scapular level and a lot of strength in the muscles of the upper body, since the barbell must be held with the elbows extended above the head. This is the version of squats that requires the use of much lower loads than the others. Performing this exercise, however, is important in order to make the most of the synergistic activation of all the muscles of the body, upper and lower.

All the arguments I have presented concern an exercise that requires to be performed a great technical component. 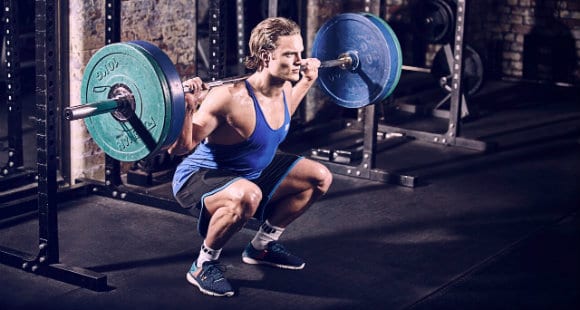 To be sure to always maintain the correct technique and not to incur injuries, you must always calculate the level of fatigue accumulated with the succession of sets and repetitions.

Although the thigh musculature reacts well to times under tension (TUT) longer (especially the quadriceps femoris), the muscles of the upper body that are very stressed during the execution of this exercise, undergo an excessive accumulation of tension that generates postural compensations that negatively affect the correct execution technique. So, for this reason, I recommend squatting with low-medium numbers of repetitions, thus increasing the number of sets, thus reaching the volume necessary to obtain an optimal hypertrophic response.

For the same reason I recommend extending the recoveries between the heaviest sets to three to four minutes, to be sure that you have correctly restored the energy reserves necessary to perform the set number of sets and repetitions, in order to maintain the maximum efficiency of the whole. the muscle component indirectly involved during the squat and reach the maximum level of stimulus possible on the muscle component that is instead directly involved.

With this program consisting of 3 weekly sessions, which includes the four variations of squats described in this article, excellent gains in strength and lean muscle mass in the lower body can be achieved, but it can also be beneficial to all athletes who need great levels of strength in the legs.

Audio Video Muscular Legs | The Squat For The Strength and Mass of the Legs
Dry Legs ... And War Be! | Top Exercises For Muscular Legs ❯