Muscle tremor | Why are my muscles shaking? 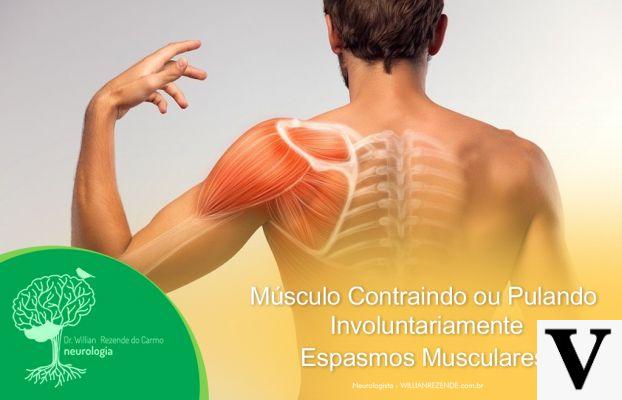 Tremors are involuntary and rhythmic movements of one or more parts of the body, due to an alternating contraction of antagonistic muscle groups, which manifest themselves with rhythmic movements of hands, limbs, fingers, head, trembling voice, difficulty in writing and holding objects balances in hand.

These disorders can appear in any age group, but the elderly is undoubtedly the most affected, with an equal onset frequency in both sexes.

Although they are not always pathological, in some cases they can represent the objective sign of an underlying disease, so it is useful to understand them better, and it is therefore necessary to evaluate their mode of onset, type, distribution, frequency of oscillation, amplitude of movement (thus distinguishing them in fine and gross tremors), the coexistence of systemic or neurological pathologies, the intake of drugs or substances such as caffeine that can justify their appearance.

It may be helpful to first distinguish tremors into 2 broad categories.

Spontaneous phenomenon that can occur in any healthy subject when maintaining a fixed posture. It has such a small amplitude that it is difficult to observe, but it can be accentuated by stress, fatigue, anxiety, fever, cold, caffeine.

Phenomenon that can have various causes, appear at any time and affect any part of the body. Movement disorders secondary to lesions or neurological dysfunctions caused by trauma, ischemia, tumors, infections, metabolic disorders, toxic states or degenerative diseases are considered; in some cases they can be hereditary.

On the other hand, taking into consideration the mode of onset, tremors are classified into

Maximum during rest, it ceases or fades with voluntary movements; rhythmic, low frequency and regular; they often affect only the hands or fingers. A typical example is provided by the tremors of Parkinson's disease.

It arises following a voluntary muscle contraction, regardless of whether it is put in place to perform a movement or maintain a posture.

As mentioned above, the underlying causes of these phenomena can be many:

These causes allow to further classify the tremors in the following.

Most tremors cannot be treated, but they often resolve spontaneously. In case of unexplained tremors, which recur frequently, however, it becomes necessary to bring the problem to the attention of the doctor.

During the physical examination the affected part will be analyzed, tests will be performed in order to evaluate reflexes, coordination, posture, strength and muscle tone, sensory abilities and, if necessary, the doctor will prescribe further tests: blood, urine analysis and, in some cases, the electromyogram, which allows to measure involuntary muscle activity and responses to nerve stimulation.


Obviously, to get rid of this annoying ailment, the underlying cause must be eliminated. Despite this, there are symptomatic therapies, aimed precisely at relieving the tremor if it is not possible to remove the triggering condition. For this purpose, drugs such as beta-blockers (normally used in hypertension but often also have this off-label indication), tranquilizers such as benzodiazepines or anticonvulsants, these are prescribed only to patients who do not tolerate or are resistant to beta -blockers.

Also in this case, therefore, it is essential not to make false alarms but to keep all possible symptoms at bay to understand when it is appropriate to contact your doctor.

Audio Video Muscle tremor | Why are my muscles shaking?
Triceps Kickback | How are they performed? Errors And Variants ❯

add a comment of Muscle tremor | Why are my muscles shaking?