Muscle Tone | How to keep it? Here are some tips

By healthiergang writer , student in Physiotherapy.

Muscle tone refers to the muscular activity that keeps the body in a certain posture by opposing the force of gravity that would otherwise alter it.

Muscle tone is the result of the constant activity of certain motor units in the muscle. The tone is also maintained by certain spontaneous responses that the muscle fibers enact. For example, when faced with a rapid stretch, the muscle responds with a contraction.

This is called myotatic reflex and allows to regulate in an autonomous way, without voluntary control, the lengthening of the skeletal muscles.

Muscle tone is therefore that sort of "rest contraction" that the muscle maintains. This resting contraction is controlled by the central nervous system, in particular by the spinal cord, which controls the motor neurons of the skeletal muscle fibers.

Muscle tone is also subordinated to the control of other components of the central nervous system and is ultimately also influenced by one's emotional state.

The continuous movements constantly alter the temporary balance of muscle tone and the cerebellum, where the nerve centers for maintaining this balance reside. It responds with various adaptations to restore a sort of balance. This resting tone determines the state of activity or alertness of the particular muscle. It is not voluntary but serves to make the muscle ready to act.

The purpose, in addition to maintaining correct posture, is also to protect the joints from positions that would make them more prone to being damaged.

For example, when we feel tired, we spontaneously tend to bend forward and our head to bend downwards. Automatically a spontaneous reflex is activated in the extensor muscles of the body which bring the head back to an upright position in order to protect the cervical spine from possible compressions. 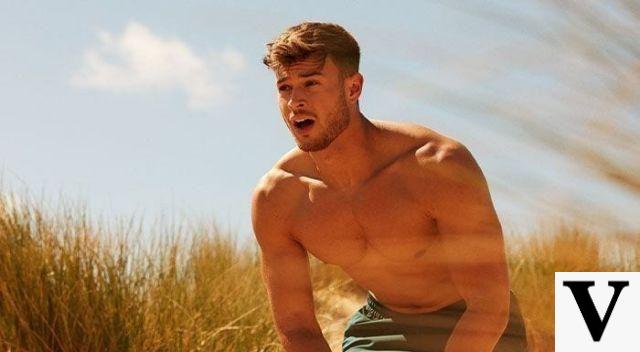 As just mentioned, muscle tone is a kind of contraction at rest that the particular muscle maintains.

As a result, an already partially recruited muscle may appear more "athletic". From the description previously made it is concluded that muscle tone is not determined by our will, unless a contraction is constantly maintained voluntarily throughout the day. If you take the posture you tend to assume as food for thought, you can understand how a muscle is more active the more it is used.

So if, for example, you spend hours and hours sitting in front of a computer, you are led to assume a posture leaning forward due to the greater use of the front muscles of the body while the rear ones are practically not used.

Therefore, the state of contraction at rest being influenced by how often the muscle is used, it goes without saying that to have a greater tone in a muscle, it is necessary to use it frequently.

The greater the muscle tone present in a muscle, the more sculpted it will look.

How to keep it?

Obviously, the other determining factors are the hypertrophy of that particular muscle and the layer of fat that covers it. Consider the abdominal muscles as an example.

An individual can have fantastic abdominal development, formidable genetics that give him a very nice abdominal pattern but if all this is covered with a thick layer of fat this is not appreciable.


It goes without saying that if you want to maintain visible muscle tone, you need to work on your diet in order to remove the layer of fat that hides it. This discourse also concerns the hypertrophy of a given muscle. However, it is possible to promote the resting muscle tone of a given muscle by training it in a certain way.


It is possible to "wake up" these muscle fibers that are not usually recruited by training the muscle with movements that involve maximum range of motion and place significant stress on the eccentric phase. By adopting these two precautions, the muscle is strongly stressed and the maximum possible muscle fibers are called upon to act.

Taking advantage of only a limited range of motion tends to favor the recruitment of certain muscle fibers at the expense of others.

By overloading the eccentric phase, the portion of the movement in which the muscle is absolutely strongest, the nervous system is forced to call as many motor units as possible to help in order to resist the weight. A workout of this kind combined with a reduced fat percentage are ingredients that lead to greater muscle tone at rest.

Audio Video Muscle Tone | How to keep it? Here are some tips
TOP 10 Gym Accessories: from Belts to Gloves | Complete Guide ❯

add a comment of Muscle Tone | How to keep it? Here are some tips