Muscle Electrostimulator | What is it for? Does it really work?

Today we are talking about muscle electrostimulation, what it is for, if it works, how and in which cases it could be used.

Electrostimulation is a technique that is based on the excitation of nerve cells, therefore of muscle fibers, through electrical impulses; these impulses, propagated through electrodes applied to the area we intend to train and connected to a machine, the electro-stimulator, are used to stimulate muscle contraction.

The electric waves that depart from the device can be modulated with various cards with different parameters, depending on the area concerned or the type of stimulation we intend to give.

The use of this device, however, it must be said, beyond what are the advertising claims, should not concern a healthy muscle in a fit and trained person; in this regard, several have in fact advanced negative opinions.

What is it for?

The electrostimulator is applied on well-defined muscle groups, therefore it works on only one district at a time and this can lead, if used by an athlete who trains regularly and in excellent shape, to possible imbalances in his muscle chain: it is necessary to remember here that each agonist muscle finds its balance, in fact, in its immediate antagonist with which it works in synergy, while the electrostimulator works ONLY on the muscle on which the electrodes are applied.

The imbalance that is created in the muscular system can indeed create considerable damage.

If, on the other hand, you decide to train all muscle groups equally as it normally happens in the gym but sitting comfortably on the sofa at home, as the commercials recite, complete with muscular and toned testimonials, the time required to do it totally and completely would be infinitely longer. than the one used in one of our daily sessions in the gym with "cast iron": thus not solving even one of the problems that often pushes to buy it, that is the lack of time to go to train in the gym. 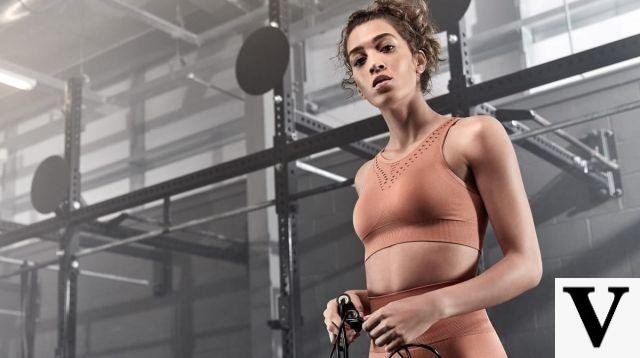 Let's think instead if it was used by a runner, perhaps a marathon runner for medium-long training sessions: in fact, considering that in running the muscle groups used are at least four (quadriceps, femoral, calf, tibial), calculating that all of them must be electrostimulated and that you cannot do it at the same time (unless you have more devices), a session of 50-60 minutes of running would be dilated in at least 3 and a half hours, if you want to virtually stimulate all four districts !!!! Between us, it's not worth it.

There is also the use of electrical stimulations for the active recovery of a workout, but, even in this case, who uses them more often?

Generally the professional athlete, that is who by profession (for example the top runner) trains 6 times a week, even in two daily sessions: for an amateur athlete, who trains 4/5 times a week, with one training session a day, the rest is absolutely more than enough to recover.

Furthermore, there is another factor to take into consideration: the movement of muscular contraction caused by the electrical impulses that depart from the machine is purely mechanical; the machine cannot take into account, in fact, the very important hormonal processes that occur during muscular effort and the activation of all muscle and joint proprioceptors, as well as protein synthesis.

Of course, the ones I have described to you are some of the reasons why the electrostimulator, in my opinion, should not be used on a healthy and well-trained person; the speech varies slightly when we talk about rehabilitation from an injury.


When there are no alternative sports, to rehabilitate the injury or to avoid immobility while waiting for recovery, and the required rest is quite long and exceeds a week, then electrostimulation can be recommended: if you are not able to train correctly and constantly, the electrodes applied to the muscle in rehabilitation can help it not lose tone and elasticity; even in these cases, however, home do-it-yourself should be discouraged, as the use of the instrument in the recovery phase from an injury must always be monitored, under penalty, for example, of an overload at the tendon level in the area.

Furthermore, an examination such as electromyography is essential to verify that the contraction of the muscle is taking place in the correct way. Furthermore, since it is an injured muscle, the pauses during stimulation must always be particularly long, because the electrical stimulation naturally strains the muscle: also in this case, monitoring by competent personnel would be necessary.

In conclusion, of the three areas in which the electrostimulator is believed to be used, namely the aesthetic one, the therapeutic one and the sports one, I believe it is highly recommended (although, I repeat, it is better not to use it at home without competent physiotherapy support) only for the second area: on an aesthetic level, massages, drainages, firming can do the same job as well, as has already been said in the sports area.

Finally, many buy it to lose weight, I believe that this is indeed the sector where it is most widely advertised: remember that electrostimulation is not used to burn calories.

Audio Video Muscle Electrostimulator | What is it for? Does it really work?
Eliminate Double Chin | Exercises That Can Help ❯

add a comment of Muscle Electrostimulator | What is it for? Does it really work?