Millet, as used in macrobiotic cooking 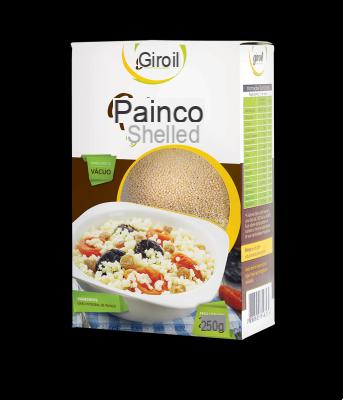 Originally from India and China, millet spread very quickly also in Africa and Europe, where for a long time it was relegated to “cereal for canaries”.

Only recently have the nutritional virtues of these small yellow grains been rediscovered, even in the old continent, precisely in relation to diets such as vegan, vegetarian or macrobiotic.

It is in fact one of the richest cereals in precious substances, such as protein, iron, magnesium, silicon e phosphorus. Considered an excellent tonic, millet is rich in Vitamin A and B vitamins, ideal for the healthy skin, hair and teethBut not only.

Millet in the macrobiotic diet

Millet is considered a special ingredient in the macrobiotic diet. There are many preparations that can be made based on this cereal: once boiled for about 20 minutes in water with a pinch of whole sea salt, it can be drained and used to make salads, croquettes, soups or to thicken creams and velvety or to make a tasty one too polenta.

It is often recommended to also prepare first courses in which there is a combination 50% rice and 50% millet; in the macrobiotic diet are in fact recommended more "yang" cereals, such as rice, millet and buckwheat.


Millet is considered an anti-stress cereal, which gives the charge.

Read also Millet for hair: benefits and use >>

Macrobiotic cuisine based on millet

By macrobiotics we mean that philosophy of life, formulated by the Japanese master George Ohsawa, based on the search for balance, in particular with regard to man and the environment that surrounds him, including the food he consumes.

The conscious choice of food it is one of the fundamental cornerstones of the diet and macrobiotic cuisine, a choice that is based in practice on the use of products that are as local as possible, at km 0, cultivated according to certain principles.

Among the foods that are favored in the macrobiotic diet are cereals, which, together with others such as vegetables, vegetable, seaweed, fruit and others to a lesser extent, allow man to extend life and prevent certain diseases.

Audio Video Millet, as used in macrobiotic cooking
Nutrition for insomnia: which foods to eat and which to avoid ❯

add a comment of Millet, as used in macrobiotic cooking