Milk substitutes (and its derivatives) 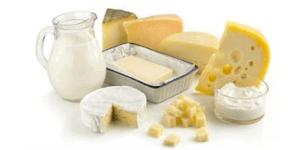 Milk is one of those foods that are most talked about. From an early age, mothers generally give it to newborns to continue weaning and beyond.

Growing up, milk becomes a problem for some people, who can no longer digest it, or almost a drug for others, who could not live without it. It becomes something to be eliminated for those who decide to undertake a vegan path.

The opinions of doctors split in two: there are those who say that milk does not hurt and those who argue that from three years onwards we should stop consuming it. Whatever people say, veganism and medical opinions aside, cow's milk, after a few years, is no longer even drunk by calves.

Why then does the man continue to take it?

Milk yes or milk no? A football issue

Milk contains calcium, useful for the bones, true: this is why it is very often recommended to fight osteoporosis. But the mechanism does not end there.

Milk is also rich in animal proteins, so it is an acidic food; proteins, in order to be disposed of, need to consume calcium.

Milk undoubtedly has a particular, irreplaceable and pleasing flavor: smoothies, ice creams and cappuccinos, it is hard to abandon them completely!

But, for those who decide to undertake one life without milk, for personal reasons, intolerance or because it is vegan, milk substitutes exist! The Cow's milk is the basis of many foods that we consume daily, as it is contained in greater or lesser quantities.

Pure cow's milk can be replaced with

Just try them all to understand which of these can be closest to your taste.

Among the main derivatives of milk there are yoghurt, cheeses and various sauces, sweet or savory.

Yoghurt can be substituted with yogurt alla soia, as well as various puddings and ice creams. For making smoothies, rice milk is excellent, which goes well with fruit.

For cakes and batters the ideal is oat milk, delicate taste with a light nutty aftertaste. Also almond milk, with a creamy and rich consistency, is suitable for all dessert preparations, in particular of crème caramel, puddings, cold cakes and vegan panne cotte.


The hazelnut milk it is exquisite for wrapping sweets and vegan biscuits, pleasant to the palate, it is ideal for breakfast, both natural and with the addition of cocoa or cinnamon.

While with regard to the cheese, soft or firm, it is possible to use the tofu or learn how to make vegan cheeses with the use of soy, rice, agar agar, frumina and simple steps. Parmesan cheese can be replaced with gomasio, a seasoning made from toasted sesame seeds with salt or experiment with various recipes to make it.

La cream and bechamel are now available in both soy and rice and millet. But you have to be careful and check that there are no hydrogenated vegetable fats.

Read also What are plant milks and how are they extracted? >>

> Vegan diet, what it consists of

add a comment of Milk substitutes (and its derivatives)