Milgram and Zimbardo's Experiments: The Line Between Compassion and Sadism 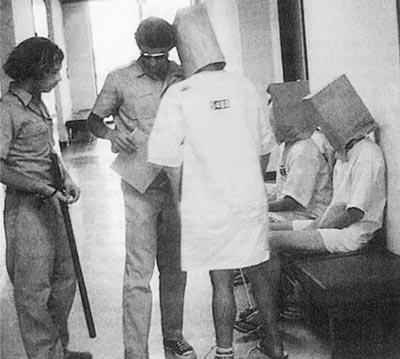 In 1971 at the University of Stanford a much discussed experiment was carried out: 24 students volunteered and became prisoners and guards of a fictitious prison. Probably Zimbardo, director of the project, was motivated by the hope of revealing the reasons and perhaps thus being able to offer a solution to the violence that is perpetuated in humanity. However, the problems in his experimental design began to arise to the same extent that the subjects of the experiment forgot that everything was a simple simulation: the guards began to exhibit sadistic behavior while the inmates lost their will. The US Navy-backed experiment would last two weeks and people would be monitored all the time by monitors. Twelve of the volunteers were incarcerated in the basement of the Psychology Department while the rest assumed the role of jailer. Guardians took 8-hour shifts and then returned to their normal life. Each person could abandon the experiment at the time he wanted but in this way he would have renounced the corresponding economic remuneration. The guards were told that they could induce the following emotions in the prisoners: fear, boredom, feelings of extreme arbitrariness and control but that they should not have resorted to violence. The prisoners were arrested without warning, thus simulating a real arrest and once in prison they were forced to wear white shirts without undergarments, an ankle chain was affixed to them and they were identified with numbers. At the end of the first day in prison the inmates started a rebellion that was brutally suppressed by the guards, during the night, mistakenly believing that the cameras were off, the guards organized a particularly cruel repression against the prisoners. Some of the methods were: controlling the use of the bathroom, undressing them, forcing them to do push-ups, simulating homosexual acts, cleaning latrines with bare hands ... Naturally, the resurgence of disciplinary measures ended with causing psychological disturbances in the prisoners who despite being released, they were denied the right to abandon the experiment thus breaking the agreement. It would seem the same Zimbardo he began to believe in his role as the director of the prison. The experiment ended after eleven days, and is currently much discussed both for the method used and for the emotional involvement of the researchers themselves. Obviously, the participants were offered psychological attention even though the psychologists assure that there were no side effects or violent behavior after the experiment. As a curious fact, I add that as a preview of this experiment another one with similar characteristics was carried out at Yale University. Milgram, director of research, wished to understand how much pain a normal person might be able to inflict on another subject if they were given orders to do so. The experiment consisted of one of the volunteers having to give electric shocks every time another participant incorrectly answered a questionnaire, of course the questionnaire was connected to an electric chair. The torturer was explained that each mistake could assume an increase in voltage that could even reach 450 volts, in which case the person would die. Result? 65% of the torturers applied electric shocks of 450 volts thus killing the correspondents in question. The curious thing is that the torturers did not know that the people in question tied to an electric chair were actors and that the shocks were fictitious. For them the experiment was a real situation in which they were torturing and leading to death the people tied to the chair. Later other experiments were carried out with similar objectives and corresponding nefarious effects. Fortunately, currently this experimental technique, more properly attributable to a mentally ill than to a psychologist, remains only as a memory in the darkest archives of Psychological Science but at least one question remains as a result of these researches: what is the line that separates the humanity and compassion from perversion and sadism? Who knows, maybe it's much more subtle than most of us can imagine.

Does being smart make us happier? ❯

add a comment of Milgram and Zimbardo's Experiments: The Line Between Compassion and Sadism