Metriotes: how to learn the art of moderation

An article to understand the value of moderation and practical strategies to bring it into your life.

You too, at least once in recent years, at the supermarket have said to yourself: 'no, I don't buy cookies, otherwise I eat twelve at a time'.

Other than the recommended portion on the package.

You bought only the wholesome and wholesome things and went home proud of yourself.

Then you ate twelve sticks of celery one after the other.

Or, after buying the cookies, you forced yourself to grueling workouts to burn those extra calories!

Am I wrong, or we have some problems of moderation?

All the fault of our ancestors ...

Why is moderation so difficult for us?

The answer to this question comes from our ancestors.

Our brains and emotions are still affected by today ancestral legacies.

The first men were driven to excess because for them it was the difference between the "vita" and death.

Binge when food was available it meant storing useful resources so as not to starve in the inevitable periods of famine.

Indulge in the laziness at certain times it resulted in a necessary recharging of the physical batteries after hunting, fishing, or traveling on foot over long distances.

Somehow we carry this memory imprinted in our genes with us and that's why we do so much struggles to follow the path of the golden mean.

And that's how we continually oscillate between excess and defect, between devouring the entire packet of cookies and banishing any naturally occurring sugar from our life!

This radical fundamentalism it is the method most of us use to eliminate bad habits from our life.

No more sweets.
No more fats.
No more red meat.
No more gummy candies.
No alcohol.
No more TV series.
No more social.

But all these nothing, not necessarily good for us, but above all, they rarely work.

Some of the things you set out to eliminate from your life may be less destructive than what you believe.

Le serie Netflix they are not evil, on the contrary, some are true cinematic masterpieces able to entertain us and make us reflect.

Oh no, what about the latest para-guru of keto-paleo-vegan-cock-and-bunch diets, even the worst of McDonald's food crap, eaten once every Pope's death will have zero impact on your health in the long term.

Conversely, the total and radical removal of something from your days, in 99% of cases, leads to an excess in the opposite direction.

Internet addiction? After 10 days of social withdrawal, there's a good chance you'll spend a whole Sunday stuck on it.

It is as if our brains viscerally do rebelled against the prohibitions and punished us with a increased desire of what we should abandon.

So what is the alternative?

for Ancient Greece balance was a very precious value.

On the pediment of the temple of Apollo in Delphi two maxims of Greek wisdom were inscribed; one famous, the other unjustly forgotten.

Seauthòn business - know yourself (the most famous and I told you about in this article).

On a branch - nothing too much

If the former focuses attention on the right awareness of themselves, the second pushes to moderation in all senses: physical, emotional, mental.

One is intimately linked to the other.

In this regard the philosopher Aristotle often spoke to his students about "metriotes", Or middle ground.

For the philosopher nothing is good or bad in an absolute sense, but it depends on the 'dose'of the characteristic under consideration.

Too little amount of courage leads to cowardice and it is negative.
Just as an excessive amount of the same courage is equally negative: it leads to recklessness and risk.

The real courage therefore it is in the middle.

And the same goes for many other virtues, habits and behaviors.

But in a modern society, often influenced by social algorithms that reward only excesses, how can we go back to cultivating moderation?


How to cultivate moderation

If there is a principle to the base of these three fields that we all want to improve in our life, it is precisely the moderation.

So I thought I'd share some practical tips with you (in the classic GetPersonalGrowth style) to get you used to moderation.

I'm not just talking about food: it applies to any 'vice' you have.

If you feel that you spend too much time on the internet, instead of closing your accounts, dedicate only one to social media small window of time daily.

At first you can use a timer to make sure you don't go over.

Instead of spending half a salary as soon as you get the chance or, on the contrary, denying yourself any whim, you decide to give yourself a spending threshold.

Instead of completely denying yourself the ability to eat sweets, thus cultivating a future binge, take smaller amounts than usual.

According to the research Blue Zone di Dan Buettner, the inhabitants of the Japanese island of Okinawa are among the longest-lived in the world.
In addition to regular socialization and an active lifestyle, before each meal, instead of our 'good appetite' we say:

After a week of regular physical activity, a day of laziness total will not condemn you.

Just as eating sweets only on the occasion of the holidays can be a way to avoid the risk of bingeing after a period of deprivation.

A moderate amount of indulgence towards yourself will lead you back more easily to moderation.

On the contrary, if you put yourself on the cross for any wrongdoing or relapse, the paradox is that you will most likely use unhealthy coping systems, just to allay your feelings of guilt.

How many times in life are we really concentrated about what we do?

4. Find out what's underneath

If you notice, behind several tendencies to excess there is actually something else:

Lend pay attention to your moods, when you have unbalanced behaviors, and reflect on the actions you could take instead to meet your needs in a healthier way.

When we live a life full of meaning and passion, we are definitely more impervious to obsessions, to the oscillations between extremes, more serene and masters of ourselves.

The company educated us a repress our desires.

And this is the best way to blow up an unbalanced relationship with these desires.

Let's go back to the concept of "metriotes": a right dose of self-control is very healthy, but if you continue to suffocate your needs, you will soon explode:

Most of the friction that is created between people has its roots in the unspoken, in the misunderstandings, in the things taken for granted.

A good communication it will protect you from many unpleasant moods and the resulting excesses.

This type of goal automatically leads you to cultivate one “bulimic” mentality, to feel caught in a whirling wheel made of constant dissatisfaction that votes you to excess.

If your goals are of this kind, I suggest you deepen the philosophy of Minimalism.

The psychologist Marvin Zuckerman, an expert in behavioral genetics, said that:

“Even what was really exciting at the beginning on the hundredth chance becomes obvious. So here we need something even more exciting, even more new. "

The more stimuli we get, the less fun we get.
Or, even, we fall into the opposite effect.

Scientists speak of one curve to bell. 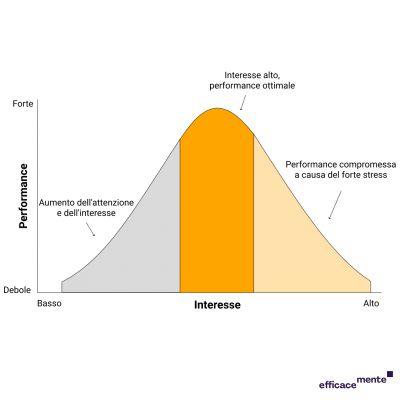 The effects of a specific experience are increasingly positive until maximum arousal is reached.
From that moment on, the effects suddenly become more and more negative.

Like when you gorged on chocolate as a child. You felt like the happiest person in the world before you felt nauseous and didn't want to see them anymore ...

To be deeply happy it is better to remove more than adding. Pay attention.

7. Be stronger than circumstances

This mantra is part of one extremist mentality that sees no middle ground between the failure and stratospheric success.

People who easily fall into excess are often also the ones who employ all of your energy in the beginning of a project and then they drop loudly to the first negative response from the outside (passing to a new project, where they will repeat the same mistake).

This is certainly another area of ​​our life where “metriotes” are needed.

Balance is also absorb negative hits and constantly adapt to circumstances, finding the best solutions to have long-term success.

Moderation is knowing how to modulate one's energy and their efforts towards a greater goal.

A moderate life is not a flat, passionless life.

On the contrary: it is the right condition to be able to fully live the life you imagine for yourself, constantly nourishing your interests and letting yourself be nourished by them.

He left me and is not looking for me: this is what you have to do ❯

add a comment of Metriotes: how to learn the art of moderation