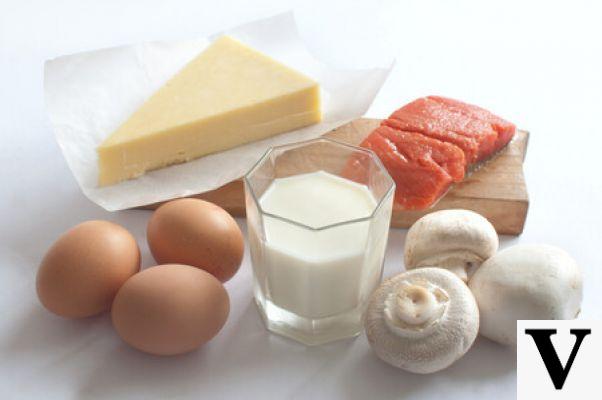 01.0 NAME OF THE MEDICINAL PRODUCT 02.0 QUALITATIVE AND QUANTITATIVE COMPOSITION 03.0 PHARMACEUTICAL FORM 04.0 CLINICAL PARTICULARS 04.1 Therapeutic indications 04.2 Posology and method of administration 04.3 Contraindications 04.4 Special warnings and appropriate precautions for use 04.5 Interactions with other medicinal products and other forms of interaction04.6 Pregnancy and lactation04.7 Effects on ability to drive and use machines04.8 Undesirable effects04.9 Overdose05.0 PHARMACOLOGICAL PROPERTIES05.1 Pharmacodynamic properties05.2 Pharmacokinetic properties05.3 Preclinical safety data06.0 INFORMATION PHARMACEUTICALS 06.1 Excipients 06.2 Incompatibilities 06.3 Shelf life 06.4 Special precautions for storage 06.5 Nature of the immediate packaging and contents of the pack 06.6 Instructions for use and handling 07.0 MARKETING AUTHORIZATION HOLDER08.0 .09.0 MARKETING AUTHORIZATION NUMBER 10.0 DATE OF FIRST AUTHORIZATION OR RENEWAL OF THE AUTHORIZATION 11.0 DATE OF REVISION OF THE TEXT 12.0 FOR RADIOPharmaceuticals, FULL DATA ON INTERNAL RADIATION DOSIMETRY XNUMX FOR RADIO DRUGS, ADDITIONAL DETAILED INSTRUCTIONS ON ESTEMPORANEA PREPARATION AND CONTROL

01.0 NAME OF THE MEDICINAL PRODUCT


White flat tablets with a break mark and the letters C / D.

Vitamin D and calcium supplement as an adjunct to specific therapies for the treatment of osteoporosis in individuals with known or high-risk concomitant calcium and vitamin D deficiency.

04.2 Posology and method of administration

Adults and the elderly

One chewable tablet twice a day (e.g. one tablet in the morning and one in the evening equivalent to 1200 mg of calcium and 800 IU of Vitamin D3).

A dose reduction should be considered necessary following the monitoring of calcium levels as indicated in sections 4.4 and 4.5.

Dosage in cases of hepatic insufficiency

The dose does not require adjustments.

Dosage in cases of renal insufficiency

Chew the tablets and then swallow them with some liquid.

In exceptional cases (eg with disabled patients) the tablets can be dissolved in the mouth, after consulting the doctor.

The product is indicated for adults only.

- Hypersensitivity to the active substances or to any of the excipients (see section 6.1)

04.4 Special warnings and appropriate precautions for use

In the case of prolonged treatment, it is justified to monitor blood calcium and renal function by determining serum creatinine levels. This control is particularly important in the elderly, in the case of concomitant treatment with cardiac glycosides and diuretics (see section 4.5) and in patients who are frequently prone to kidney stone formation. In the presence of hypercalcaemia or signs of impaired renal function the dose should be reduced or the treatment discontinued. The dose should be reduced or treatment should be prematurely stopped if the calcium level in the urine exceeds 7.5 mmol / 24 hours (300 mg / 24 hours).

METOCAL VITAMIN D3 600 MG / 400 IU should be prescribed with caution to immobilized patients with osteoporosis, as it increases the risk of hypercalcaemia.

Before prescribing METOCAL VITAMIN D3 chewable tablets pay attention to the administration of Vitamin D, calcium and alkali such as carbonate from other sources (eg food supplements or foods). Since these products already contain Vitamin D and calcium carbonate, an additional administration of vitamin D or calcium carbonate can lead to Burnett's Syndrome (hypercalcemia, metabolic alkalosis, renal insufficiency and soft tissue calcification) it is therefore necessary to be under close medical supervision during therapy. with regular monitoring of calcium and calcium.


METOCAL VITAMIN D3 600 MG / 400 IU chewable tablets should be used with caution by patients suffering from sarcoidosis, as it is possible that the transformation of Vitamin D3 into its active form is increased.

METOCAL VITAMIN D3 600 MG / 400 IU is not indicated in children and adolescents.

04.5 Interactions with other medicinal products and other forms of interaction

Thiazide diuretics reduce the excretion of calcium in the urine. Due to the increased risk of hypercalcaemia it is recommended to monitor calcium levels when thiazide diuretics are given concomitantly.

In case of concomitant administration of corticosteroids, an increase in the dosage of METOCAL VITAMIN D3 600 MG / 400 IU may be necessary.

Orlistat, a combined treatment with ion exchange resins such as cholestyramine or laxatives such as paraffin oil can reduce the gastrointestinal absorption of Vitamin D3. There should be an interval of at least two hours between the intake of ion exchange resins (eg cholestyramine) or laxatives and the chewable tablets of METOCAL VITAMIN D3 600 MG / 400 IU otherwise the absorption of Vitamin D3 is reduced.

Calcium carbonate can alter the absorption of tetracyclines when administered simultaneously. It is recommended to take tetracyclines at least 2 hours before or 4 or 6 hours after taking calcium by mouth.

Hypercalcaemia may increase the toxicity of cardiac glycosides, in the case of concomitant administration of calcium and vitamin D. Consequently these patients must be monitored constantly (ECG and calcium).

Rifampicin, phenytoin and barbiturates can reduce the effect of vitamin D3 as they increase its metabolism.

Calcium salts can decrease the absorption of estramusin or thyroid hormones. Therefore, an interval of at least two hours should be observed between the administration of METOCAL VITAMIN D3 600 MG / 400 IU chewable tablets and these drugs.

In case of concomitant administration of bisphosphonates, sodium fluoride, or fluoroquinolones, it is recommended to take METOCAL VITAMIN D3 600 MG / 400 IU chewable tablets with an interval of at least 3 hours, as their absorption during digestion may be reduced.

METOCAL VITAMIN D3 600 MG / 400 IU can be administered during pregnancy in case of calcium and Vitamin D3 deficiency.

In animal experiments, overdoses of vitamin D have shown toxic effects on reproduction.

Overdoses of vitamin D3 or calcium should be avoided during pregnancy since prolonged hypercalcemia can cause the infant to delay physical and mental development, supravalvular aortic stenosis and retinopathy.

There are no indications of the teratogenicity of Vitamin D3 at therapeutic doses in humans.

Calcium and vitamin D3 pass into breast milk. This must be considered when Vitamin D3 is concomitantly given to the baby.

In pregnancy and breastfeeding, calcium should be taken at least two hours after meals due to a possible reduction in iron absorption.

04.7 Effects on ability to drive and use machines

The effects of this medicine on the ability to drive are unknown. However, such effects are unlikely.

The assessment of undesirable effects is generally based on the following frequency conventions:

Not known (incidence cannot be estimated from the available data):

Hypersensitivity reactions such as angioedema or larynx edema.

Diseases of the gastrointestinal system

Not known (incidence cannot be estimated from the available data): Vomiting

Treatment of hypercalcemia: All calcium and vitamin D treatments should be discontinued. Treatments with diazide diuretics, lithium, vitamin A and cardiac glycosides should also be discontinued. Gastric lavage should be performed in unconscious patients.

The patient should be rehydrated and, depending on severity, considered isolated or combined treatment with loop diuretics, bisphosphonates, calcitonin and corticosteroids.

The limit for vitamin D intoxication in people with normal parathyroid function is between 40000 and 100000 IU per day for 1-2 months, while the limit for calcium is 2000 mg per day.

Pharmacotherapeutic group: mineral supplement, calcium in combination with other substances

Calcium carbonate releases calcium ions into the stomach in a pH-dependent manner. Calcium absorbed in the gastrointestinal tract is 30% of that administered.

99% of calcium is stored in the bones and teeth. The remaining 1% is found in intracellular and extracellular fluids.

Approximately 50% of total blood calcium is found in physiologically active ionized form, of which approximately 10% in complexes with citrate, phosphate, or other anions, 40% remains bound to plasma proteins, especially albumin.

Calcium is eliminated in faeces, urine and sweat. Renal excretion depends on glomerular filtration and calcium reabsorption through the tubules.

Vitamin D is well absorbed from the small intestine.

Vitamin D3 that is not metabolized is stored in fat and muscle tissue.

Vitamin D3 is excreted through the faeces and urine.

The plasma half-life is of the order of several days.

A teratogenic effect has been observed in animals at much higher dosages than therapeutic doses in humans.

There is no additional product safety information beyond what is reported in this summary of product characteristics.

06.5 Nature of the immediate packaging and contents of the package

Not all pack sizes may be marketed.

06.6 Instructions for use and handling

11.0 FOR RADIO DRUGS, COMPLETE DATA ON THE INTERNAL RADIATION DOSIMETRY