Mental Block: How To Overcome It 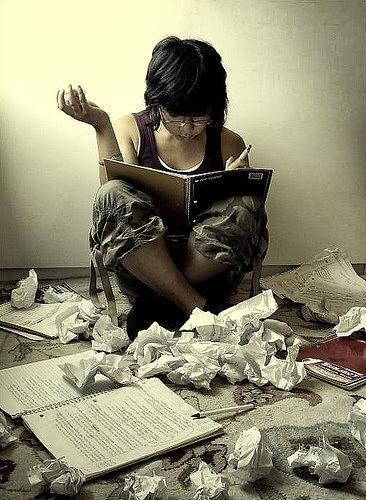 Who has not had at least once in his life a mental block or an emotional block? No matter how many documents you open, what color the room you work in or how motivated you feel… the mental block comes, and threatens to settle permanently in your head. In these moments we seem to find ourselves in a labyrinth with no way out.

So, the simplest and also one of the most effective solution is to rest. After a few hours or even several days, you can return to work with your renewed strength and thus you will appreciate new perspectives that were not previously visible. This is the wonderful ability our mind has to work in "autopilot" mode. That is, while we are apparently disconnected from the problem, our unconscious continues to work on it until the solution is found. In Psychology this process is called "incubation".
The incubation: This great mysteryIn 1926 Graham Wallas, an English psychologist, presented incubation as part of the four stages of his theory of creativity: 1. Preparation 2. Incubation 3. Illumination or insight 4. Verification The problem is that incubation is particularly intricate, mysterious and elusive for psychologists. In practice, everything would be very simple: you analyze all the data of the problem, take the appropriate distance from it for the processing to occur on an unconscious level and, afterwards, as if by magic, you have the insight. It seems too simple to be true? What is certain is that, today, after dozens of studies on the subject, psychologists have not come to an agreement on what is the mechanism behind incubation. Some argue that it is simply the effect of rest. Basically, when we disconnect from a problem, we leave our minds free for it to wander and so consider other ideas. Precisely from this aimless wandering new perspectives and ideas appear.In fact, this idea would not be so far-fetched since, once we have analyzed a problem, we are closing ourselves off in a specific area of ​​knowledge and so, little by little without realizing it, we go progressively circumscribing the circle of potential solutions. It would be like analyzing the problem under a microscope. Conversely, when we disconnect from the problem we would learn to see it as with a telescope, thus being able to appreciate its multiple connections. unconscious of finding the solution. The differences between one posture and another may seem minimal but it is certain that if the unconscious plays any role in the incubation process then other factors such as motivation or training could be very important.
New Light on Incubation: The Unconscious MattersPsychologists from the University of Sydney have made a very interesting study regarding incubation that sheds new lights on the phenomenon. In practice, these researchers subjected their study participants to a standard test to check their level of creativity. One of the features of the test was to mention many different possible uses of a common object of everyday life in the time span of two minutes.After the test, the participants were subjected to a mathematical test with the aim of keeping their minds busy. and finally they were subjected to the creativity test. The curious part was that half of the participants were told that they had to take the test one more time while the other half were surprised with repeating the test without being warned first. Those who were surprised with the retest did not improve. significantly their own answers but those who were warned before they would retake the test (even if they kept busy with the math test to avoid consciously thinking about the answers) offered twice as much innovative ideas. 'unconscious plays an important role, as it starts working on "autopilot" mode to generate more ideas. So the next time you have a mental block, just take a break, radically change your activities and let your unconscious do the rest.
Brain training: getting smarter, can you? ❯

add a comment of Mental Block: How To Overcome It