Memories: where are they stored? 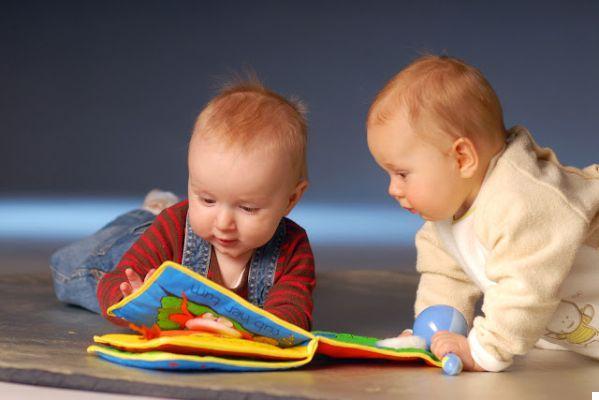 What are the earliest memories of the
your childhood? If you are an adult, it is very unlikely that you will be able to remember
something that happened before I was three years old. So what happens
to the memories and experiences that go back to before the age of three? Where do they come from
stored memories primal?

These questions have been asked
also Carole Peterson and her colleagues at Memorial University of Newfoundland,
in Canada. Obviously, the fact of not remembering that period of ours
life does not mean that we have not lived experiences ... but why these
are they inaccessible? One hypothesis states that the fact
of experiencing new emotions would make the previous memories always become
more blurred and, for this reason, they are going to be canceled. If so, then, the
could teenagers have access to these memories while adults could not? To answer these questions i
researchers worked with 128 young people between the ages of 6 and 19
who were asked to tell what their earliest memories were. It turned out
so that the memories of children between the ages of six and nine returned to when
they were about three years old. However, in the case of teenagers, the first memory
he recovered at the age of three and a half or four. Another interesting result
was that the oldest memories were
quite similar; that is to say, they referred to a snapshot of an experience
individual (such as a photo), instead of one more story
detailed. It was also found that most of the little ones' memories were emotionally
neutral. Also, girls were much more likely to mention memories
related to emotions. A possible explanation of the
phenomenon of why we cannot remember the most ancient experiences
it could lie in the fact that early memories are stored in a
place of memory that is not bound to language but rather to
images so that, later), once the memory relating to the
language), it would not be difficult to retrieve this information. Another theory is based in fact
that, not having full consciousness of the ego (something that develops more or less a
starting from three years of age) our memories would be less clear, given that
we would not be able to perceive that we are separate and independent from the environment
surrounding and other people. However, the final word is not yet
said. Of course, but I point out that
we must pay attention to implanted memories; how to say, those memories that
we made it our own by dint of listening to some stories of our parents or
of grandparents, a phenomenon that is very common and with which we claim to
fill the gaps in our childhood memory.
The risks involved in repressing emotions ❯

add a comment of Memories: where are they stored?