McDonald's: a petition to request a vegetarian menu 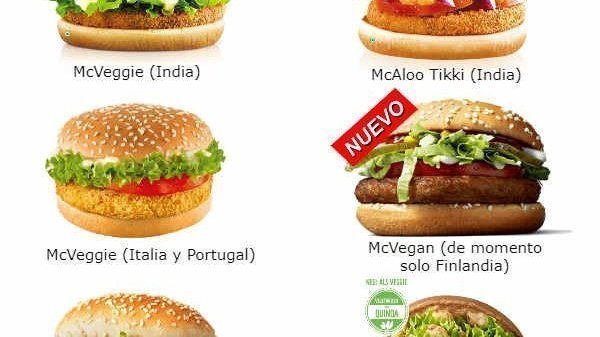 McDonald's will propose a vegetarian menu? The petition to request the introduction of the vegetarian burger McVeggie he collected in a short time as well 80 thousand signatures, but it seems that the fast food multinational will hardly listen to it. Health and wellness author Kathy Freston has decided to collect signatures for McDonald's to introduce a veggie burger among their menus.

The campaign garnered the support of several stars, including Russell Simmons, Pamela Anderson and Alicia Silverstone, who supported the cause through social networks. It remains to be seen whether McDonald's will welcome such a proposal, as Taco Bell had previously done, following a petition born online.

The petition addressed to McDonald's was born out of the will of US consumers to introduce a 'healthier option than meat burgers, represented by a veggie burger. THE Vegetarians Will Americans start frequenting McDonald's fast food restaurants thanks to the possible introduction of a new veggie burger? Certainly, those who have decided to boycott the multinationals and those who doubt that the well-known fast food can offer really healthy alternatives among their proposals will not do it.

Spokesmen for the chain did not reveal much to the US press. In fact, they simply emphasized that the success of the products offered is determined by consumer choices and that the proposed menus may vary over time on the basis of their requests.


Already in 2000 McDonald's had tried to introduce a vegetarian sandwich, but the initiative had been a real one flop. Now though times appear to have changed and consumers would be much more attentive to nutrition and health. Recently, however, McDonald's has introduced gods in the United States salad dishes, which would represent only 2 to 3% of sales. It means that those who frequent fast food still prefer the classic burger sandwiches.

In 2012 McDonald's had announced opening a completely vegetarian fast food in India, scheduled for 2013. In such a case, who could guarantee that with the transition to the vegetarian menu, the quality of the chosen ingredients is truly more respectful of health? The most striking example concerns the vegetarian wraps proposed by McDonald's last year in Canada. Despite the absence of meat, the vegetarian wraps were still quite caloric.


Not to mention that a vegetarian could hardly be attracted to a veggie burger offered in a fast food restaurant of one of the multinationals that most favor meat consumption. In short, US citizens try to put pressure on McDonald's to improve its offer, but very unlikely they will see the introduction of a vegetarian menu, unless the alternative demand exceeds that of classic meat burgers. But, between us, do we really need it? After all, alternatives and vegetarian fast foods are realities that are emerging all over the world, including your country. With or without the contribution of "Ronald".

- McDonald's, India's first vegetarian fast food restaurant
- Mc Donald's winks at vegetarians. Will he be able to seduce them?
- What if the solid-food were vegetarian?

add a comment of McDonald's: a petition to request a vegetarian menu