Marshmallow Test, How To Resist? 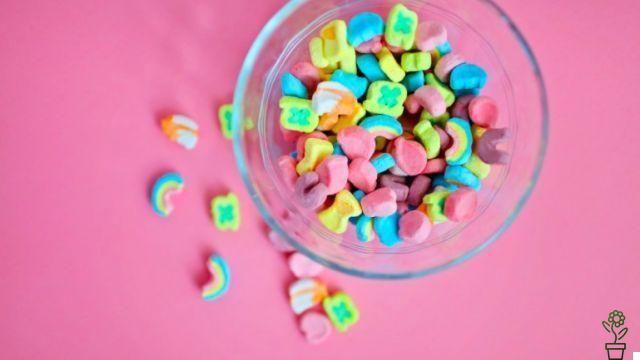 In 1972, in a Californian kindergarten, Professor Walter Mischel of Stanford University conducted a psychological experiment, the marhsmallow test, which made the history of the social sciences.

The protagonists of the experiment were a group of children between 4 and 6 years and, in fact, marshmallows: soft sweets, similar to cotton balls, very popular in the United States.

They are not very popular in Europe, but for American children they are a real delicacy, and it is difficult for them to resist the delicate flavor and soft texture of these small sugar cylinders.

Mischel's goal was precisely to study self-control and willpower tempting them with treats, and to evaluate how these qualities correlated over time to professional and personal success.

Mischel gathered the children in a room, made them sit in front of a table of sweets and submitted them to a very simple choice.

They could eat a marshmallow right away, or they could wait fifteen minutes and in that case they would get two.

A dilemma, the egg today or the chicken tomorrow, no small feat for children of that age.

After that Mischel left and left them alone, intending to examine their reaction from a distance - via a hidden video camera -.

Mischel called those who had succumbed ahead of time “low delayers“, that is, individuals poorly able to delay instant gratification in favor of a long-term advantage.

While those who managed to resist, even with effort, to the end, were qualified “high delayer”, that is, a subject capable of managing an immediate temptation in the name of a belated but more consistent reward.

As we have said, the aim of the study was not only to observe individual differences in self-control, but also to understand how these would later affect the future of children.

Mischel then returned to collect data on the latter a few years later, in their adolescent phase, and discovered some very interesting things.

The so-called "high delayers" had developed, on average, better intellectual and behavioral skillsThey handled stress well, were able to plan their time and did well in school.

Moreover, years later, their excellent preparation had allowed them to obtain high scores on the so-called "SAT", the test for admission to college.

But Mischel did not stop there and returned to the boys, now young adults, when they had reached 25-30 years.

And the trend turned out to be the same: those who as a child had managed to pass the quarter of an hour of marshmallow test without eating it had achieved greater successes in the academic field, and beyond.

They were adults capable of building long-term projects, with a good degree of adaptation to difficult situations and an excellent ability to build satisfying relationships.


In subsequent years, the experiment continued, and some of its implications have been further analyzed and deepened.

The results left little doubt: on average, those of them who had shown greater self-control, had managed to hit the professional and work goals they had set themselves better than those who had quickly succumbed to the temptation of marshmallow.

Then of course, there were happy and successful people even among those who had succumbed to temptation right away.

But in percentage they were much less.

If you think about it, you will see that every day, completely unconsciously, you are subjected to every day dozens of small marshmallow tests.

That is, you find yourself constantly having to choose between things that cost you effort but that will give you results in the future and things that instead give you a instant gratification.

Don't be surprised if, very often, in these tests that life continually puts you through, you find yourself procrastinating what is important and choosing instant gratification instead.

Not for nothing, in the marshmallow experiment, the low delayers were double the high delayers!

But, at the same time, you don't have to either resign yourself nor, worse still, use low resistance to temptation as an excuse.


First of all, in fact, as we have seen, the difference in results between low delayers and high delayers is an average difference: both groups present individuals of high and low success, simply in different proportions.

Then, in the articles on neuroplasticity and the growth mindset, we have clearly seen how our brain abilities, even if influenced by genetics and the social environment, are able to transform well beyond the period of childhood and adolescence.

If London taxi drivers develop a hippocampus (brain seat of memory) hypertrophic thanks to the training they undergo to learn the 25 thousand streets and lanes of the city center….

… Well, then any of us can train your self-control and one's willpower by learning to postpone the temptations of the moment in favor of a higher end.

How to pass the marshmallow test

I have often talked in this blog about how to increase one's willpower, how not to consume it absurdly (see Bridget Jones reveals two mistakes…), how to "bypass" it by creating positive habits.

Before all these techniques, however, to pass your daily marshmallow tests you have to do two things:

1. Understand when you are in a test situation

To those of my students who are continually distracted while studying, I often ask them to identify exactly when and how they get distracted and to write it down in a journal.

I also recommend you to do it.

In this way you reach a kind of awareness that makes a huge difference compared to knowing that, generically, you "get distracted".

During your day in fact there is no Doctor Mischel or doctor Armando who tells you "hey, if you don't eat this sweet, now you can eat two in 15 minutes".

You have to be the one to understand what your "treats" are, that is the temptations that continually distract you and away from the ultimate prize, be it passing an exam, losing weight, getting a promotion, or improving relationships with your family.

And once you've clearly identified these distracting factors:

Obviously it makes it a lot easier not to get ripped off, don't you think?

Understand that, every time, there's more than that marshmallow at stake

Smoking a cigarette at an aperitif is not in itself addictive.

And this is precisely the kind of reasoning we do when we look for an excuse to transgress our good intentions.

But the fact is, in the long run, all these small failures, all these failed marshmallow tests, weaken your self-control.

While vice versa, whenever you resist temptation, you strengthen it thanks to brain neuroplasticity.

And that's not a way of saying: the brain areas of your self-control increase neuronal recruitment, thicken, improve their coordination and the strength of the electrical discharges that pass through them.

And your self-esteem improves too, precisely because you have shown yourself that you can control yourself.

Remember that, as we have seen when talking about the growth mindset, we are not meant to be forever o high delayers o low delayers.

A high delayer therefore does not have to sit on its laurels, because it can progressively slip, one failure after another, among the low delayers.

And a low delayer has nothing to worry about, because it can, step by step, build the self-control of a high delayer.

When every day you evaluate the metaphorical candy in front of you, then remember that it's not just the result you give up at stake eating it.

There is also at stake the development of your character over time, your future self.

If you are aware of this fact, the temptation to say "it's just a small transgression" will be much less powerful, while it will greatly increase your motivation to resist it.

A greeting and see you soon. Armando.

add a comment of Marshmallow Test, How To Resist?