Manipulation and Guilt: The favorite technique of people who take offense at everything 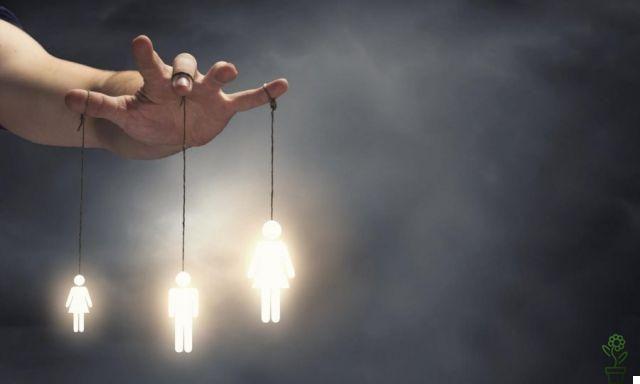 As children we were taught to apologize. We were told it was a sign of good manners, and it is likely that on more than one occasion during our childhood we apologized without being fully aware of what we had done wrong. As a result, the seed of guilt began to grow within us.

But if you find that you often apologize without really knowing why, simply because you know that somehow your words, attitudes or actions have bothered someone, it is likely that this person is emotionally manipulating you, leveraging your guilt.

If you often ask yourself: what will I have done wrong? How will I have offended him? Or you always apologize to the same person using phrases such as "sorry if something I said or did offended you", you are probably being manipulated.

And it is also likely that behind this situation there is a very sensitive person, who takes offense at everything but tries to blame others. This person usually can't handle differences of opinion or constructive criticism, so they will react by becoming defensive and trying to undermine your confidence.

- Sensitive points. There are people who get angry every time we touch on certain topics, sensitive points that, regardless of how we deal with them, always generate an intense emotional response. Of course, there are times when the wisest thing to do is not to touch these keys, but if the consequences affect us directly, then we will have no choice but to face the problem or run the risk of it turning into an "elephant in a room." ”Ending to generate a situation of tension that affects everyone. In these cases, we must be aware that it was not us who caused the anger, the other person is angry because he is unable to deal with certain situations.


- Make you feel bad. The strategies for making yourself feel bad can be very different. There are those who can stop talking to you as a punishment, avoiding your presence and / or responding with monosyllables. Others may attack you directly, claiming that you made them feel bad with your words or actions. There is no doubt that everyone is free to express their opinions and feelings. In reality, there's nothing wrong with getting feedback, as long as the goal isn't to manipulate you into making you apologize by making you feel like a bad person.

- Refuse to address the problem. Some people, when they feel hurt, refuse to address the problem. In some cases it is convenient to give them the space they need to process what happened, but other times it is simply a strategy to make you feel guilty. Basically, by refusing to talk about the problem, they become your victim. When they close the ways of dialogue and solution they condemn themselves to the role of martyr, making you assume the role of the executioner so that you feel perpetually guilty. These people demand "total surrender" and on their terms, they won't stop until you take full responsibility for what happened, even if it doesn't belong to you.

- Undermining your self-confidence. Sometimes, when a person feels overwhelmed, they react by becoming defensive and attacking. This is a normal reaction. But if you find yourself in this situation often and someone attacks you to make you feel guilty or inferior, deep down that person is trying to manipulate you to gain control by making you feel bad, undermining your confidence and self-esteem.

It takes two to offend someone

We take it for granted that when someone feels offended, it's our fault. We have offended him with our words, attitudes and / or behaviors. In fact, this is only partially true. Each offense implies the existence of "sensitive points" in the other. Therefore, what may be an offense to some people is not to others.

This does not excuse us. We must not become suicide bombers of the truth, saying the first thing that comes to mind thinking that the other should elaborate it in the best way. In any conflict there are always two sides, so it's not fair to put the responsibility on just one of them to make her feel guilty.

We are responsible for our words, but not for what others mean. We must strive to convey our message in the best possible way, but we are not responsible for the "sensitive points" of others and, above all, we are not obliged to remain silent when something directly concerns us just because the other person is very sensitive. After all, those who "swallow too much eventually choke".
Of course, the problem arises when someone who tries to manipulate you is someone who is close to you, someone important you trust. It's hard to fall into the net of manipulating a stranger, but when feelings are involved, it's easier to give in. If you see that your words may have hurt someone you love, chances are your first impulse is to apologize, even if you're not sure why.

However, by doing this you miss out on a precious opportunity for your relationship to grow and instead you contribute to the manipulation and childish behaviors that end up wearing down any type of relationship.

An apology must be a conscious act of assuming our responsibility, no more, no less

There will have been times when we will surely have wronged and hurt someone, and we had to apologize by taking our share of responsibility. But there are also situations where we don't have to take responsibility for the susceptibility of others if we are sure we are true to our essence and express ourselves as assertively as possible.

Khalil Gibran said: "A man must be old enough to admit his mistakes, smart enough to take advantage of them and strong enough to correct them." This means that apologizing must always be a conscious act, the expression of a reflective process on what happened, not an automatic act with which to give power to the other to manipulate us emotionally.

In fact, we have seen that apologies are not as effective as we think and often do not serve to repair a damaged relationship. Psychologists at Ohio State University have isolated the three essential ingredients for an apology to be effective:

1. Acknowledgment of responsibility. It is a question of recognizing that we have made a mistake, for which we must first be aware of what we have done wrong, a generic apology is not valid.

2. Offer to repair the damage. It means recognizing that we are willing to do something to correct our mistake. In a way, it is a declaration of goodwill but, again, it must be based on the belief that we have made a mistake.

3. Express repentance. It is about expressing sincere repentance, which allows the other person to see that we are deeply sorry for what has happened.

How to deal with these attempts at manipulation?

1. Don't think about it too much. Ruminating about what happened is one of the worst things you can do. Not only will it affect your mood, making you feel more irritable, frustrated and / or angry, but it is also more likely to end by assuming a guilt that does not belong to you or develop a negative attitude towards the other. Therefore, avoid overthinking about what happened.

2. Ask for clarification. It is helpful to ask for clarification on what happened. You can tell the other person: “I see you are angry. Can you explain to me why you feel this way? " You can also apologize like this: "I'm sorry my words provoked this reaction of yours, but I'd like to know why."

3. Defend your right to express yourself. It is convenient for you to take your share of responsibility. For example, it could be that the way to express that truth was not the most appropriate, or that you generalized too much by expressing an idea. But in order to stop any attempt at manipulation in the bud, it is important that it is clear to the other person that you have the right to express yourself in order to defend your needs and / or points of view.

Find out how to defend yourself from manipulators by learning to recognize and manage them by reading this book. 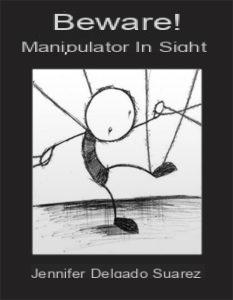 Maturity is saying YES without fear and NO without guilt ❯

add a comment of Manipulation and Guilt: The favorite technique of people who take offense at everything