Il manganese, metal similar to iron and contained in many foods such as ginger, cinnamon and basil, it is useful for correct mental function and the bone growth. Let's find out better

> 2. Effects of the manganese on the body and psyche

> 5. Excess or deficiency of manganese 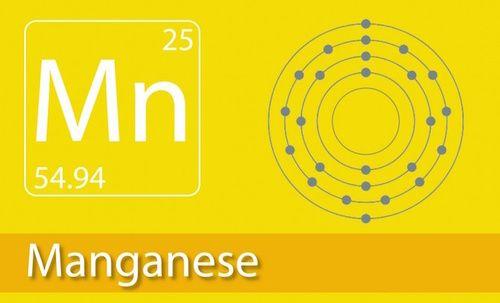 Manganese is a metal that has the symbol Mn and atomic number 25. Physically it is very similar to iron, gray-white in color, hard, but very fragile.

It is a nourishing trace mineral for the human body, many types of enzymes contain one or more manganese atoms.

The fabrics richest in manganese are the bones, liver, kidney, pancreas. Manganese is absorbed in the intestine and other minerals, such as iron, can slow or impair its absorption.

Effects on the body and psyche

Manganese from daily food was absorbed in a percentage ranging from 5 to 10%. Manganese is essential for a good functioning of the organism, for the activation of the enzymes essential for the digestion and assimilation of nurtients. Furthermore, plays a fundamental role for correct mental functionality, for bone growth, for the formation of skin collagen and protecting cells from the action of free radicals.


Its deficiency can cause difficulties in reproductive capacity, growth retardation, impaired bone and cartilage formation or metabolic dysfunctions.

Among the factors that can determine a metal deficiency, in addition to a poor diet, are: excessive sweating, the use of antacids or oral contraceptives.

The lack of manganese in the human organism it is difficult to find. Usually 2 to 4 mg per day are recommended, but there are those who argue that its intake should be higher, around 20mg.

Learn more about the properties of wheat sprouts, rich in manganese

Excess or deficiency of manganese


Much more serious is the excess of this metal in the human body: manganese pure is toxic: Parkinson's disease it has often been related to manganese exposures in the metalworking industry, especially among welders.

Already known in prehistoric times, used in cave paintings, manganese was also used by the Egyptians and Romans for the manufacture and coloring of glass. In 1912 the French specialist Bertrand unequivocally ascertained the vital function of manganese in the human organism.

Manganese is normally used today in the steel production; its dioxide was used in the first types of cells and batteries, while oxide is a brown pigment that makes up natural earth, such as sienna.

Among the countries richest in manganese are Ukraine and South Africa, but also China, Mexico, Burkina Faso, Australia and the United States.

In miners they found themselves effects caused by exposure to manganese such as hallucinations, irritability, violent behavior, which have led to talk of "manganese madness".

Manganese among the natural remedies against seasonal allergies: discover the others