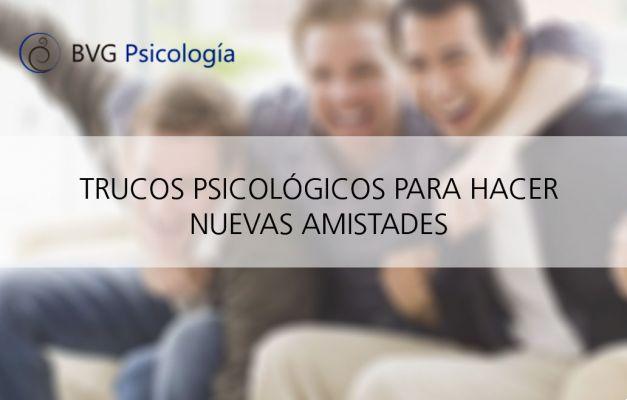 Is friendship possible between a man and a woman? Can men and women just be friends"? The answer is yes, but only in some specific cases.

Problems and solutions for potentially carnal or romantic friendships between men and women.

We take a look at the research literature on friendship between men and women. Apparently, research on this topic began about ten years ago. Bleske and Buss (2000) surveyed college students about the benefits and costs of opposite-sex friendships in their lives. In general, many of these benefits and costs were the same for men and women: Both genders enjoy opposite-sex friendships as dining companions, conversation partners, higher self-esteem, information about the opposite sex, social status, respect, and shared resources . Both genders also noted some similar costs of friendship between people of the opposite sex, such as jealousy, confused relationship status, unrequited love, cruel or mean behavior, and being less attractive to them because of the friendship.

However, the responses of men and women differed on some key points. Men were more likely to see sexuality and romantic potential in a friend of the opposite sex as a benefit, while women saw it primarily as a cost. As a result, men were also more likely than women to report having sex with a friend (22% vs. 11% of women). Men were also more likely to report low self-esteem and having to spend a lot of time with the friend as a disadvantage of the friendship, while women found their inability to reciprocate the man's attraction as the main negative aspect. Thus, when the friendship did not turn sexual or romantic, the men often felt rejected and used (i.e., "in the friend zone"), while the women felt uncomfortable because they did not reciprocate the other's attraction. the same way. Conversely, as friendships became romantic/sexual, some of these men continued to label women as "just friends," roughly twice as often as women. This leads to another friendship zone that women routinely deal with, the "friends with benefits zone," where sex may be shared but commitment is not reciprocal.


Women have reported unique advantages and disadvantages of friendships of the opposite sex. They were more likely to experience the benefit of their male friends paying for outings and enjoying the physical protection of these friends. (Men, on the other hand, saw this as costing more money and time.) The women also enjoyed the opportunity to meet new people through their male friends. However, as mentioned above, women found it disadvantageous when male friends desired sex or romance. Women never liked it when their male friends caused trouble getting to know their other female friends.

The research we discussed earlier supports the idea that men and women can sometimes have very different goals and desires in male-female friendships. While at times the two of you may be looking for a friend to hang out with and nothing else, at other times the plans may be different.

To top it off: each sex sees the benefit of the other as a personal cost. Therefore, women tend to find friendship between men and women as a handicap and a burden when male friends yearn for sex and romance. Men, on the other hand, find the time and money involved to be costly and frustrating, especially when their romantic desires are unrequited. So, due to unrequited desires, we have the core of the problems in this type of friendship.

What does this mean for the "friend zone"? The friend zone is essentially an unequal relationship, in which the wishes of both friends are not equally fulfilled. It can exist in a "friends only" context, with shared resources (usually gratifying to the woman's needs), but sex and romance are not an option (usually frustrating the man). A mismatch can also occur in a "friends with benefits" context, where sex is shared (usually satisfying the man), but resources and protection are not available (usually frustrating the woman).

While these patterns are the most common, it is important to note that both genders can experience both situations. Some women may want to have emotionless sex with a friend. Some men may want a long-term relationship with a friend. The important thing to remember is the mismatch of needs. The exchange is not equally satisfying for both friends.

Tips for Negotiating a Satisfying Friendship with the Opposite Sex

Previous research (and the experience of many people) shows that it can often be difficult for men and women to be friends. They often have very different expectations of what this "friendship" will entail. However, there is something in common. So, with a little effort, satisfying friendships between men and women can be created (at least in some situations).

How to make friendship between a man and a woman work

It is common for people to only think about what they want. They may also think that what they want is somehow more noble, important, or urgent than what the other person wants. This is simply not the case.

When you enter a relationship, even a simple friendship, what others want may be different. Each person's friendship goals may be unique. Some people want company, others resources. Some want sex, some want commitment. In order to have a friendship of any kind, it is important to respect these differences. Don't let anyone embarrass you of your desires. Likewise, don't embarrass your friends.

The frustration and difficulty begin when both individuals are not honest about their goals. For example, a man may claim that he only wants the company of a woman when he really wants a girlfriend. Or, a woman can flirt with a man, when she really wants to be taken out to dinner, protected, and patronized. Without knowing it, his "friends" and her "friends" may not take care of these needs.

So if you want something specific from a friendship, it's important to say it (or make it understood in some way). This may mean that you need to have a good honest conversation and ask yourself questions. It can also mean acting more like a "boyfriend" or "girlfriend" from the start than just a friend, making immediate physical or emotional demands.

For example, some men in conversations with a potential friend or partner say they "don't offer lunch/dinner unless a woman is looking for a relationship." Some women report that they "don't sleep with men who aren't interested in a long-term relationship." Still others talk about their pre-existing relationship, letting others know that "friendship only" is available.

In any case, it is important that both parties are clear about what they will and will not be part of the “friendship”. Communicating your wishes and listening to those of others is essential.

Sometimes both "friends" try to inch their way toward love and loving commitment. Other times, both are just looking for some sexual benefit. At other times, however, they just share a mutual desire for companionship, conversation, and support. All of these are good foundations for satisfying (without frustration) friendships between men and women. Most of the time, these occur when both individuals have the same desire for love and sex with their friend. These balanced and fulfilling friendships also occur in situations where both friends have their own needs for love, sex, resources, and protection already met by a girlfriend or boyfriend.

In other friendships, the wishes may not coincide so well. In these situations, costs rise, frustrations mount, and resentment sets in. Therefore, it is often best for everyone involved to end these friendships soon. When you realize that you want more in a friendship (or relationship) and that desire is not reciprocated, walk away. Likewise, when you don't want any more, but your friend does, leave him alone. Either way, don't try to make others stand against their needs, you'll only get yourself in trouble. So save yourself the frustration of spending time and money on a lost cause. Or, make sure you push that desperate-for-love friend away as quickly as possible, before he ruins your other relationships and makes you feel bad.

Nothing you hope to gain from a short-term, lopsided friendship between a man and a woman will be worth the costs that will eventually arise. So when the relationship isn't mutual, even if it's initially in your favor, end it there. Leave before the negative consequences pile up. Stay only in those relationships where the benefit is mutual and long-term.

Conclusion: Is there friendship between men and women?

Can men and women just be friends"? In many cases, the answer is no. Sometimes it's good for both people to see friendship as a step toward love, sex, and/or a mutually satisfying commitment. Other times , men and women cannot be just friends because one of them wants something more.These unrequited desires between men and women lead to situations of imbalance in the friendship zone, where the needs of one person are fully met at the same time. at the expense of the other.Those unfortunate cases and the frustrations that surround them are the friendship problems we hear so much about.

Friendship between a man and a woman is not impossible. However, you need to find someone with friendship goals that match yours. Communicate clearly and walk away when there is no reciprocity is the key. Also, if you want to be "just friends," it may be best to choose friends who are already in other romantic relationships. This way you can have a satisfying platonic relationship, a good friend, and no frustration.

For more articles on psychology and relationships, visit our dedicated section:

Learn to say no: how, when and why ❯

add a comment of Male-Female Friendship: Psychology, Tips and Tricks