The bean belongs to the legume family or fabacea and is a plant native to Brazil and Argentina. The bean was already known 7000 years ago in South America and only after the journey of Christopher Columbus was this plant also introduced in Europe.

The latter bean is also known as Eye bean and it has been cultivated in Europe since ancient times before the discovery of America and the import and diffusion of Phaseolus vulgaris or the American bean.

However, both plants have the same climbing habit, the same cultivation needs and usually they are on an annual cycle. They love to grow in moist and rich in organic matter soils and do not grow well in too compact soils rich in clay or limestone.

The varieties of beans are really many and we can count more than 300 different types among which, however, only about sixty are edible. On the other hand, hundreds of varieties and sub-varieties are grown, all different in size, color, shape, ripening speed, number of beans in the pod, preferable use (raw, cooked or for storage). 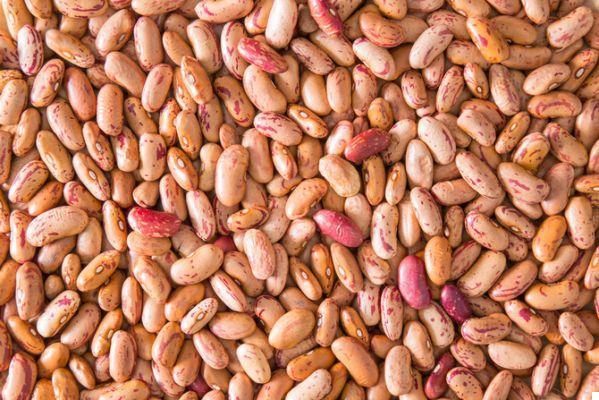 Borlotti beans are the best known and most sold in the country. They belong to the selection of American beans imported from South America which, however, over time has found excellent air conditioning in the country, so much so that nowadays we have many varieties of borlotti beans typical of the country such as borlotto from Vigevano.

The characteristic of these beans is the beige color that tends to pink and on the peel there are evident darker patches of a color similar to rust between the reddish and the brown color.

There are also varieties called borlotti lingua di fuoco which has bright red streaks of the skin. The main use of borlotti beans is in the preparation of soups, soups and even alone in salads.

Borlotti are beans highly appreciated for their ability to absorb food flavors that are cooked together and this is the main factor that sees the borlotti beans in many traditional recipes of our kitchens el paesene between rustic soups, pasta with beans and pork rinds with borlotti beans. The harvest time is between June and September, although we can buy them all year round dried or canned.

Read also When to sow beans and green beans >> 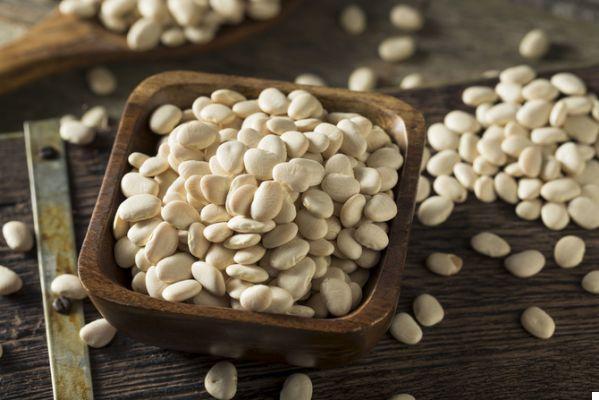 Cannellini beans are another well-known variety of beans and their shape is more cylindrical, the size is quite small and the skin is thin and white. The flavor of the cannellini beans is strong and the heart of the bean is tender and floury.

They can be cooked very simply by boiling them in water flavored with rosemary or sage then sauté them in a pan with chopped onion. They are suitable for the preparation of soups, soups and salads, but also for more elaborate dishes such as croquettes, vegetable burgers and spreads. Cannellini beans are sold dried or in jars already boiled.

White beans from Spain they are also known as ciabattoni or corona beans. These beans are medium to large in size with a slightly flattened shape and a white skin color although there are two-color varieties with reddish patches. Their flavor is delicate and the internal pulp of the bean is tender and meaty.

In the country they are widespread mainly in the south and are used to prepare the classic dish with onions, tuna, cherry tomatoes and beans. Also very popular in recipes with spicy tomato sauce or natural with a drizzle of olive oil.

Beans with the eye 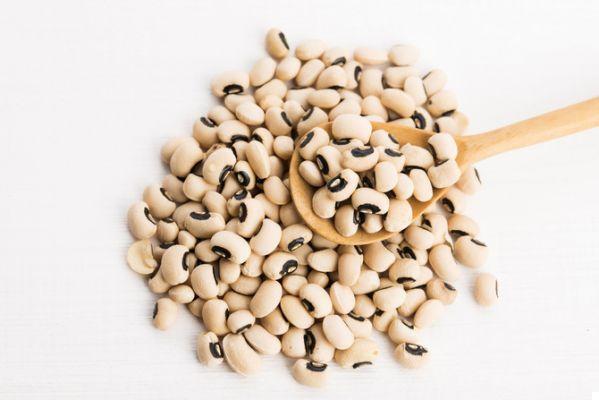 These beans are small in size and they have a white skin with a typical dark spot where the seed touches the pod. The cowpea is the oldest cultivated in the country and the only one known in Europe before the import of American beans after the discovery of America.

Its productivity is not high and for this reason in the country we began to lose the tradition for its cultivation. In some areas, however, the crops have continued and so in Lombardy we find the black cowpea of ​​Pizzighettone, the Umbria the bean of Lake Trasimeno and again in Tuscany, Veneto and Puglia we have other ancient varieties of cowpea.

A good feature of this bean is that it needs a few hours of soaking and cooks faster than other beans. Its composition is even lower in fat and richer in mineral salts and fibers.

The particular name of these beans is given by theirs color reminiscent of a nun's dress. However, there are different colors of the skin of these monachelle beans that also see varieties of white and red or white and brown.

The streaks are always dark from black to reddish or even brown. Monachelle beans are hardy plants that grow well in the country and which are used in traditional recipes of some of our Regions. 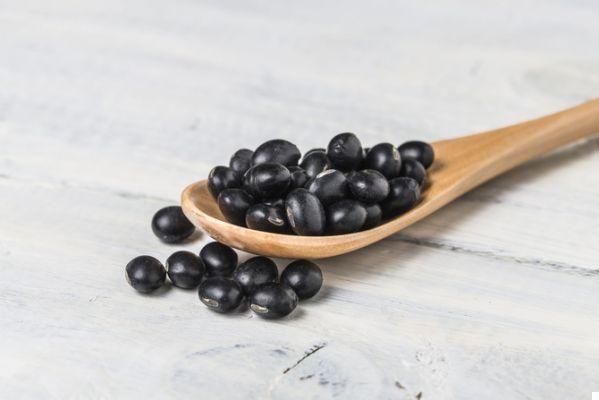 Black beans are typical of Central and South America, especially Mexico. Their skin is glossy black and the bean is not very large in size. Their flavor is strong, spicy and even slightly sweet. They are used for the preparation of purees, soups, side dishes and various sauces.

They go very well with spicy foods and they are the famous beans that Bud Spencer ate in his films. Their nutritional composition is excellent in terms of both fibers and minerals, vitamins and proteins. 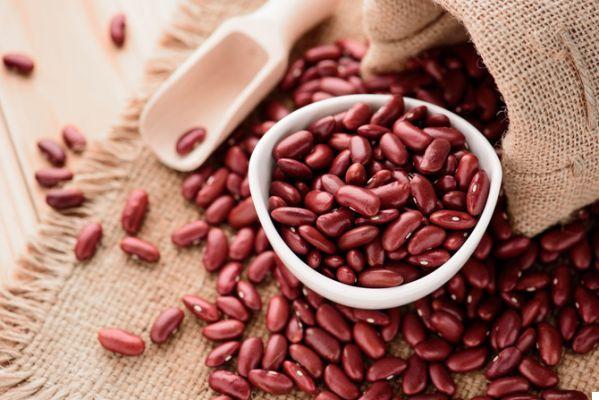 These too red beans are typical of Mexican cuisine which sees them mainly used in recipes such as chili con carne or served with rice and meat.

This bean has a good size and its pulp is floury with a sweetish flavor. It is also used to prepare purees, soups and even salads. 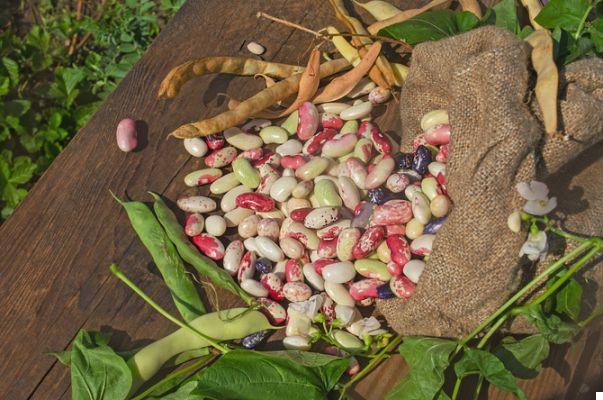 These beans originate from Central America and in particular the name refers to the Peruvian capital. They are also known by the name of Papa's beans and there are many hybrids such as the Cape bean or Madagascar bean.

However, all Lima beans are very large up to 2 centimeters in length and flattened in shape with a skin color that varies from greenish white to red with possible white veins. Their flavor is intense and during cooking they quickly become creamy therefore they must be heated carefully, avoiding prolonged cooking. 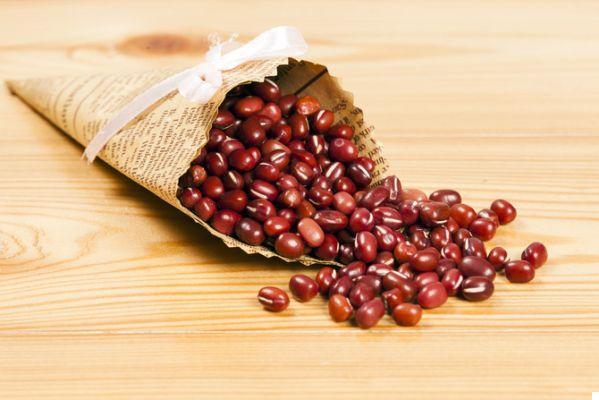 Azuki beans are better known as red soybeans and are i typical beans of red color and sweetish taste that are grown in Japan. These beans are very digestible and have low sugar content with a high wealth of mineral salts.

Their taste is reminiscent of chestnuts and therefore in Japanese cuisine these beans come traditionally used in recipes for the preparation of desserts. 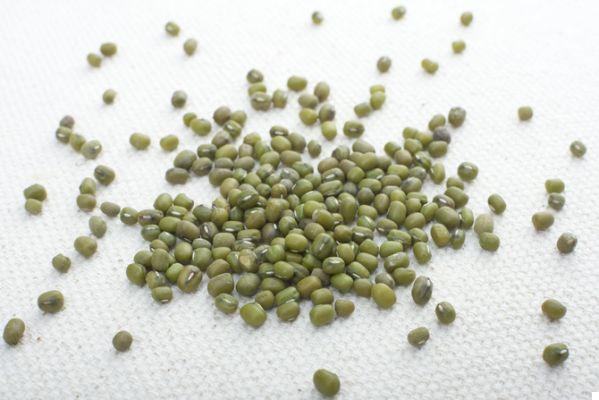 Mung beans are also known by the name of green soybeans or vine beans. These beans originate from India which sees them present in some traditional recipes especially in soups and as side dishes. They are also used a lot for the preparation of sprouts.