For some years now, low carb diets have been the subject of intense debate between those who propose them and those who continue to defend the diet will meditate. The controversy, of course, does not only concern the slimming effectiveness of these diets, but also their repercussions on the health of those who follow them. 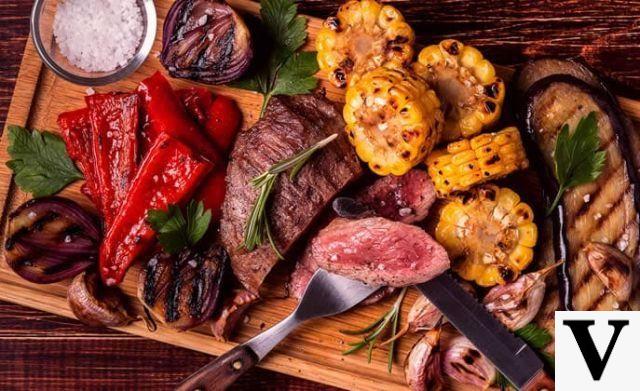 Low carb diets - in vogue for a long time in the world of physical culture and also proposed in the medical field - began to gain popularity in the early 90s, taking advantage of the decline of low fat diets. The latter, proposed in the United States to cope with the impressive spread of obesity, are based on the consumption of low-fat foods. Although the shelves of supermarkets were full of "low fat" foods (low in fat), this strategy not only did not give the desired results, but even contributed to accentuate the problem, due to the alleged abuse of general consumption. For this reason, after re-evaluating the function of lipids in the food sector (see dedicated article), the attention of many nutritionists or presumed such shifted to carbohydrates (carbs in English), especially on simple added ones (with a high index glycemic).

Desserts, sugary drinks, pastries, snacks and various appetizers were soon considered the main causes of the increasingly worrying and growing rate of obesity. Today, however, it is known that the main cause of overweight is the combination of excess calories from fat and excess energy from foods rich in refined carbohydrates (which greatly stress the production of insulin).
As often happens in this and other fields, someone thought it best to take this concept to extremes, giving rise to low carb diets (literally "low in carbohydrates"). A little for the enthusiasm linked to the novelty, a little for the clever advertising campaign, and a little for the indisputable slimming effectiveness, low carb diets spread rapidly in the USA and soon landed in your country. a real "idealistic stronghold" of the Mediterranean diet. The debate, which began about ten years ago, shows no sign of abating.

When can we talk about a low carb diet?

Low carb diets can be considered as such when they provide less than 100 grams of carbohydrates per day, between simple and complex, while the breakdown between energetic macronutrients varies according to the current of thought.
In particular, some argue that a low carb diet should be high in fat and maintain about the same amount of protein, giving a nutritional breakdown similar to the following:

Others, on the other hand, believe that it is essential to totally eliminate foods that contain carbohydrates, freely increasing protein foods and thus determining a division more similar to this:

It is essential to underline that the total energy provided by these diets is almost always lower than the norm-calorie one, which makes low-carb diets tend to be low-calorie strategies.
If the low carb diet does not include large amounts of protein and provides a moderate amount of energy, it is almost always of the ketogenic type, i.e. it determines the relevant production of ketone bodies (see below or read the Ketogenic Diet). However, "PURE" low carb diets (ie only high fat) are quite rare and almost all are also high-protein (as in the two cases we have just mentioned).
Some examples of low carb diets are: Zona, Dukan, Atkins, Metabolica, Scarsdale, South Beach cc.

The first question that needs to be answered is: Why should a low-carbohydrate diet facilitate the burning of fat in adipose tissue? Basically for three reasons:

Importance of glucose and blood sugar

In the absence of carbohydrates in the diet, the body uses its own glycogen stores.

The glycogen stores are, on the whole, of modest entity. In fact, about 100 grams of glycogen are contained in the liver, while another 300-500 grams are found in the muscles, depending on the overall mass.

At this point another question should spontaneously arise: Why does the body keep stocks of carbohydrates?


Because although dietary carbohydrates are not considered strictly essential, glucose is still essential for survival.
Some tissues function almost exclusively, or predominantly, on glucose (for example, nerve tissue and red blood cells); for this reason the long-term lack of carbohydrates in the diet is not actually sustainable.

Note: in the nutritional field, ONLY the molecules that the body is NOT able to synthesize autonomously and must therefore necessarily introduce with the diet are essential.

Precisely with regard to the importance of glucose, therefore of glycemia (glucose in the blood), the human body has developed additional resources that increase the chances of survival in the absence of dietary carbohydrates. The main ones are:

As it is logical to deduce, assuming few carbohydrates with the diet, the glycogen reserves are however gradually worn down, almost to the point of emptying them completely.

Most of the tissues, especially muscle, adapt to glucose deficiency by increasing the density of enzymes responsible for the cellular consumption of fatty acids (leading to weight loss). In this way, the remaining glycogen is saved and destined above all to the brain and anaerobic tissues, unable to use fatty acids (such as the aforementioned red blood cells). However, this is not enough.
Brain demands for glucose amount to approximately 4 g / h, while those of anaerobic tissues amount to 1,5 g / h. At this point the complications begin. Since the liver is unable to obtain more than 3 grams of glucose per hour from glycogenolysis, and considering that the reserves are gradually running low, it is forced to activate the "emergency" metabolic pathway of gluconeogenesis. This process leads to the production of glucose starting from the amino acids contained in dietary and muscle proteins, and starting from the glycerol of dietary and adipose fats (at rest, lactic acid has no relevance). The more the diet is low in carbohydrates and the greater the use of this metabolic pathway which, when it is particularly active (as in the case of motor activity), is accompanied by a significant decrease in muscle mass.
Also, the cellular energy production cycle CANNOT function properly without glucose. This is because from glucose oxaloacetate is obtained, necessary to bind the molecules of coenzyme A residual from lipolysis, without which the process "hitches" (slowing down of the Krebs cycle) with the release of ketone bodies.
We reiterate that ketone bodies are oxidized especially in the heart and muscles. When the glucose introduced with food and produced with gluconeogenesis is not sufficient to satisfy the brain's demands, the brain also adapts to using ketone bodies for energy purposes.
Indicatively, if the low carb diet provides more than 75 g of carbohydrates per day, the synthesis of ketone bodies is modest and the glucose deficit is overcome mainly through gluconeogenesis.

As anticipated, the ketone bodies (acetone, acetoacetate and 3-hydroxybutyrate) can also be reused by various tissues for energy purposes; however, they do not replace glucose. They are partly eliminated by renal filtration (with urine, to the detriment of body hydration), and with lung exhalation. Mostly, especially when there is also a lack of total calories and proteins, they tend to accumulate massively, resulting in:

These substances therefore have the disadvantage of acidifying the blood to the point of causing, in extreme cases (such as in untreated diabetes), coma and death of the individual. In the healthy subject they do not come to trigger problems of a similar magnitude, but they certainly do not benefit the health of the various tissues.