Losing control to open up to new experiences 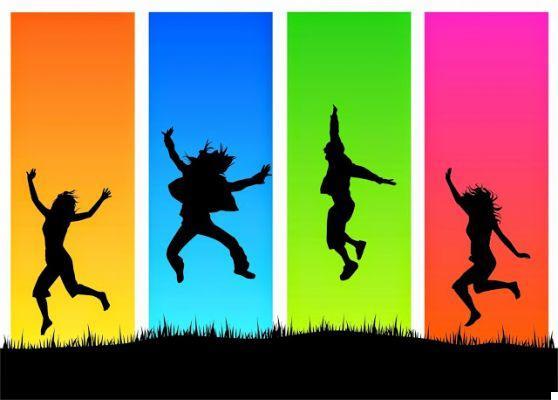 Are you one of those people who always want to have everything under control? If so, I give you good news: you are not alone, there are millions of people like you in the world. The bad news is that pretending to be in control is not very healthy.

If we reflect a little on this topic, we realize that on a social level, lack of control has always been associated with negative and erroneous behaviors. I mean, we think that when everything is under control everything is fine while that in case of absence of control, chaos reigns.

In a sense, this thinking is not entirely wrong, as when we don't know how to behave, when the situation is ambiguous and we lose control, we could run the risk of following a path that is not the most appropriate. However, making mistakes is not always a bad thing, because sometimes you can learn more from a mistake than from a
success.

What happens when we lose control?

A very interesting experiment developed at the University of Texas gives us some clues as to what goes on inside us when we feel the situation is getting out of hand. In this case, the researchers asked people to identify patterns hidden in a series of inkblots.

However, after the first images, the researchers started projecting spots where there was no hidden pattern, therefore, the problem had no solution and people became increasingly frustrated. Thus, the feeling of loss of control arose.

After a while, people began to see patterns where they didn't exist and the interesting thing is that the more the exercise advanced, the more patterns they saw. This is because our mind, when it does not encounter patterns to lean on, invents them. Obviously, this behavior leads directly to irrationality and superstition.


In reality, the most ambiguous situation we can face is life itself, there is nothing as unpredictable as life, but even if we are aware of this we still try to control everything by exposing ourselves to the risk of engaging in irrational behavior that could cause us a lot. suffering.

When we realize that we cannot control what is happening around us, we turn to ancient beliefs, superstitions and even stereotypes, in a vain attempt to make sense of what is happening to us. But what we get in return is nothing more than the illusion of being in control which can vanish at any moment.

However, if we accept uncertainty not only will we be more objective and rational, but we will also be happier and more open to new experiences and opportunities, because by doing so we will stop clinging to our old beliefs as a lifeline and we can so open our wings.

Losing control, as I mean it, means trying to understand and accept uncertainty as part of life. It means accepting that there are situations that we cannot control and others that we cannot understand. This is a big shift in perspective, but it's not a mission impossible, and it's definitely worth it.