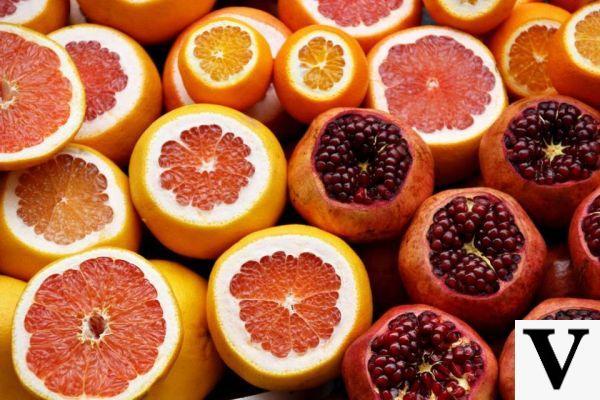 When the metabolism works slowly, the needle of the scales inevitably rises. But the nature provides us with foods, such as grapefruit, effective to reactivate the calorie-burning functions and keep insulin levels under control in the blood.

«This citrus fruit is worth consuming because the most up-to-date studies definitely have it confirmed the excellent slimming propertiesHe explains , medical expert in Nutrition, hygiene and preventive medicine in Rome.

In wedges or in juice?

Research from the Scripps Clinic in San Diego (USA) also clarified how to use grapefruit to lose weight: «The data shows that it is not necessary to follow a diet based only on this fruit, because such fundamentalist choices are dangerous to health. Enough instead add citrus to your usual daily diet to reach the goal », reassures Sturabotti.

The American study involved 100 obese people which were divided into three groups: the first consumed half a grapefruit three times a day close to meals; The second one drank the juice in the same way; the third did not integrate the diet with the fruit. After three months, the participants who ate the citrus fruit are lost about 1,6 kg, who drank the juice dropped by an average of 1,5 kg, while in the third group there were no significant changes.

One came to the same conclusions University of California study, in Berkeley, conducted on mice and whose results were published in the journal PLoS ONE: «Within a few weeks the animals, although fed a high-fat diet, they lost 13% to 17% of their weight drinking grapefruit juice », explains Dr. .

So it works even more

«Grapefruit is rich in esperetina, naringina e naringenina, three antioxidants (flavanones, a subgroup of flavonoids) that they activate metabolism and regulate blood glucose. To increase its effectiveness, you can combine it with another food beneficial for the metabolism such aspineapple, which deflates and drains excess fluids thanks to the high water content and an active ingredient known as bromelain ”, concludes the expert.

Try it also in the recipe that we propose below, created by the natural cuisine chef Nicola Michieletto.

In a salad with pineapple, salmon and fennel

Wash and chop the salad and fennel well, dice the pineapple and grapefruit and put everything in a salad bowl. Quickly scald the pan-fried salmon, cut it into cubes and put it on the salad just before serving, adding the oil seeds and the shelled pomegranate. Season with an emulsion prepared with dry yeast, acacia honey, salt and olive oil.

add a comment of Lose weight: because grapefruit activates the metabolism