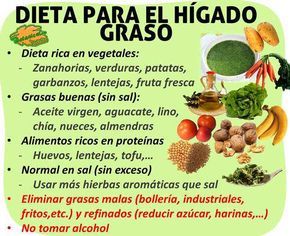 Although we often don't think about it, our liver is a unique organ in importance and number.

Its countless functions have earned it the title of generous organ par excellence. For this reason it is very important to keep it as healthy and functioning as possible, even through a correct diet.

Sometimes it happens that a slight pain localized in the upper right part of the abdomen reminds us of the importance of the liver and the risk that it can pay the consequences of a wrong diet.

Doctors, for their part, often emphasize the need to put one's liver on a diet since, even without giving symptoms, it can put on weight, and therefore no longer function properly. This condition is called fatty liver, better known as fat liver.

Role of Fats and Overweight

Excess lipids, especially saturated and hydrogenated ones, overload the hepatobiliary system, disturbing the functional balance of the liver. When high temperatures are reached during cooking, the condiments (oil or butter) undergo important alterations and generate toxic substances that contribute to weighing down the liver (see: frying oils).

Overweight, hypercholesterolemia, diabetes and obesity are conditions that facilitate the onset of liver problems. In addition to not exceeding the consumption of fats, it is very important to keep the total calories brought by the diet under control and to limit the consumption of sugars (sweeteners, ice creams, confectionery products and sugary drinks).

Even alcohol and the alkaloids contained for example in coffee (caffeine) the (theine), chocolate (theobromine) contribute, especially if taken in high doses, to fatigue the liver.

With the exception of particularly serious cases where the doctor himself imposes a low-protein diet, it is not necessary to reduce the protein intake below the recommended values ​​for the normal population. However, it is also important to consume proteins of vegetable origin (legumes) while benefiting from the high soluble fiber content typical of this class of foods (soluble fiber interferes with the absorption of some macronutrients, reducing cholesterol levels in the blood. and decreasing the risk of cardiovascular disease).

Except in special cases (patients with decompensated liver cirrhosis and high levels of ammonia), proteins must not be abolished or reduced. If dietary restrictions are necessary, it is good to give preference to vegetable and legume proteins, while among the animal ones, it is good to prefer the proteins of milk, fish and low-fat cheeses.

An absolute relationship between a high-fat diet and gallbladder stone formation has not yet been demonstrated; if anything, the opposite has been seen, with a higher incidence of gallbladder stones in poorly fed patients.

For the same reason, there are no particular dietary measures capable of preventing the formation of stones. In general, however, it is advisable to use common sense, following a healthy and balanced diet (for more information read the article: Diet and Liver Stones).

If the diet has taken a bad turn, it is still possible to restore lost health to one's liver through a purifying diet.

There are also foods and natural supplements capable of stimulating liver function; artichoke, boldo and milk thistle promote, for example, liver function, promoting bile secretion and consequently improving the health of the liver and intestines.

add a comment of Liver Diet - Keep it Healthy with Diet