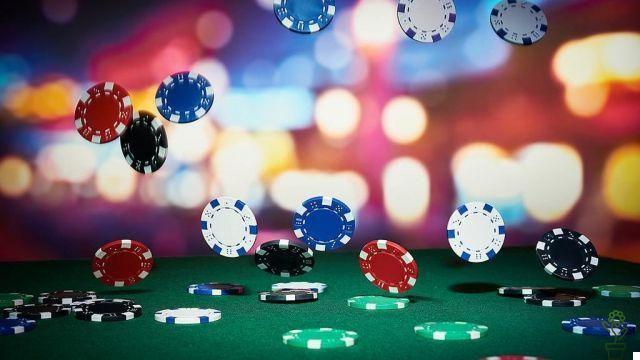 Sometimes the most important lessons in life come from those who least expect it. It is only necessary to remain attentive and open to the experience. In fact, no one is so poor that they have nothing to give or rich enough not to need to receive anything.

In this sense, poker players can be an unexpected source of inspiration for our personal development since many of the strategies used on the game table can also be applied to everyday life. In fact, psychology and poker have always gone hand in hand.

Success is a question of balance

Cornell University researchers set out to collect and analyze data from 27 million poker hands. They found that as players increased their bets they tended to develop a more aggressive style of play. But they also found a pattern: the players who won the most were those who knew how to maintain a balance between passivity and aggression. Neither the overly aggressive players, let alone those who adopted a passive style, were able to win large sums.

This shows us that the key in play, as well as in life, lies in balance. In fact, numerous studies have revealed that both the aggressive and the passive style are related to the development of different pathologies. Hostility, for example, has been linked with an increased risk of suffering from strokes and heart attacks, while passivity has been linked to the emergence of diseases such as peptic ulcers and skin problems.

Therefore, we must learn that there are times when we need to stand firm and stand up for our rights and other times when the wisest thing to do is to ignore and move forward. The key to our well-being largely depends on this balance.


You have to choose which battles to fight

Good poker players know when it's worth it to up the ante and go all the way into a hand and when it's time to fold. To make this decision they rely not only on logic, but also on intuition and experience.

In life, too, it is essential to know when to persevere and when the time has come when it is wiser to leave the game, because otherwise you will lose too much. In fact, often in our daily life we ​​are immersed in small battles that do not bring us any advantage but will leave us exhausted. Conversely, when we wisely choose the battles we wish to fight, we concentrate our resources and achieve better results with less effort.

It is also important not to fall into the mistake of continuing to work on something just because we have invested time and effort into it, ignoring the signs that we are on the wrong track. We must not give up too soon or insist too long.

If you forget about people, you won't get very far

There are those who think that poker comes down to odds. You are wrong. In poker the player is faced with other people and if he forgets it he is finished. Unlike blackjack, in poker you can win or lose fortunes due to the human element. An experienced player, even if he has good cards and the odds in his favor, cannot ignore his opponents. In fact, if he acts too confident and others notice it, they will quickly quit the game. Phil Hellmuth couldn't summarize it better: "Some people think poker is a card game, but it's actually a game of people played with cards."

In this regard, a study conducted at Harvard University found that poker players are able to quickly capture the facial expressions of their opponents and use this information to make their decisions. In fact, this information is processed in just 10 thousandths of a second, with the help of the amygdala, a region of the brain associated with emotions that helps us make decisions quickly.

In life, as in poker, the ability to connect with people is essential. In fact, it is one of the pillars of emotional intelligence and success. Therefore, it is important not to neglect the people around us, to nurture those relationships and to develop our most sensitive fiber. Too self-centered an attitude will not get us far.

To win, you have to know how to lose

In poker sometimes you win, sometimes you lose. A good player knows this and develops a tolerance to frustration, he learns to manage failure because he understands that every hand he loses is an opportunity to learn. You ask, where did I fail? How could I have done better? Players are aware that they can learn by playing. In fact, player Mike Sexton said, "To learn how to play poker is enough one minute, to control aspects of the game, a lifetime."

Developing a tolerance for frustration and learning to manage failure are also vital in life. In fact, if we spend too much time focusing on the problem, we won't have time to find a solution. Conversely, if we take mistakes as opportunities to learn, not only will we be able to grow, but we will also be able to live with less stress.

Finnish scientists asked several online poker players to estimate their odds of winning in different scenarios and to make their own game decisions. This way they saw that more experienced players got better results. Because?

Simply because they had developed faster thinking that enabled them to make better decisions, while inexperienced players wasted time in ruminating. In practice, novice players kept thinking incessantly about everything that could go wrong and the consequences, while experienced players took an emotional distance that allowed them to make better decisions. William J. Florence summarized this way of thinking and acting: “The key point in poker is to never lose your head. If you lose it, you will surely lose all your chips too ”.

Also in life it is important to learn to take an emotional distance from problems, so we will be able to make better decisions and, above all, act faster, before it's too late. In fact, the emotional distance that poker players adopt is a very old life lesson that has its roots in Taoism: detachment.

The illusion of self-control: think about it, you don't have everything under control ❯

add a comment of Life lessons that poker players teach us