Lies: Are They Discovered by Looking at the Eyes? 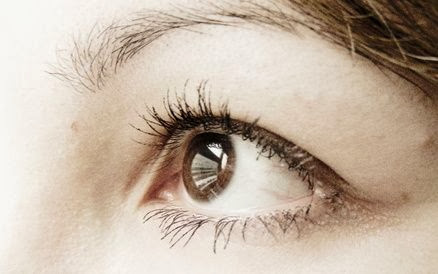 There is a popular proverb that states
and the eyes are the mirror of the soul.
Perhaps this is why many people believe that if you observe the eyes of
while someone says something it will be possible to find out if he is lying
or if he's telling the truth. In short, it is really possible uncover a lie just staring someone in the eye and
thus establish his true feelings?

Experts in extraverbal language
they go a step further and claim that when people do they normally
using their right hand, they move their eyes up and to the left while
they speak, they are evoking a real image. Instead, when the eyes move
on the right they would be looking in the creative part of the brain and therefore, vi
there would be a good chance they are lying. This theory dates back to the 70s
last century and is very widespread, especially in education courses neuro-linguistics. Either way, the
the truth is that there is insufficient scientific evidence to support this idea. Indeed,
in a study published in the journal PLoS One, some researchers
British claimed that there is no eye movement pattern that
allow you to spot the lies. The first study was carried out with 32
people using the right hand, who were monitored i
eye movements while lying or telling true stories from their lives. In the second phase of the study, they came
50 volunteers were recruited and asked to identify the signs of the lie
observing someone who allegedly recounted some incidents of his
life. Half of these people were told to watch out for the movements
Of the eyes. However, this preparation was of no help. The
prepared people discovered no more lies than the group that did not have
received no preparation. Finally, the researchers decided to
try their assumptions in real life. To do this they examined the
video archives of 52 people making public statements that in
later they would prove to be false in some cases and true in others. Not even in
in this case it was possible to observe that the movement of the eyes allowed to
spot a sure lie. In summary, the movement of the eyes
it is not the most adequate indicator for detecting a lie. Instead, it would be
better fix in the dilation of the pupils; a change that can
indicate fear but also desire and falsehood. Another lead is given by the manner
to keep the gaze. In the popular imagination there is the idea that the person
that mind does not look his interlocutor straight in the eye. This is true
only partially, as many liars look directly in the eye
just to convince the other. A very simple technique to convince the interlocutor.
The key lies in the duration of the gaze. In normal conversation he
eyes meet, lower and go astray. These are all movements
normal. However, when the gaze is fixed for a long time, they are there
high chances that the person is trying to persuade the interlocutor a
believe something that can be true or false. Finally, it should be noted that in
psychology the most important thing is not to find a single foolproof indicator
and to base a whole theory on one aspect. The direction of the gaze is alone
one more factor that needs to be analyzed within a lot of context
broader than signals where you will have to keep in mind everything starting from
personality characteristics up to the context in which the
conversation.
Technological lies: cell phone versus email ❯

add a comment of Lies: Are They Discovered by Looking at the Eyes?