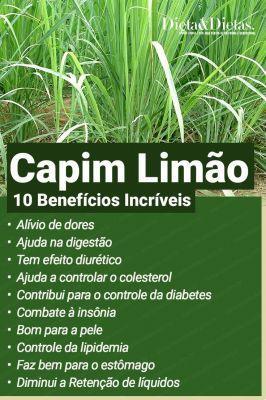 Cymbopong, this is the strange scientific name of the botanical genus to which the various species of existing lemongrass belong. Lemongrass, sometimes known and marketed under the English name of lemongrass, is a grass, as are wheat, sorghum and millet, which has small ears.

The most important part of its plant body are the leaves, the long leaves typical of its bushy and thick appearance. These long thin leaves, similar to stringy ribbons, are the parts used for the extraction of the active ingredients, as spices in the kitchen, or as herbal ingredients for very healthy herbal teas.

Although originally from the Old Continent, lemongrass has spread to all hot environments, especially the subtropical and tropical ones, from the Mediterranean to Indochina passing through the Middle East and Sub-Saharan Africa.

Let's talk about a herb useful as a food, as a drug and as a base for chemicals perfumery or as an insect repellent. In fact, in addition to having a strong aromatic power, the terpenes that make up citronella oil have antimicrobial and anticancer functions, as demonstrated by some in vitro experiments conducted ten years ago in Israeli universities.

The main properties of lemongrass tea

Let's focus now on its use in herbal teas. The list of benefits of lemongrass tea is endless and includes both properties recognized by mainstream medicine and potential benefits handed down by many popular medicines.


It must be said that one of the best known properties of lemongrass herbal tea is that of promote sleep, a correct, deep and continuous sleep. It is also known as mild analgesic and as a promoter of a healthy immune system.

But let's go through this list of benefits in order. First of all it is renowned the strong antioxidant capacity of lemongrass tea, capable of fighting free radicals and improving the performance of the blood system, especially the arteries.

This property is mainly given by the presence of chlorogenic acid, the flavone known as isorientina and swertiajaponin. Not to be underestimated then the antimicrobial properties of lemongrass tea, especially used for disinfect the oral cavity and to avoid the formation of caries.

It is in fact a specialized antimicrobial to fight Streptococcus mutans, the main cause of dental caries. The lemongrass tea is also a powerful anti-inflammatory, ability documented and appreciated above all in the oncology field, not only in the fight cancer cells active but also on a preventive level.

Also not to be underestimated his digestive capacity: a cup of lemongrass tea after meals promotes proper digestion and, unlike many other natural and non-natural digestives, has no contraindications for the stomach.

Other properties of lemongrass tea

Secondly, other properties of lemongrass tea are also recognized. Undoubtedly it is very useful for reduce blood pressure or to keep it low; has diuretic properties and it's a great tool for fight high cholesterol; relieves menstrual pains ed helps to lose weight; helps in case of constipation; improves the shine of both skin and hair; it is excellent in case of colds, flu, inflammation of the bronchi; it can help with headaches and muscle aches.

Making lemongrass tea is one of the easiest things: we will put the dried leaves, in a quantity of your choice, in boiling water for one minute and that's it. We can then sweeten with sugar, stevia or honey and, if desired, cool everything with ice cubes or by putting a jug in the fridge.

It is important to approach lemongrass herbal tea with judgment the first few times, it is in fact it is possible to be allergic to one of the numerous terpenes contained in its oil and run into reactions such as swelling, itching, burning of the mouth, pain in the nose or eyes.

Read also The deflating herbal teas, what they are and the recipes >>

add a comment of Lemongrass herbal tea, properties and benefits