Legume proteins: what is there to know? 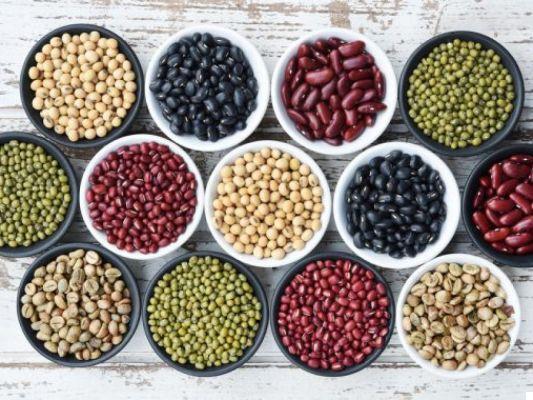 Dietary proteins, as essential nutrients, play a decisive role in maintaining a good state of health.

The most complete ones are of animal origin, but today we know that vegetables can also contribute to the achievement of protein nutritional requirements.

In this case, by combining legumes and cereals, and varying the type, it is possible to maintain a good dietary balance. This is because legumes boast a decidedly interesting protein content, both in quantitative and qualitative terms, and also provide many other nutrients that participate in maintaining nutritional balance.

To overcome the long preparation times of raw legumes, especially in dried form, today on the market there are also some food products that are as valid as they are practical, such as, for example, pasta made from legume flour, ready in a few minutes.

Legumes: what are they?

In the Mediterranean diet, legumes play a role of primary importance: they should in fact be consumed at least twice a week in considerable portions, for example as a first course, even in the form of legume flour pasta.

The raw ones contain potentially anti-nutritional molecules, which however are partially disposed of by soaking - in the case of dry ones - or in any case denatured by cooking.

From a chemical point of view, proteins are large and complex biological molecules, made up of one or more chains, in turn made up of "bricks" called amino acids. There are countless types of proteins, with equally infinite biological functions.

There are specific cellular structures responsible for the synthesis of proteins, which first deal with binding amino acids to each other respecting a specific sequence and possibly relating the various chains.


Organisms possess the ability to synthesize the necessary proteins, as long as they obtain the "building blocks" necessary for the construction of these chains through food.

Not all amino acids are the same, as are the proteins they consist of.

The amino acids that structure proteins are 20: a part of these is of an essential type, that is, given the inability to produce them independently, it must necessarily come from food. The rest are non-essential, and if necessary they can be summarized from the essentials.

For many years there has been discussions about which ones were essential and which were not. The problem is that the synthesis capacity of some of them can change according to age and other conditions (genetic diseases, wounds and burns, etc.). Today it is believed that there are 12 essential amino acids.

The biological value is therefore the only "qualitative" parameter to really take into account.


Divided into high, medium and low, this index translates into a number that can be placed on a scale from 0 to 100, which allows you to establish the amount of protein actually absorbed and used by the body.

The proteins with the greatest biological value are of animal origin, i.e. from eggs, milk, meat and fishery products. Not surprisingly, in order to guarantee that nutritional needs are met, it is generally recommended that at least two thirds of total proteins come from animal sources.

On the other hand, it is always a good idea to consider that what matters is the amount of amino acids taken, that is, the units essential to the composition of proteins. In this sense, the vastness of proteins of vegetable origin means that, by combining or alternating them correctly, it is possible to compensate for the lack of one or more essential amino acids that characterize these nutrients.

Speaking of vegetable proteins, those of legumes are not complete and are deficient above all in two amino acids, methionine and cysteine. On the other hand, cereal proteins are generally sufficiently rich in these two units, but are poor in lysine and tryptophan, instead adequately supplied by legume proteins.

This is why, from the point of view of the protein profile, the combination of legumes and cereals is a winner.

The etymological root "macro" (large) refers to the quantity in which these nutrients must be introduced. The total protein requirement is in fact several grams per day (g / day).

The diet must always contain a minimum amount of protein, which in a sedentary healthy adult is around 44-55 grams g / day, or about 0,8 g per kilogram of "normal" body weight (g / kg) - the the maximum recommended limit, on the other hand, is about double. In growth and with particularly high levels of physical activity, the requirement can increase significantly.

add a comment of Legume proteins: what is there to know?