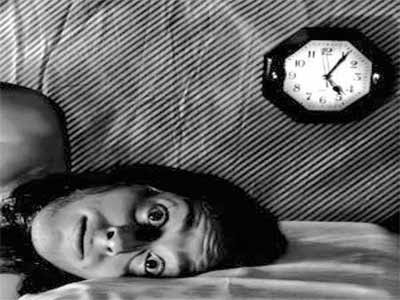 Lack of sleep affects the brain and can cause everything from dementia to obesity, metabolic diseases and even, in extreme cases, death. In everyday life, sleep deprivation occurs by slowing down our reaction to environmental stimuli, alters our reasoning skills and causes difficulties in concentrating on those activities that are monotonous to us. Studies have also shown that sleep alters our performance on memory tests and profoundly affects our learning ability.

A study conducted at the University of Minnesota found that lack of sleep causes our brains to behave like that of a teenager. Because? The reason is simple: sleep deprivation hinders the functioning of the frontal lobes, which are primarily responsible for executive judgment; that is, the ability to pay attention and make good decisions.

Researchers note that when people are very tired and need sleep, blood flow to areas in the front of the brain decreases and brain waves move more slowly. As a result, our ability to react assertively to environmental stimuli is affected and we are more likely to make mistakes or do things we would never have dared to do.

A recent study from Uppsala University in Sweden suggests that lack of sleep causes us to lose brain tissue. These researchers studied 15 young and healthy volunteers, half of whom did not sleep overnight while the other half benefited from an 8-hour sleep. The next day, the researchers ran blood tests and what they found was surprising.

High concentrations of NSE and S-100B, two molecules normally found in neurons and glial cells, were found in the blood of people who had not slept. This 20% increase in NSE and S-100B levels suggests that lack of sleep leads to loss of brain tissue. In fact, in some previous studies it had already been seen that people with a neurodegenerative disease showed very high blood levels of these molecules.

Why is sleep so important to our brains?

During the normal sleep cycle, the glucose levels of the brain metabolism drop by 30%, compared to a waking state. This is because during sleep the amount of information processed by our brain is drastically reduced. Conversely, when we stay awake, the processing of this information continues in such a way that our brains continue to use glucose.

What does all of this mean in terms of metabolism?

Roughly speaking, staying awake requires more energy, which our body extracts from glucose. In this process, called oxidative phosphorylation, there is a small amount of by-products which are known as reactive oxygen species (ROS). Obviously, the lower the amount of sleep, the more reactive oxygen substances will be produced and which will eventually cause damage to neurons or even cause death.

In this regard, a study recently carried out at the National Institute of Neurological Disorders and Cerebrovascular Accidents in the United States found that while we are awake and our brains remain active, these waste products continue to accumulate. However, during sleep we get rid of these through a network of small channels that run through the spinal fluid which is responsible for sending all these toxins to the liver, through which they will be completely eliminated from our body.


Therefore, lack of sleep not only increases the amount of waste products of the brain metabolism, but also prevents their elimination. So it is not unreasonable to speculate that lack of sleep may be a determining factor in the onset of neurodegenerative diseases such as Alzheimer's, which is nothing more than the accumulation of plaques produced by beta-amyloid, a protein that begins by destroying synapses. and ends up attacking neurons.

add a comment of Lack of Sleep: How It Affects the Brain