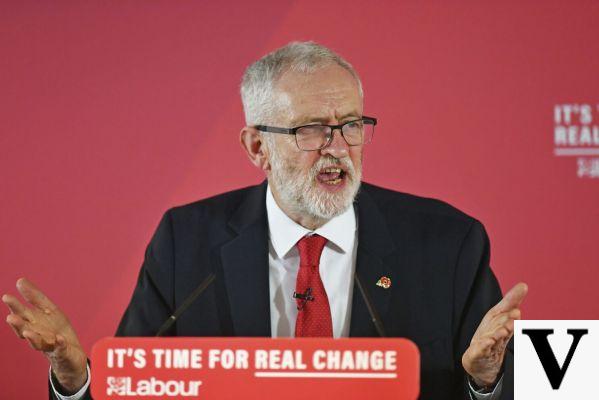 Every day in the world many people are approaching the vegetarian and vegan diet. However, this is news only in the case of famous people. This is the case this time with Jeremy Corbyn, leader of the UK Labor Party.

In fact, the British politician, also known for his views on Brexit, is vegetarian for many years but now he seems to have made up his mind to go a step further by gradually becoming vegan. The confirmation comes from a statement by Corbyn himself made at an event organized by the cosmetics manufacturer Lush in which he participated in London.

This is his answer to those who asked him if he had ever set himself the goal of becoming vegan:

Together we can work towards a better, fairer future. That’s what @jeremycorbyn put forward at the #CreativeShowcase https://t.co/3dCJdhQrbQ

Corbyn worked on a pig farm when he was young and became a vegetarian as a result of that experience. Almost 50 years have passed since then and the Labor leader has now decided to take a step forward by becoming vegan. Contributing to the decision to change his diet again was, among other things, one of the closest relatives of the politician who has recently become a vegan, who invited him to a tasty dinner that was in no way inferior to those at based on animal products.

With a gradual process, therefore, which will include more and more 100% vegetable meals every day, the British opposition leader is therefore preparing to embrace the vegan diet or almost. There is indeed a stumbling block to overcome, a matter of “gluttony”: in fact, man is particularly fond of an English cheese, Somerset Brie which, if he wants to achieve his goal, he must learn to deprive himself.

other well-known personalities who have gone vegan also read:

Corbyn has already distinguished himself more than once for his environmentalist and animal rights lifestyle: rides a bicycle, fights for animal rights against experimentation and the use of the fox in traditional English hunting, etc. Becoming vegan in all respects would therefore represent yet another piece of a "green" path that has already begun a long time ago.


We hope that his will be taken as a good example and put into practice by other parliamentarians as well as by those citizens who share his political ideas.