La Pareidolia: Why do we see faces where there aren't any? 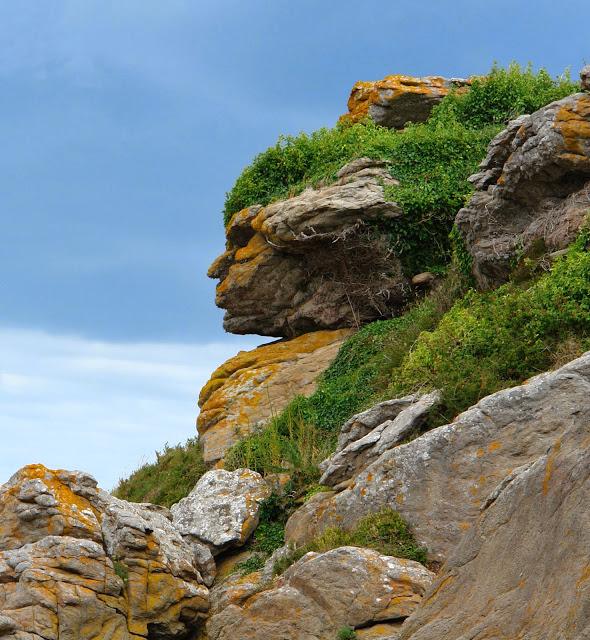 Our brain is so used to seeing faces everywhere that it detects facial features even where there are none, such as in stones, clouds or in a patch on the wall. This phenomenon is well known in psychology and is called: pareidolia. In practice, the pareidolia it would consist in mistakenly perceiving a stimulus that is vague or aleatory and giving it a recognizable shape.

Obviously, all people do not have the same ability to distinguish apparently non-obvious faces and patterns. For this reason, a study now intervenes to ask why some people are more likely than others to perceive illusory faces.

To answer this question, the researchers selected dozens of photos, some vaguely reminiscent of the appearance of a face and others not. The images were very varied and included furniture, natural landscapes, cities and rocks.

Of all the candidates who turned up, they chose 47 volunteers. Three groups were formed later: those who believed in paranormal activities, religious and atheists.

Of course, this isn't the first experiment that is done trying to understand why some people give different meanings to visual patterns. In the past it was shown that those who believe in the paranormal have a tendency to draw conclusions based on inadequate or not entirely objective evidence.

There are many explanations for this phenomenon. For example, Jeff Hawkins argues that it is due to the fact that we humans have a tendency to set patterns following our experiences and beliefs. This would explain why doctors can distinguish human organs within blurry images more easily than the rest of people. In practice, our brain makes sense of what we see depending on what we have experienced and our expectations.


Carl Sagan offers us another theory. He claims that it is due to an ancestral survival technique, given that in the past, distinguishing the faces of friends from enemies was essential to save life. Thus, our brains have been improving and are currently being programmed to identify human faces using very few details. Thus we could recognize a person from a distance, even in low light.

In 2009, a very interesting study developed which supports Sagan's theory. In this experiment it was found that perceiving human faces in blurry images causes an activation of the fusiform ventral cortex, a response that is found when we see real faces but not when we see objects. Scientists speculate that this area has been specializing in the recognition of faces and acts practically automatically to, subsequently, give the brain time to perceive whether the face shows anger and aggression or if, on the contrary, it is a friendly face.

Of course, this phylogenetic theory doesn't fully explain why some people are more likely than others to see faces. Finally, I consider that the most adequate explanation would be that, even if we have a greater ease in distinguishing human faces in relation to objects, our experiences and expectations play a fundamental role when confirming an image starting from confused tracks.

The personality and its dark areas ❯

add a comment of La Pareidolia: Why do we see faces where there aren't any?