Kipping | How is it done? All Explained!

By healthiergang writer , student in Medicine and Surgery.

In the world of Cross-Training, Kipping-style movements are very common, and not only concern the execution of pull-ups (Tractions), but also that of other gymnastic movements such as muscle-ups, Toes-to-bar and Handstand Push-ups (upside down thrusts).

In a nutshell, by Kipping we mean the dynamic movement developed by the hips and core in order to make the exercise faster. So as to grind a greater number of repetitions in the same unit of time. That is by comparing this number with that of the same version of the exercise in the strict version.

Of course not everyone is capable of it and first of all you need good coordination of the lower and upper body, excellent control and stability of the core. As well as a good strength acquired during the movement carried out in strict.

In disciplines such as Cross-training, in which you try to complete all the training in the shortest possible time or try to establish a maximum number of repetitions in the unit of time, they are very useful. As they allow a considerable saving of energy in the main muscle areas involved in the exercise, but for the purpose of increasing strength or, in disciplines such as gymnastics, they are scarcely considered or even considered a sort of cheat, i.e. a distorted execution . Where instead the original movement is preferred with the almost absence of body oscillations.

So, hearing the word Kipping, the first association that comes to mind is certainly that of pull-ups and it is precisely on that that we will focus our attention, and then open a small window also to Handstand push-ups and Toes-to- bar. 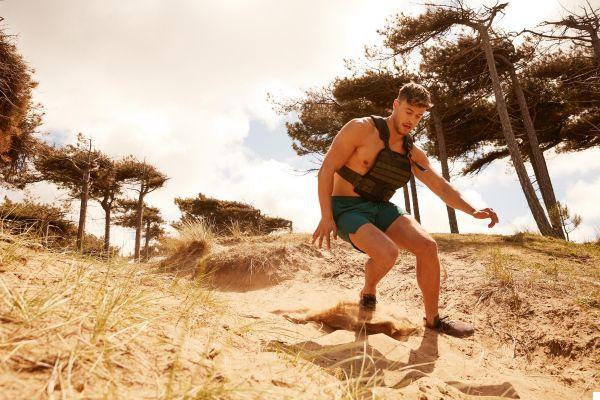 If we already have in our luggage a good number of consecutive strict tractions (at least 10-12) and therefore a good strength, we can focus on Kipping.

The movement involves in addition to the back muscles, and the biceps, also the hip extensors, the thigh muscles and the core.

During this type of movement, it is essential to pay attention to the position of the shoulders, trying not to go into hyperextension, especially in the dynamic position of "superman". It would be a good idea to always dedicate yourself to the mobility of the shoulder-blade girdle with some dedicated exercises. Both on the ground and on the bar, in order to reduce joint stress and bring greater fluidity to the technical gesture.


Even in the case of Toes-to-bar, performed at the barre, the hollow and superman positions are always preparatory to the gesture. Arriving at the point where the knees are pulled towards the torso. Instead of pulling, as in the previous exercise, you bring your feet to the bar.

The return thrust that was previously provided by the pectoral muscles and triceps is now guaranteed by the extension of the hip and the active function of the lower limbs. Kicking back and then creating a kind of springback, so as to continue with the next repetition.

The same goes for the kipping gesture in the Handstand push-ups. That is, the contribution of the hip extensors is fundamental, but in this case they are used in the concentric phase of the movement, therefore in the moment of pushing upwards.

It is certainly a very difficult position to assume, in which the precarious balance does not always allow the correct execution of the exercise; in bringing ourselves upside down, with the opening of the hands a little wider than that of the shoulders, we bend our arms and touch the ground with our head; from here the knees are brought to the chest and the hips leaned against the wall; the explosive movement of the hips allows us to rise and reduce the workload at the level of the shoulders.


The repetition is considered valid only if the arms are fully extended and both heels touch the supporting wall.

In all the exercises seen, the scapulo-humeral girdle plays a fundamental role, both in conveying the return energy and in the concentric phase of the movement; it is therefore a good idea to always carry out some exercises to increase joint mobility and prepare the muscles well with dedicated stretching.

Audio Video Kipping | How is it done? All Explained!
Knees to chest | How are they performed? | Muscles Involved and Common Mistakes ❯

add a comment of Kipping | How is it done? All Explained!